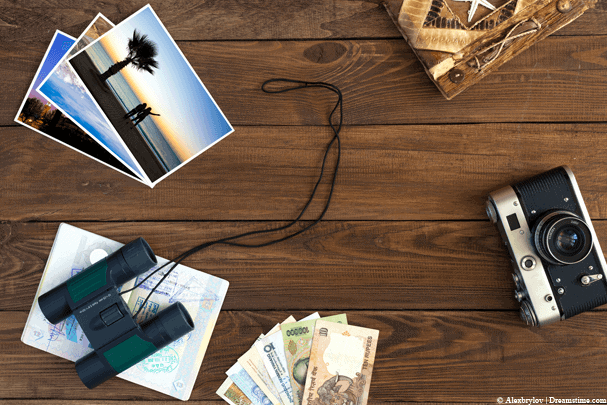 Finding a good VPN if you're a British expat can be hard but it need not be. In this guide I'm taking a look at 5 of the best VPN providers for British Expats which will help you make a purchasing decision.

There are a couple of good reasons to use a VPN if you're an expat and most will start with accessing good old British TV.

A VPN will allow you to access BBC iPlayer, ITV, Sky Go, BT Sport and a whole host more which if you're an expat will be a godsend. If you're like me then foreign TV never really lives up to British quality. Although most of us complain about there being “nothing on TV”, when you're away from home watching British TV is a major treat.

Another important area is accessing restricted content. Depending on where you're an expat you could find services completely blocked. This is especially true in the middle east, China, Thailand and a whole host of other countries. A VPN will allow you to keep accessing the services you want just like you were at home so you can keep in touch on social media and access other blocked websites.

Let's find out which is the Best VPN for British Expats.

If you're a British Expat looking for a VPN then you should definitely start with IPVanish. They are my number one recommended provider for the job.

If you want to access restricted websites in the country you're in then IPVanish have over 60 different countries to connect to. This will allow you to tunnel out of local restrictions and rather than being blocked from accessing websites you'll be able to bypass these blocks. For example you can access Facebook in China or adult websites in Thailand.

If you want to watch British TV abroad then IPVanish also makes an excellent choice for this purpose too. IPVanish has multiple VPN servers in the UK which gives you a choice of places to connect to.

Software is available for both PC and Mac and apps for Android and iOS which allow you to connect easily with minimal fuss. Even if you're a beginner there is no technical knowledge needed, just hit Connect and you're ready to go.

IPVanish costs US$6.49 per month which gives you the best saving, you can visit their website by clicking the button below.

If you don't want to sign up to IPVanish then you should consider signing up to ExpressVPN.

ExpressVPN is a little more expensive than IPVanish which is a bit of a negative but they do have more countries available to connect to so if this is something you need then the higher price tag could be warranted.

One of my favourite features of ExpressVPN is their massive 30-day money back guarantee that allows you to try their service for a whole month and if you don't think it's the best VPN for you as a British Expat then you can simply get your money back.

Software is available for both Windows PC, Mac and Linux and apps for Android and iOS mobiles and tablets.

With 87 different countries available to connect to it gives you plenty of options as an expat and with British VPN servers available you'll also be able to watch British TV regardless of where you're an expat.

StrongVPN is the smallest provider in terms of server locations but they do offer a large range of British VPN servers which is great news if streaming British TV online is your main goal.

Most of the VPN servers are concentrated in North America and Europe with a handful in Asia and 1 in Sydney, Australia. For this reason you'll need to consider your own needs and where you're currently an expat.

If you're in South America or Africa then StrongVPN is unlikely to be suitable because although you could access British TV you won't be able to connect to local servers for your everyday use as they won't be fast enough to access blocked or restricted websites.

StrongVPN are really cheap though at just $5.83 per month making them one of the cheapest providers available so if their VPN server selection is suitable then they're worth considering. Click the button below to visit their website.

Overplay is slightly different to the above options in that they offer both a VPN + SmartDNS package.

If you want to stream British TV then the SmartDNS service gives you the best possible chance of getting good speeds and avoiding buffering. This is especially important if you have slow internet such as living in a rural location or relying on mobile internet.

The VPN service itself will help you bypass any local censorship and access websites that are blocked in the country you live in.

Overplay has software for both Windows PC and Mac but unfortunately there are no apps for mobile devices. While you can still use the service on mobile devices you'll need to do the set-up manually which will be complicated if you're a beginner.

The service is also going to set you back more than IPVanish and at $8.33 per month you should consider if the SmartDNS service is necessary otherwise my opinion is to stick with IPVanish.

If you want to take a look at Overplay click the button below.

VyprVPN round up my selection of best VPN for British expats services.

VyprVPN has some of the most user-friendly apps and software I've seen so if you've never used a VPN service before then they're definitely worth considering.

VyprVPN recently expanded and now have access in over 80 different countries. This means no matter where you're an expat you should be able to find a server local enough that you can get good connection and access blocked websites while protecting your privacy.

VPN servers are available in the UK which will allow you to stream British TV and access other websites that need a British connection.

Being a British Expat is often hard enough but being able to keep access to websites that you enjoy always makes being an expat that much easier.

Above I've rounded up 5 different options that are all suitable however my number 1 choice is definitely IPVanish.

For the price they offer the best service and are the most reliable provider I tested. If for some reason they don't meet your needs then it's worth taking a look at the other providers too as they all offer slight variations of the same service.

Whichever service you opt to sign up for they'll all be suitable for British Expats so there is no need to worry too much about which to choose. Just select one, sign up and enjoy the freedom a VPN will give you as an expat.