Home » Guides » ExpressVPN vs NordVPN Comparison: Which is better?

ExpressVPN vs NordVPN Comparison: Which is better?

ExpressVPN or NordVPN, they’re two of the biggest names in the online privacy world, but which do you choose?

In this article I’ll be taking a look at these two most searched for, most recommended and most popular VPN providers.

By comparing their features side by side, we will determine which of the two offers a better service, price, speeds and more. Ultimately from this, you’ll be able to decide which service is best for you.

This is not going to be an easy task, as the two VPNs are somewhat similar in quality and many other aspects.

However, by breaking them down as much as possible, and comparing their crucial features, you’ll be able to see which VPN is superior for your specific usage.

So let’s take a look at the primary considerations when researching features.

This sounds great, but what’s backing this up?

They do not collect logs of your activity, including browsing history, data content, DNS queries, traffic destinations, and other such info.

They don’t even store connection logs, IP addresses, session length, or connection timestamps. They were recently fully audited by PricewaterhouseCoopers (PwC), to confirm these claims.

Turkish sources also proved the fact that ExpressVPN doesn’t keep logs during the investigation of the assassination of Andrei Karlov, the Russian Ambassador to Turkey.

Oh, and they’re registered in the British Virgin Islands for added protection. 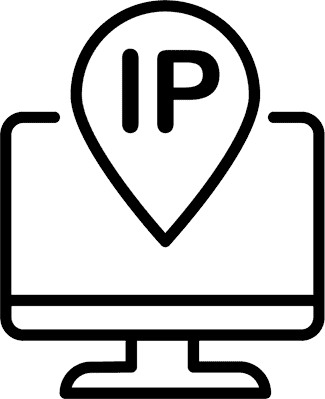 Now we have NordVPN, which claims pretty much the same – that their customer data security is the company’s top priority.

NordVPN’s Privacy Policy claims that the service processes user data only to a minimal scope. In other words, they only use the necessary minimum to provide a good service.

All personal data is processed automatically and manually, but no information is truly logged, apart from your email address and payment data.

They also make use of cookies, server load information, and customer service information, although much of this relates to accessing their website rather than when using their service.

NordVPN was also audited by PwC with positive results confirming their claims and became one of the first significant VPN services to carry this out.

The company is registered off-shore in Panama.

All in all, both services seem to be covering the no-logging part pretty well, and it’s hard to distinguish.

ExpressVPN pips it for us as not only has their no-log claim be audited but also been tested in a rather high-profile case.

In the era of geo-restrictions and all other forms of online censorship, ExpressVPN has become one of the go-to services for anyone wanting to unblock any content.

One area they standout in is unblocking TV streaming services.

ExpressVPN offers servers in 94 countries, and they are routinely used for unblocking some of the most popular services.

Whether you want to access BBC iPlayer, any country’s Netflix, or some other service – ExpressVPN pretty much has you covered.

The servers are super fast, as well as highly reliable, which is excellent for unblocking streaming content in high quality. 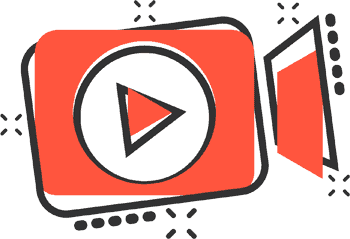 NordVPN is also popular for accessing the content of many different countries, including the likes of US Netflix, iPlayer, Sky Go, ESPN+ and more.

It allows you to access these and other services from pretty much any location on the planet.

It is why NordVPN is well-known among those suffering from censorship (such as China). As well as those wishing to access geo-restricted content of countries like the UK, Australia, Canada, the US, and others.

In the end, both of these services are pretty good and reliable when it comes to bypassing geo-restrictions.

However, ExpressVPN is our winner here. It’s just that bit more reliable for unblocking the most popular streaming services even though NordVPN comes very close.

Since we all have numerous devices that can be used for connecting to the internet and browsing, it only makes sense to protect them all with a VPN.

ExpressVPN allows you to protect up to 5 devices with a single account simultaneously.

You can download the VPN app on as many devices as you wish, and use it on five different ones at the same time. This is handy for protecting multiple devices of a single individual, or even your entire family’s phones and computers. 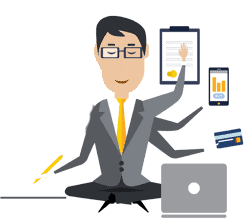 NordVPN is slightly better this time, allowing a simultaneous connection on up to six devices.

One device more doesn’t seem like a big deal, but it can be useful for those with many devices. Alternatively, a family of three could have up to two protected devices, each.

NordVPN gets the win on this one. Although ExpressVPN has only just recently upped their limit, NordVPN has been offering more for longer.

Speaking about multiple devices, it is important to know which of them you can count on being protected by ExpressVPN.

The service has a lengthy list of dedicated apps, including those for macOS, Windows, iPhone/iPad, Android, Linux, select Routers, as well as VPN extensions for browsers like Chrome and Firefox.

Most of their apps come with added features like a kill switch and split tunnelling to enhance your secutity.

Then, there are apps and set-up guides for Chromebook, Kindle Fire, and even consoles and Smart TVs.

That’s not it either!

ExpressVPN can also protect PlayStation, Xbox, Nintendo Switch, AppleTV, Amazon Fire TV Stick, Samsung Smart TV, Roku, Chromecast, Nvidia Shield, and others. Some of these will require you to follow tutorials for manually setting up.

When it comes to NordVPN, it offers dedicated apps for Android, Windows, macOS, iPhone/iPad, Android TV, Linux, as well as browser extensions for Chrome and Firefox.

Their apps also feature options such as a kill switch but have the addition of double VPN servers sending your connection through two locations.

Additionally, there’s a neat app for the Amazon Fire TV devices, which is excellent for unblocking content from overseas on your TV.

It would seem that ExpressVPN offers a better deal in this regard, with support for many devices.

However, NordVPN has good support for all the most popular devices and can also be manually configured to work with others, although that would require a bit of technical knowledge.

Finally, it is time to compare the prices. ExpressVPN comes with three different plans.

The first one is the 1-month plan that would cost you $12.95 per month. This is by far the most expensive option and one I recommend you avoid unless you’ve inherited some serious cash from a wealthy aunt recently.

The second one is a six-month plan, which comes in at $9.99 per month, marginally better for committing but still on the expensive side.

Save 49% off and get 3-months completely free on any 12-month subscription using our exclusive deal link. 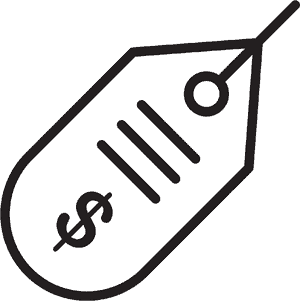 When it comes to NordVPN, it has four plans, which include:

1-month plan for $11.95 per month. Again this is on the expensive side. A 1-year plan for $6.99 per month, which is slightly more expensive than ExpressVPN’s deal offer, but not by much.

There’s also a 2-year plan, for $3.99 per month which is excellent value although you’ll need to consider if you want to be locked in for such a long period. Although as it costs so little extra in comparison to the 1-year package, it’s worth considering.

Then there is their 3-year plan, for $2.99 per month making it the cheapest.

NordVPN wins when it comes to the pricing, as it has more plans, including a 3-year plan for those willing to commit for such an extensive period.

Other services to consider

We have already given you plenty to think about and consider.

But, if you are after a different solution, you might also want to consider services like CyberGhost VPN, IPVanish, or VyprVPN.

CyberGhost is an outstandingly fast VPN with low prices, a high number of servers, and one of the most extended money-back guarantees of 45 days.

It has apps for numerous devices, such as Windows, Mac, iOS, Android, and alike, and it features over 4,800 servers in 59 countries.

IPVanish often receives criticism for its short 7-day money-back guarantee, but it is also the only major service that will let you protect as many as ten devices at the same time.

It has servers in 75 locations, reliable protection, and a no-logging policy. At the same time, its prices are sensible, and the service is trusted and reputable.

Finally, VyprVPN is another go-to VPN when you want to unblock content, and it works especially good with Russian services, which many don’t.

It protects many different devices with robust security features, and it covers over 70 countries around the globe. It has a 30-day money-back guarantee, standard prices, and its parent company is almost as old as the internet itself.

As for the two main competitors, the stats do not lie, and they tell us that ExpressVPN is a better choice, even if only slightly.

The two services are pretty much identical in a lot of aspects, and either of them will make a great choice.

If you want to protect a more significant number of devices or snag a lower price, choose NordVPN. ExpressVPN is useful if you are after a higher number of covered countries, a greater number of dedicated apps and unblocking more streaming services.

We would recommend trying ExpressVPN, and if you don’t like it, you could always get your money back during the first 30 days, and then go and try NordVPN instead.

Ready to get protected? Try our recommended VPN service provider.