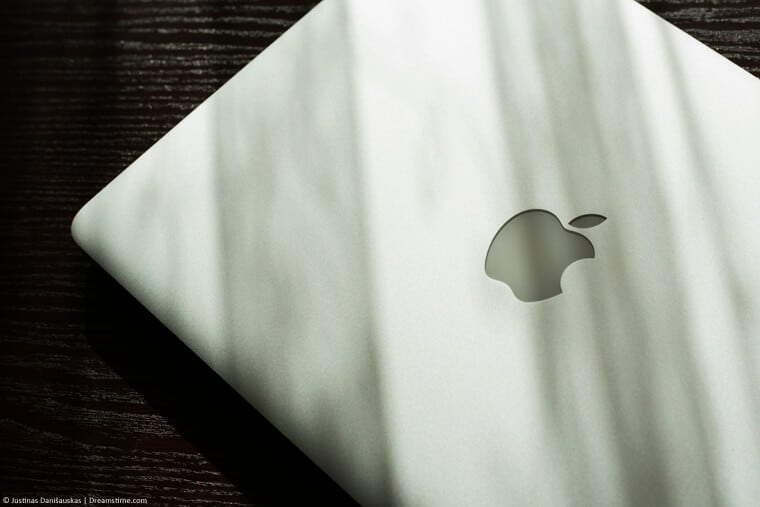 They are the device of choice for most professionals and when it comes to status symbols, there is no better computer around.

Whether you prefer a MacBook, MacBook Air, or iMac, if you are using an Apple Mac computer, the chances are you are serious about your computing and know your stuff.

So, you should be aware of how important using a VPN is with any device these days. The question is, which VPN is the best to use with your Mac?

ExpressVPN is currently the leading choice VPN for Mac systems but there are some other good choices which we'll explore in this article.

In this article, we will tell you which are the most suitable VPN apps for Macs this year, to help you make the right decision.

How to choose a VPN for Mac?

Choosing the right VPN for a Mac is not a simple task. All Apple Mac computers are special and have features and settings which differ from all other devices. This means it is vital that you choose the right VPN for your device.

In making this decision, there are a number of different factors you should look for. These are:

While there are plenty of Virtual Private Network services that support Apple Mac systems, after some extensive testing we've decided the following five are best for a wide range of uses:

ExpressVPN is our top recommended VPN overall, but their offering for Mac users is also head and shoulders above the rest too.

Their dedicated Mac app is the best we have come across and works with all recent versions of the Mac OS, including the recent updates.

We love the Mac-specific ‘connection per app’ feature which allows Mac users to use split tunnelling to choose which apps will connect through their service and which will not. The ability to choose additional security where it is most needed is a real bonus.

Like all users, Mac owners can benefit from ExpressVPN’s huge server network, which currently covers 148 locations in 94 different countries. You can also enjoy state-of-the-art encryption and strong privacy protections too which offer fast download speeds.

Prices are a little higher than some other providers on this list which is why it's best to take a 1-year package for the largest savings. With a 30-day money-back guarantee and the best service around, they still offer terrific value for money.

Our #1 Recommended VPN for Macs

Like ExpressVPN, NordVPN offers a fantastic dedicated Mac app which is beautifully designed and amazingly simple to use, even if you want to deploy some of their many additional features. These features are a real highlight of NordVPN.

As well as top-level encryption and water-tight privacy protections, NordVPN also offers such extras as double VPN connections, which reroutes traffic through two servers for extra protection, VPN over TOR servers, which also sends your data down the TOR network, and much more.

NordVPN also has a sizeable server network too with more than 5,500 VPN servers. In our most recent speed tests we found them to be one of the fastest VPN services available.

With extremely competitive prices and a 30-day money-back guarantee, NordVPN is a real contender for the crown as one of the better VPN services for Mac devices

If you're an Apple addict, the chances are you have multiple Apple devices running off the same account. This means IPVanish might be the best VPN option for you as they offer a huge 10 simultaneous connections with every single account.

There overall offering is not too shabby either. Like the top two VPNs on our list, IPVanish also offers a neat and well-designed Mac app which works on all recent versions and is really simple to use.

Their offering is not crowded with extra features, but if you need them, there are some crucial ones like a kill switch easily accessible in the settings menu.

IPVanish’s download speeds and encryption are up there with the very best too. There have been one or two questions about their no logs policies over the past year, but IPVanish remain adamant that they retain no user data.

If you are new to VPNs and want a provider that keeps things as simple as possible, then CyberGhost VPN is a great bet.

Their Mac app is one of the most user-friendly we have encountered, with single click options that set things up depending on what you are doing online.

If you want to unblock Netflix, torrent some files, or just secure your connection, CyberGhost lets you tailor your settings with ease and maximise the efficiency of your connection.

This ease-of-use doesn’t come at the expense of their all-round service either. CyberGhost offers 256-bit strong encryption, a good sized server network, and competitive pricing too.

And with a 45-day money-back guarantee too, for beginners, there is nothing to lose by giving CyberGhost a try.

VyprVPN was one of the first VPNs to commission an independent audit of their service. They passed with flying colours which is no surprise as they have been around for a long time and have consistently offered a top service for many years.

This remains the case and while some will say VyprVPN could offer a few more bells and whistles, the fact remains that they do the basics very well indeed.

The VyprVPN encryption and no logs guarantee is state-of-the-art and they have independent verification to prove this. They have a big server network too, which is great for unblocking content.

The service did used to offer a free-trial but this is no more. Instead if you want to give them a go you've got 30-days to get your money back which is more than enough time to test them thoroughly.

What Mac VPN is best for you?

As we noted above, while ExpressVPN is our recommendation of the best all-round VPN for Mac, if you are planning to use your VPN for specific things, then another provider might be better suited for you.

For example, if online privacy and securing your data is the top priority for you, then ExpressVPN is definitely the VPN to choose.

However, if you want a more affordable VPN that still offers a top service, then NordVPN might be a better fit for you, while VyprVPN is reasonably priced. Then there is the 45-day money-back guarantee available with CyberGhost VPN.

If you want a VPN to protect all of your Apple devices and maybe those of your family too, then IPVanish is a good bet thanks to their ten simultaneous connections.

On the other hand, if you are a beginner and a bit nervous about using a VPN, then we would suggest CyberGhost VPN as the best choice allowing you to connect up to seven devices concurrently.

To unblock Netflix, the BBC iPlayer or other streaming services, ExpressVPN is again the best choice as they work with more services than most.

Do these work with my MacBook, iMac etc?

The short answer to this is, yes.

All of the VPN’s we have recommended in this article offer a dedicated Mac app which you can download for free once you have signed up for their service.

These apps have been custom-designed to work with all devices that run on Mac OS. We have tested all of them on the latest version of Mac OS, and all worked absolutely fine.

So, whether you are using the latest MacBook Pro, the new Apple iMac Pro, or an older MacBook Air or an older bit of kit, you should have no problems using any of our recommended VPN services.

Do I really need a VPN for Mac?

Earlier in this article, we touched on the fact that there is a myth that Mac devices are safe and so security tools like a VPN are not needed.

This is absolutely not the case. Mac’s are more secure than Windows PCs and many other devices, mostly because Apple is so strict about what software makes it into their app store.

But you can still download software from the internet onto a Mac too. And if you have an internet connection or are using a public Wi-Fi connection, you are still vulnerable to hackers and other threats.

The benefits of a VPN are as vital to Mac users as those using any other devices. This is why VPNs have created dedicated Mac apps. And this is why most computer savvy Mac users use a VPN too.

If you have a Mac computer, a VPN is every bit as essential as for any other device. In this article, we have identified the top 5 VPNs for Mac, with ExpressVPN coming top of the pile.

But the best VPN for you will also depend on what you plan to use it for. We have also given some examples of when different VPNs might best suit your needs too.

If you're still undecided then give our recommended provider a try. They've got a 30-day money back guarantee so if you disagree with our assessment you can get a full refund.