Home » Entertainment » How to watch HBO Max in the UK

How to watch HBO Max in the UK 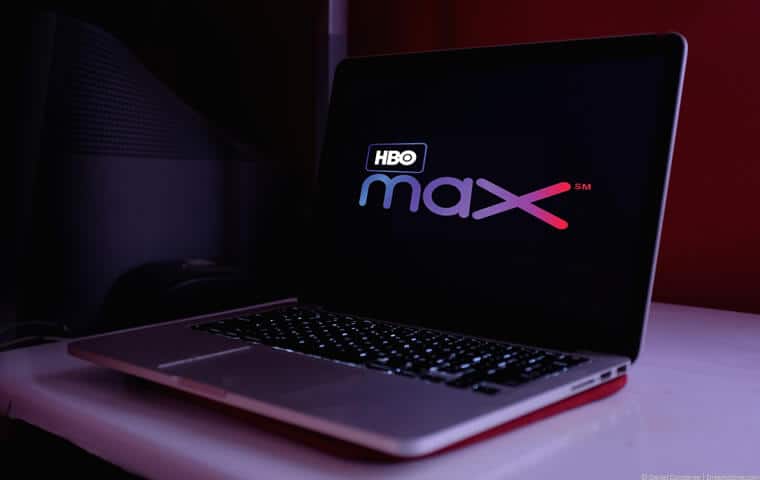 HBO Max is pretty damn awesome with all kinds of old and new shows. As such, it is attractive to streamers all across the globe, not least the United Kingdom.

However, most people cannot watch HBO Max in the UK, as it is only available to those located in the US.

In other words, if you live in the UK or you're here for even a short time, you will get the message that you cannot watch HBO Max in the UK as the service is not available in your country.

But, there is a simple way around this issue, and below I'll be showing you how.

To access and watch HBO Max in the UK, you will need two things.

The first one is a VPN, which will allow you to gain access to the streaming service in the first place. It's a online security app that lets you disguise your location and appear somewhere else.

The second one is a HBO Max subscription, which might be a bit more troublesome to obtain, but we'll cover this later in the guide.

You see, HBO Max only serves US streamers, and therefore, it only accepts payments from the US.

You cannot make a payment for it from abroad, so it's difficult (but not impossible) to subscribe to it from another country.

So this guide is mainly useful if you're an American resident in the UK for a period or if you know someone in the US who is happy to lend you their account details. There is a way you can pay direct from the UK too which I'll show you later on.

Obtaining a VPN and getting it to work is easy, but finding a good service is the first step, and that one can be tricky if you are new to the VPN industry.

You see, VPNs have become very popular in recent years. This caused several new services to emerge and clutter the space.

Now, finding a good, affordable VPN for UK HBO Max in a sea of bad ones is not that easy. Fortunately, after testing all the most popular services, I found these three to be the best, all feature US server locations which is essential:

While they can all connect to a US server and let you access HBO programs, ExpressVPN is arguably among the best, and it is often used for streaming due to unlimited bandwidth.

It is a perfect choice for watching HBO Max thanks to its fast connection speeds. You can get it on Google Play Store for your Android device, or Apple App Store for iOS. It also works with desktops, laptops, the Amazon Fire TV and plenty of other devices.

They've got a 30-day money-back guarantee, with its VPN server count being over 3,000.

That includes a number of US VPN server locations, such as San Francisco, New York, and many more.

So, you can easily connect to a US server via your iOS, Android or other device. While it doesn't have unlimited simultaneous connections, you can still use this reliable VPN service on multiple devices at once, and start streaming HBO series, or access other streaming services.

How to unlock HBO Max in the UK

As mentioned, finding a good VPN service is the most challenging step.

Now that you know which VPNs to go for, the rest is easy. You can follow these steps in order and you'll be streaming HBO Max with unlimited access in minutes.

How to choose a VPN for HBO Max

There are a few considerations before choosing just any VPN service. We've listed the main ones below.

1. Works with the service

All of the major streaming services, like Amazon Prime Video, Hulu, and HBO Max, try to block VPNs to prevent people from accessing their services internationally.

As a result, there are only a few reliable VPN providers that can let you access HBO Max, even among premium Virtual Private Network providers.

When it comes to free VPNs, there is pretty much a guarantee that not a single one will be able to unblock the HBO Max website or HBO Max app and make them available in the UK.

2. Apps for the device you use

Next, if you want to watch HBO Max in the UK on your favourite devices, you need a VPN that works with those devices.

A lot of VPNs only have a handful of dedicated apps, which might let you stream HBO Max, but not all devices are supported.

It wouldn't be good enough if you wanted to watch on your Smart TV if you were only able to unblock HBO Max on a PC.

Fortunately, providers like ExpressVPN offer numerous dedicated apps that will let you unblock HBO Max in the UK and stream all the most popular Warner Bros content.

With it, you can acces HBO Max via your Computer, iOS devices, Android devices, Amazon Fire TV Stick, Smart TVs, and more.

Finally, you want a VPN that will not only let you watch HBO Max in the UK, but also have a money-back guarantee, one that lasts for at least 30 days.

Since VPNs usually don't come with a seven-day free trial period, you can never know whether or not they can unblock the HBO Max app.

It would be bad if you managed to get your HBO subscription, only to discover that the VPN doesn't work on your Android or iOS device, or that it can't unblock HBO content, or that it is too slow to use with the streaming service.

This issue is solved with money-back guarantees.

Most money-back guarantees last for 30 days, but they can only last 1 day, 7 days, or even 45 days, depending on the provider.

Both ExpressVPN and NordVPN, which we mentioned above, have a 30-day money-back guarantee, while CyberGhost's lasts for 45 days.

What is HBO Max?

HBO Max is a US, subscription-based, video-on-demand streaming service with its own original programming. It is a relatively new service that has only been around for a little while, being launched on May 27th, 2020.

It is a service created by WarnerMedia and based on its HBO premium TV service. As such, it offers everything that the HBO TV service provides, and even more, with some original programming.

Lastly, HBO Max also offers some third-party content providers, which include those with which WarnerMedia has streaming rights.

If you are more interested in what is actually available on the service, let's list some of the shows that you can find. Those include old hits, such as Friends, as well as new ones, like Game of Thrones.

You can always enjoy an episode of shows such as The Big Bang Theory.

There are also countless major HBO titles, like Zack Snyder's Justice League, Suicide Squad, and more, that no other standalone streaming service can offer.

This is core HBO programming that you can only access on HBO. As you may know, Zack Snyder's Justice League has been a major hit, and DC's response to Marvel's Avengers, so it is definitely worth the watch if you have never seen it.

There is the entire 2005 Doctor Who revival series on HBO Max, as well as Top Gear, Luther, The Honourable Woman, and over 700 episodes of other content that initially came from the BBC, but is now also available on HBO Max.

There's a whole host of different shows that you can see if you can watch HBO Max in the UK, so get ready to do some binge-watching. HBO Max even has Cartoon Network!

The service only accepts cards registered in the US, and your payment has to come from within the country. This is the biggest reason why it is not available in the UK.

While you can watch from anywhere in the world after getting a subscription, that first requirement is a major one, and the most difficult one.

It's possible to use gift cards and other solutions if you're outside which we'll discuss below.

How to sign up and pay outside the US?

One of the easiest ways to pay for and watch HBO Max outside the US would be through gift cards.

You use your money to buy a gift card on the internet, and then use that card for payments. The gift cards come in various values, depending on how much money you wish to put into it.

One example that we found is the chance to buy a US HBO Max Gift Card directly from a site like MyGiftCardSupply or many others.

It is relatively cheap, although we would suggest doing your own research before purchasing as we can't vouch for third-party websites or services.

After that, simply go to HBO Max with the help of your VPN, and use a gift card as a payment method, and you'll be able to watch any HBO shows, as well as Warner Bros' movies like Suicide Squad, Wonder Woman, Justice League, and other available DC hits, among countless others.

Another option that will let UK viewers pay for HBO Max account and access HBO Max shows is to use a Statescard.

This is a virtual prepaid debit card that gives you a US billing address, and lets you pay for US-based services.

This is not our first option for financing your HBO Max account due to the cost. To open a StatesCard, you must pay a $3.95 monthly.

So, you will need close to $70 to open and fund the card, while buying a gift card is less than $30.

StatesCard is a good idea if you want to pay for multiple US services, but if you only need a single HBO Max subscription, a gift card is better. HBO Max cost itself is only around $15, so a gift card will definitely be a cheaper option, as opposed to even a paid cable TV channel.

Is there a free VPN for HBO Max?

There is, although we would strongly advise against using it. Free VPNs are usually not worth it and for a variety of reasons.

For example, most, if not all of them simply do not work. You cannot stream HBO Max in the UK with them. They are also slow and overcrowded, which leads to constant buffering.

They are also continually being blocked, and they don't have the tech and the means to avoid being blocked by streaming services like HBO Max.

Not only that, but they could also log your information and sell it to anyone willing to pay for it. In the absolutely worst case, they might even be owned by hackers who could get access to your sensitive data while pretending to serve you.

Do I recommend them? No!

HBO Max is the newish streaming service by WarnerMedia and one that is extremely popular.

Unfortunately, it only serves users from the US. But, if you grab yourself a subscription, you can easily watch HBO Max in the UK simply by using a VPN to connect to a US server.

For the job, I recommend ExpressVPN, but I've listed three good choices earlier in this article too.

Sign up, grab their app, connect to the US and enjoy watching HBO Max in the UK or any other country you visit.