Home » Entertainment » How to watch Top Gear outside the UK

How to watch Top Gear outside the UK 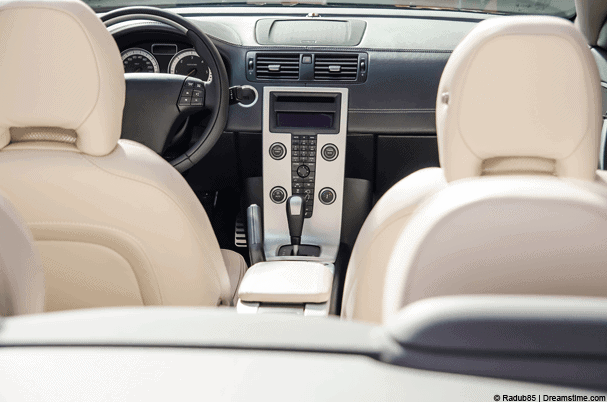 Top Gear is one of the most popular TV shows in the UK and worldwide, unfortunately if you're outside the UK then you're often reserved for watching old shows many months behind what the UK get.

So if you're travelling, an ex-pat or you've never even been to the UK and just love the show then in this guide I'm going to show you how you can watch Top Gear outside the UK from any country in the world.

A new series kicks off with a brand new cast (again) hoping to bring life back into the tried and tested Top Gear format.

The latest series will see the usual trials and tribulations, lap times, shenanigans, tours and a whole lot more.

Each episode will be shown on BBC 2 which is possible to watch online either live or on catch-up using the BBC iPlayer service.

So let's find out how you can watch Top Gear outside the UK below.

How to stream Top Gear outside the UK

If you're outside the UK and you want to watch the latest series of Top Gear then you'll need to watch on BBC 2 on BBC iPlayer. You can watch live when the show airs or you can use the catch-up service for up to 30 days after the original air date.

If you're outside the UK then you need to use a VPN service otherwise you'll be blocked from viewing with a message similar to the one below. 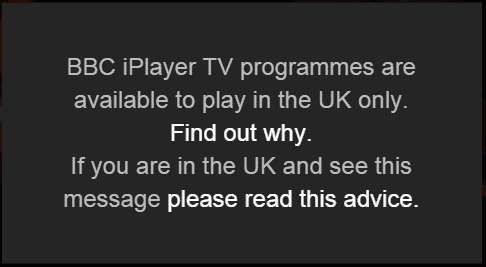 A VPN is a simple tool you download for your computer, laptop, tablet or phone and it allows you to disguise your online location and make you appear as if you're in another country.

So if for example, you're in Spain, you use a VPN to connect to the UK and then BBC iPlayer thinks you're in the UK so rather than see the block message like above you'll be able to watch Top Gear freely. This works for any country in the world.

VPN services are intended to protect your online privacy and a byproduct of this is allowing you to appear somewhere else.

As they've become really popular in recent years there are literally thousands of different choices and a quick search of Google will bring up a baffling array of options.

To save you time searching through them and possibly ending up with a bad service I've been testing some of the top providers and found ExpressVPN to be the most suitable to watch Top Gear outside the UK.

They're one of the fastest, easy to use and their price is competitive with other options.

If you want to take a look around I've put together a list of three providers who are all suitable for watching Top Gear outside the UK. Click below to sign-up.

Once you've signed up continue reading below to find out how to use the VPN service to watch Top Gear outside the UK.

The process is really simple and the basic premise is, download the VPN software or app, connect to a UK server, then visit the BBC iPlayer website either at the time Top Gear airs live or any other time to watch on catch-up.

Below I've put together a little more in-depth guide to help you on your way.

It's possible to watch on your tablet or phone outside the UK ONLY if you have the BBC iPlayer app previously installed on your device before leaving the UK.

This means you would have needed to have been a UK resident at some point. If you weren't then you'll only be able to watch on a computer/laptop so continue reading below.

To watch on a tablet or phone download the VPN app for the company you signed up to from either the Google Play or Apple App Store. Connect to a UK Server and then launch the BBC iPlayer app to watch Top Gear.

Below I've put together a step-by-step guide using ExpressVPN but it's the same process with both NordVPN and CyberGhost apart from the fact their software looks a little different.

Click the Selected Location option and then the United Kingdom.

Once the software has connected all that is left to do is visit the BBC iPlayer website. Don't forget you can watch every Sunday at 8pm BST/GMT or if you miss the show you can use the catch-up service.

If you've connected and you get the message that it is still unavailable in your country then all you need to do is disconnect and try another UK server. You can find these under Selected Location and then the small arrow next to the United Kingdom.

You can also try in Incognito or InPrivate mode on your web browser as it's possible it's remembered your old location and that is what is blocking you.

If you want to watch BBC's Top gear TV show from outside of the UK, then you'll need to use a VPN.

I highly recommend ExpressVPN, as they work incredibly well with BBC iPlayer and you'll have no problem unblocking Top Gear from overseas.

Get ExpressVPN now and enjoy one of the most entertaining car shows on TV.

Our #1 Recommended VPN for Top Gear