Home » Entertainment » How to watch the Champions League Final Online

How to watch the Champions League Final Online 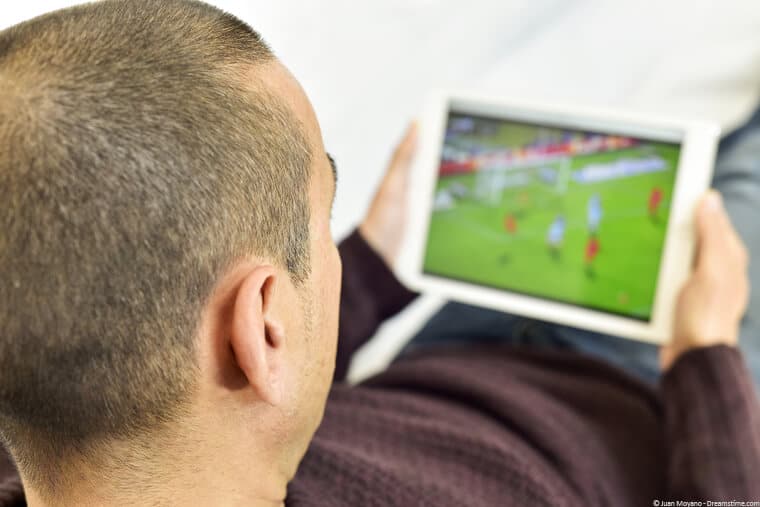 It's here, it's FINALLY here.

Man City vs Chelsea, a fixture that will have all of you Football fans salivating at the thought of such a game.

Below I'll be showing you how to live stream the Champions League Final from anywhere in the world, and what's even better is that I'll have you set up in a matter of minutes letting you concentrate on chilling beers ready.

Make sure you pay close attention to my Step By Step guide further down the article to ensure you can watch the game.

This past year has been excellent for football. As schedules get back to their proper timing and fans are being allowed back into games, albeit in limited numbers, the future is looking bright.

Manchester City beat a rather poor PSG in both legs of their Semi-Final winning 4-1 on aggregate.

While Chelsea brushed aside a lacklustre Real Madrid drawing their first game 1-1 and winning the return leg 2-0 giving an overall 3-1 aggregate score.

An all English final awaits.

Where can I watch the final?

The Champions League Final is being shown for free on BT Sport's Youtube channel. However, this will only be available to residents of the UK.

If you're in the UK, great – just head over there.

If you are living outside of the UK, then you will need the help of a ‘VPN‘ app. This will let you unlock content from other countries.

A VPN is a tool that can be downloaded to your device and will allow you to connect to the internet via a host of servers located around the world. By doing so, you can trick websites into thinking you are in another region.

When it comes to VPNs, there is one that is clearly the champion, that is ExpressVPN.

ExpressVPN is the most reliable VPN on the market, not only that but they offer connection speeds that will make Kylian Mbappe look slow, meaning that streaming UHD 4K football is a dream.

No more poor quality football streams for you, my friend.

But, ExpressVPN aren't alone up at the top, you may wish to check out NordVPN and CyberGhost VPN – the decision is yours!

Now that we have discussed how you can watch the Champions League Final from anywhere in the world let me guide you through the setup.

Now get those beers in the fridge.

Look, both teams are incredibly good. You don't get to the Champions League Final by mistake, they have beaten the best and now it's a battle of the titans.

Manchester City have recently won the Premier League which stands them in a good position for using that momentum to take the Champions League.

Without question, Manchester City are favourites to win. It's one of the only competitions they haven't won so I expect them to fight hard for this. However, pressure could see them fall at the final hurdle.

Regardless of the winner, this is going to be a huge final.

When and where is it taking place?

The Champions League Final is taking place in Portugal at the Estádio do Dragão on Saturday, 29th May 2021.

The Champions League Final takes place this Saturday where two football giants will be coming head to head to take the trophy home.

Manchester City v Chelsea is a fixture of dreams for many football fans. Both sides play incredible football and have very different styles, so it will be interesting to see what the outcome of this game is.

BT Sport UK is streaming the game for free on Youtube, but it is only available to UK residents.

To access the Champions League Final from any other country, you will need to use a VPN.

A VPN such as ExpressVPN will ensure you can watch the final in style, full high definition streaming will be easy with ExpressVPN and their ultra-fast connection speeds.

I'm excited for Saturday, are you?