How to watch the UEFA Europa League Final online 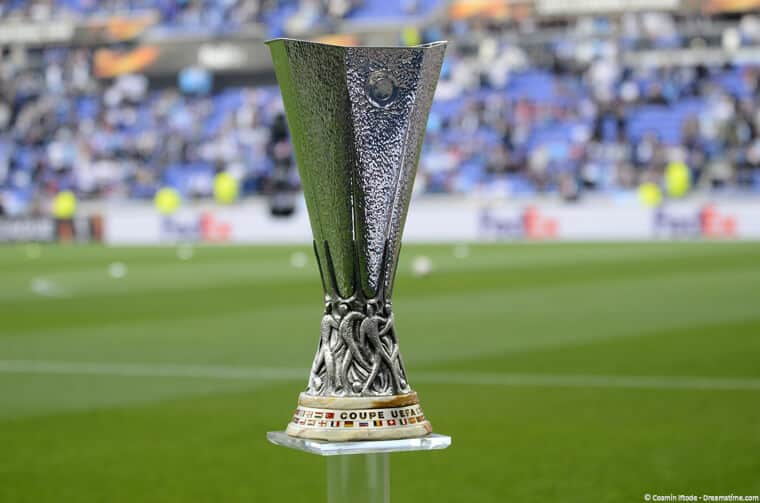 Football fans, this one is for you.

The Europa League Final is happening this Friday 21st August 2020 at 20:00 GMT, and I couldn't be more excited.

In this article, I will be showing you how you can watch the Final live from anywhere in the world.

You don't want to miss this EPIC showdown between Sevilla and Inter Milan, we know both teams are capable of scoring, so it should be one for the history books.

Before we delve into the exact ‘how-to' watch, let's firstly recap their route to the final.

On Sunday, Sevilla knocked Manchester United out of the competition and ruined their chances of winning their 1st trophy in over three years. It happened dramatically with a goal from Luuk De Jong in the last 10 minutes, sealing United's fate.

Monday nights football brought us an absolutely breathtaking game that saw Inter Milan send Shaktar Donetsk crashing out of the semi-finals with a 5-0 defeat. If I'm honest, I never saw that one coming.

This year's Europa Final is lining up to be an excellent fixture full of top quality football.

Where can I watch the final?

The Europa League Final is being shown on the UK's BT Sport Youtube channel for FREE, however, it will be restricted to those who live in the UK or some British territories.

If you live outside of the UK, your options can be limited.

But don't worry, I have a solution for you, and will have you set up ready to watch the match in a matter of minutes.

To watch the Europa League Final from ANY country, you will need to use a VPN app.

By using a VPN, you will be able to make BT Sport (Youtube Channel) into thinking that you are living in the UK.

There are loads to choose from, but my top pick is ExpressVPN.

If ExpressVPN were a football team, they would be unstoppable. They have the fastest speeds which are perfect for streaming high definition football, and their security features give them the best defence for your data.

No more pixelated football players where you can't see who has the ball… and sometimes wondering where the ball is (cough Ronaldo7).

You don't want that, so get ExpressVPN and avoid all of that nonsense.

However, it's nice to have a choice, so you may want to consider NordVPN and CyberGhost VPN, both are excellent VPN services. It's like picking your fantasy football team, the choice is yours.

Now you know what you need to watch the Europa League Final, let's get you set up with your VPN and get viewing the action.

Stream the game anywhere with ExpressVPN.

That's it! All you need to do now is do a beer run, get them in the fridge and call your mates round for kick-off.

This is a tough one.

While it would make sense to say that Inter Milan are the underdogs in this match, we know from their previous fixtures that they can score a lot of goals.

With players such as Lautaro Martinez and Romelu Lakaku hunting down the ball at any given opportunity, I suspect that they will manage to grab a goal or two in this final, possibly clinching the win for Inter Milan.

However, Sevilla is Europa League royalty.

They have won more Europa League finals than any other team, winning five finals and looking to win this years final to make them six-time winners.

Sevilla has some quality players in their squad such as Fernando Lorente, Luuk De Jong, Nevas, En-Nesyri, and Suso all of which will be looking to keep Inter at bay and take home the trophy.

While both teams are capable of damaging each other, I'm always a fan of the underdog, so my money is on Inter Milan winning this year.

When is the match taking place?

The Europa League Final is taking place in Cologne, Germany at the Stadion Köln on Friday, 21st August 2020.

The 19/20 Europa League Final is going to be a spectacle, a football match that you can't afford to miss.

Europa League royalty Sevilla are playing Inter Milan is are on the hunt for their first European trophy since they won 2-0 against Bayern Munich in 2010.

The two teams have never met before in a European competition, so this will be an exciting game.

BT Sport UK is showing the game for Free on Youtube, but you will need to use a VPN to view the game if you are living outside of the UK.

I recommend ExpressVPN as they are the champions of the VPN world.

Don't settle for sub-standard dodgy sites to stream your football, get ExpressVPN now, and watch the game how it should be viewed, in full high-definition.

I hope you enjoy the game. I know I will be.