Home » Guides » Why you should download a VPN before going abroad

Why you should download a VPN before going abroad 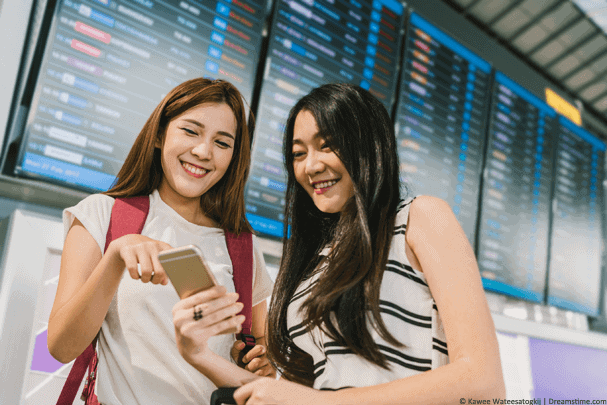 Should I download a VPN before going abroad? It's an obvious question and one I'll be answering in this article.

Travelling abroad can take many forms from hopping off on a quick holiday to longer term or even business travel.

Whatever your reason for travel, one thing is clear. Different countries have different rules and regulations and this extends to the internet.

While the internet is by essence borderless it unfortunately has not remained that way and what you can do on the internet in any given country can vary widely.

You'll already know that a VPN can allow you to bypass any internet restrictions.

Everything from accessing blocked websites, circumventing censorship and even unblocking and watching geo-restricted TV content such as Netflix and BBC iPlayer.

But should you download a VPN before going abroad or after you've arrived? Let's find out.

The short answer to this is, yes.

There are multiple reasons why you should download a VPN before going abroad but the simple answer is that you definitely should.

VPN apps have a varying degree of love depending on which country you're in.

In the western world or what would be considered the more ‘free' internet world VPN apps are usually for privacy protection but equally on a massive scale used to unblock and enjoy entertainment.

Compare that with a country with a repressive regime such as China and you'll find VPN apps are the bane of government.

Why should you download a VPN before going abroad

You're probably wondering why you should download a VPN before going abroad as opposed to after.

Depending on what country you're travelling to may depend on what access you'll get to VPN services.

China is the best example of this.

While providers such as ExpressVPN and VyprVPN work well in China their websites to sign up are actually blocked.

In fact, in the case of China, nearly every major VPN provider website is blocked. Even this very website itself is blocked in China meaning you can't even compare the best VPN services whilst there.

China isn't alone either. In many places accessing or downloading VPN apps is restricted. Egypt, India, Iran and a whole host of other countries can cause issues.

Even in some surprising places such as airports, cafes and hotels.

Why are VPN apps restricted from downloading abroad

There are numerous reasons why VPN apps are blocked from downloading.

The most basic reason is to stop you from bypassing any network restrictions. Often paid internet walls such as in airports can be bypassed by using a VPN and this is one reason why the owners of those services want to try and restrict you from using one.

In countries such as China, Iran, Egypt and others they attempt to block the downloading of VPN apps to retain a grip on the internet and the censorship which they enforce.

So you're saying I should download a VPN before I go?

Yes, that's exactly what I'm saying. Download a VPN before you go abroad.

When you're abroad you may find it difficult to:

There are a couple of other reasons why you may find it difficult to access VPN services abroad but they're the main ones.

If you want a hassle-free travel experience then it's definitely recommended to download and install a VPN service before you travel.

It's easy to be worried that the VPN may not work abroad.

However, with services such as ExpressVPN, NordVPN and CyberGhost VPN offering 30 day, 30 day and 45 day money back guarantees respectively you can be secure in the knowledge that even if you can't get it working abroad you can get your money back.

The alternative is you may never be able to access and sign up abroad and I know which I would rather do.

Where have you been using a VPN recently? Or where have you had trouble signing up for a VPN service? I would love to know so why not pop a comment in the comments section below.