Home » Guides » Articles » 8 Critical Reasons Gamers should use a VPN

8 Critical Reasons Gamers should use a VPN 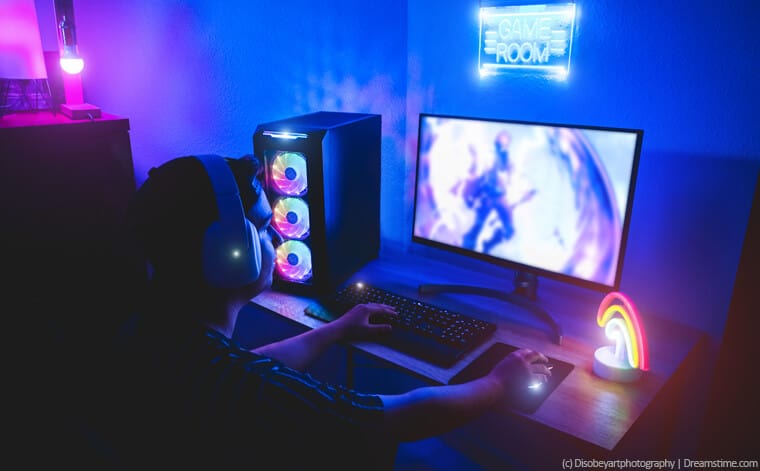 VPN technology has long been used for ensuring online privacy, security, and anonymity of internet users.

However, to say that the uses of VPN end with browsing or video streaming is incorrect. VPNs have numerous other benefits, and can even be used by online gamers.

Today, we will look at the 8 different reasons you need to consider using a VPN for gaming on the internet and explain how doing so can be beneficial.

Gaming is fun, engaging, and even exciting. However, it can also be risky if you play online, as there are countless examples of hackers and envious rivals conducting DDoS attacks against websites, games, and even individual players.

These attacks revolve around hackers sending many requests for information from numerous compromised devices, which ends up overloading the servers, causing them to shut down.

DDoS attacks are typically not that difficult to pull off, and so there have been cases where one gamer would DDoS the other one. If you've been on the receiving end you'll know how annoying being booted off your favourite server or game can be.

But, if you use a VPN, it will absorb the attacks and direct them away from your own IP address to that of the VPN.

VPNs are much more capable of handling such attacks than a single user, so using them while gaming is great for your privacy protection.

These days, games are not that different from movies when it comes to their release. Many of them have scheduled dates when they will come out, so that their communities are ready.

Just as the sun first rises in the east, so does the time of release come earlier in eastern countries. Using a VPN to connect to one of those countries to get the games early, before everyone else in Western countries, can be a major advantage.

This is great if you use services like Eldorado.gg because not only do they sell inexpensive game services and goods like PoE currency and Steam accounts but you'll be able to access your purchases earlier and more securely using a VPN.

Have you ever wanted to play a game, only to discover that it is not available in your area?

This happens to a lot of gamers, especially when it comes to games made in countries like Japan, Korea, and others in this region.

While these games are somewhat popular in the West, countries often make games with their original target audience in mind. These games are much more popular in those regions and so you usually cannot access them in areas where they're less popular.

Not without a VPN, that is.

With most popular VPNs having servers in these countries, you can easily connect to them and gain access to the games you are interested in.

Privacy is something that should come as no surprise, given that the reason VPNs were invented was for users to secure themselves.

When you play games on a certain website, service or server, your information is being shared, and so you tend to lose a lot of private data.

With a VPN, you can hide information such as your IP address. You can even encrypt your entire connection, so that nobody could intercept any other info, such as your credit card number from yourself to the VPN server.

Another thing that a VPN can help with is selecting the best possible route for your traffic to flow through.

This has a significant impact on speed, but also your ping. As you may know, ping is the time that it takes for data to flow from your device to the server, and it often happens that this route can be longer than necessary.

Or if there are issues on the route your ISP would usually take, a VPN can push your data via a different route.

A VPN can, in some cases, shorten it and help you handle competitive games much better. Finding a quicker route also helps by reducing lag, so you won't lose due to faulty technology.

The fact that your VPN hides your IP address and allows you to change it serves more than one purpose when it comes to online gaming.

As you may know, many game makers use IP bans as a way to keep certain users out of the game, if they happen to violate the terms of service or some rules. Sometimes you even get a jealous server host who hates on your superior skills and blocks your IP from connecting.

Many times, users get banned without even knowing the reason, as these games rarely send warnings, and they usually just remove a user from the server by blocking their IP.

With a VPN, you can return in less than a minute, simply by switching your IP for another.

One thing that you should know is that your internet service provider (ISP) doesn't like when you use too much bandwidth.

While none of them will admit it, they were caught many times artificially reducing their customers' internet speed in order to make it difficult to stream videos, download content, and yes, even play bandwidth heavy games online.

But, with a VPN, you can protect yourself from such problems, as now your ISP will not know what you are doing as you play your game online. Some of these games can be quite demanding when it comes to data, so using a good, fast VPN is very important.

8. Protect yourself on public Wi-Fi

If you like playing games on your mobile, tablet, or even a laptop, you might find yourself in need of public hotspots while you travel, or end up stuck in a hotel room, coffee shop, airport, and alike.

Mobile games are a good way to pass the time and have a bit of fun along the way, but they usually require internet and connecting to public WiFi can be dangerous.

Hackers often visit them in search of unprotected devices from which they can steal money, data, or even infect it with something and destroy your device.

Luckily, you can easily protect yourself with a VPN and safely use public hotspots no matter where you are.

As you can see, there are quite a few uses for VPN technology that gamers can benefit from, and it is not all about streaming Netflix or hiding from advertisers.

Gaming is massive these days, and easily one of the largest industries in the world. Unfortunately, that also makes it the most targeted or troublesome for other reasons.

Play safe by employing adequate protection, and no one will be able to harm you, block you, or restrict you in any way.