Zimbabwe ISPs are trying to block VPN as searches go up 1,560% 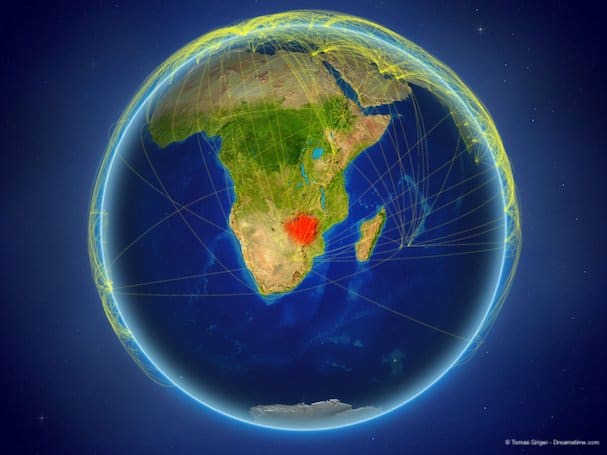 The ongoing situation in Zimbabwe seems to have taken a turn for the worse in more ways than one.

While reports of the military carrying out extra-judicial beating and even killings continue to grow, the ongoing internet shutdown is still hampering the flow of news and information in and out of the country.

As a result, many Zimbabweans are now turning to VPNs to get around government censorship and surveillance and access the internet without interference.

As we predicted late last week, VPN searches in Zimbabwe have gone through the roof with one news site, Bulawayo News 24, estimating an increase of a massive 1,560%.

The local tech website TechZim is now reporting that some VPN users are also having problems accessing social media sites. They suggest that this could be because the Zimbabwean government has instructed ISPs to try and block VPNs too.

“They are unlikely to achieve much success on that front given how VPNs work but they will no doubt score some kills,” the site concludes.

Most of the major VPN providers, such as ExpressVPN, IPVanish, and NordVPN, are still working in Zimbabwe and offer an easy way to get around government censorship. You will, of course, need some sort of internet connection in order to use them though.

TechZim a simple guide on how to get around a possible VPN block. They note that most VPN traffic is sent through certain ports which ISPs can try to block. But, as they rightly say, if you use the OpenVPN protocol, it is possible to change the default port and so keep your VPN working.

Their guide also touches on the possibility of Deep Packet Inspection (DPI) being used to block VPN traffic. This is possible but is not cheap and given the parlous state of Zimbabwe’s economy at the moment, it seems highly unlikely DPI is being used there.

While many Zimbabweans are battling to keep themselves online, one group of human rights lawyers is doing its best to get the whole country reconnected.

The Zimbabwe Lawyers for Human Rights (ZLHR), together with the local branch of the Media Institute of Southern Africa (MISA) has made a High Court Application on the legality of the Government directive which first shut down internet access to much of the country.

Zimbabwe’s biggest ISP, Econet has confirmed that it had blocked internet access as a result of a Government order. The said in a statement that the legal advice they had received was to comply with that order pending the High Court’s decision.

There is, so far, no indication of when the High Court is expected to hand down its decision. Econet also confirmed that, after temporarily lifting the internet block, they had now reinstated it following a fresh demand from the Government.

Without a hint of irony, the Zimbabwean Ministry of Information, Publicity, and Broadcasting took to Twitter to confirm the shutdown and attempt to justify it from a legal standpoint.

Sites including the Zimbabwean Ministry of Defence, the Reserve Bank of Zimbabwe (ZBZ), and the Zimbabwe Republic Police were all offline at the time of writing. According to Anonymous, they are three of more than 72 websites they have compromised.

These websites had been replaced with a statement from Anonymous which read, “We have previously seen innocent people being killed in Zimbabwe. We have seen oppression and tyranny. We have seen people being oppressed for fighting for freedom. We cannot tolerate that.

“We have successfully taken down 72+ Zimbabwe government websites. This is only a start. Your banking system will also fall soon. Zimbabwe government, you have become an enemy of Anonymous! Your systems are in danger! In the face of oppression, rebellion becomes our duty.”

Meanwhile, CNN has highlighted how the shutdown in Zimbabwe is just the latest in a series of internet blackouts across Africa.

The highlight the recent shutdown in the Democratic Republic of Congo which coincided with their recent elections as well as recent ones in Sudan and Gabon. At the current rate, 2019 looks likely to easily eclipse 2018 for internet shutdowns, with a total of 185 being reported over the previous twelve months.

As CNN rightly say, the best tool to get around shutdowns and internet censorship is a VPN and as we have seen, it is a message that seems to be getting through to the people of Zimbabwe.