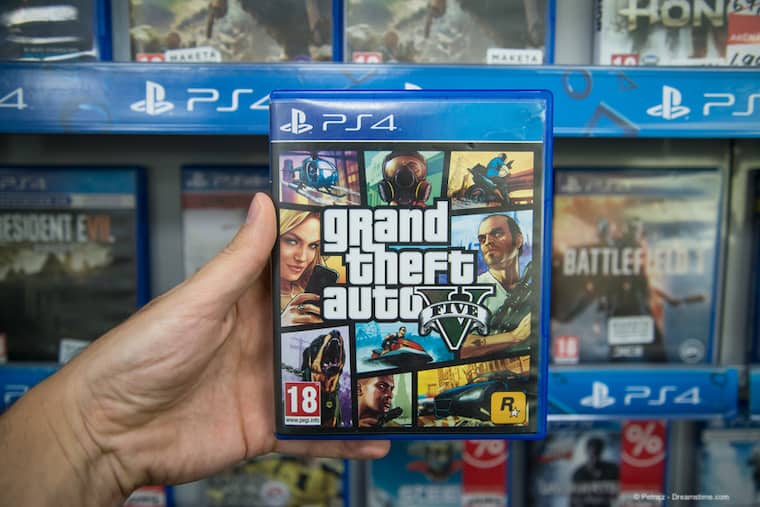 Scam adverts are a growing problem on YouTube and a popular trick is to use a well-known brand as a front to lure people into downloading a fraudulent or fake app.

The issue is rife and many YouTube users are familiar with the risks. But new reports have shown how one scam is driving users towards a fake VPN where a free trial will set you back a cool $99.

The scam in question involved a promoted video on YouTube that suggests viewers can enjoy free access to Grand Theft Auto (GTA) 5 on their Android or iPhone devices.

GTA is a wildly popular franchise and the fifth version of the game is the most recent having been released in 2005. But it was released on consoles and not on mobile devices and this remains the case.

But a lot of people will not know that and this promoted video points users towards a website which contains an app that claims to contain the full game. The fact that the app is just 18mb in size should flag to most users that something is amiss. But not everyone will be so attentive of course.

Where does a fake VPN come into this scam you may wonder. Well, once you have downloaded this app, the video explains that you then have to download another app before you can access the full game. That app is called Kasper VPN.

What is Kasper VPN?

If you are thinking you haven’t heard of Kasper VPN before, you’re not alone. Neither had we.

A quick look at the app in the Google Play Store shows it has a 3.8* rating but a disproportionately high number of 1* reviews. This again should raise a red flag but for many, the prospect of playing GTA 5 on their mobile device means they may not even look at this.

Looking through those 1* reviews, the word that crops up, again and again, is ‘scam’.

The way this scam works is that when you download and open the Kasper VPN app, you are invited to sign up for a free trial. As part of the sign-up process, you will have to enter your credit card details.

But after three days of the free trial, you will then automatically be charged a $99 annual subscription fee. Nowhere in the video are you told about this and the Kasper VPN app doesn’t mention it either.

It appears that once you have input your details there is no way to stop this payment being taken. You will be charged even if you have immediately deleted the app and never tried to connect to the service.

If that isn’t bad enough, though users who have persisted also confirm that the Kasper VPN app does not open up the full version of GTA 5 on the other app either. But of course it doesn’t, because GTA 5 is not available on mobile devices.

There is evidence that Kasper VPN is also linked to a number of similar scams including downloads of games like Apex Legends, Call of Duty, and Fortnite.

A Kasper VPN spokesperson has claimed that this scam is down to a rogue affiliate and said that a full refund is available if claimed within 48 hours of payment being made. We haven’t seen anything concrete to back up these claims.

Another thing there isn’t much evidence of is that Kasper VPN offers a credible VPN service. It doesn’t appear to have a website and finding out anything more about it is hard. Its developer is called Mint Technologies and it is the only app they have up in the Google Play Store, which in itself we find troubling.

The name has similarities with Kaspersky VPN which could suggest a link to Russia but there is no suggestion Kaspersky are involved in any way.

It is possible that these scams involving Kasper VPN are affiliate-led but given the lack of any other information about their service, it is not unreasonable to suspect the problems run deeper.

With the growing awareness and use of VPNs around the world, they are becoming an increasingly attractive tool for hackers and scam artists to con people into handing over money or personal information.

More often than not, scam VPNs such as these are free VPNs and regular readers will know that we always go to great lengths to warn people off these so-called free products which almost always come with hidden costs.

The World Trademark Review, which identified this particular scam has flagged it to YouTube and this particular promoted advert has now been taken down. But the fraudulent websites remain which raises the prospect of more adverts being out up and more people falling victim to this scam.

It appears than well over 100,000 viewers saw the GTA ad alone which could mean there are hundreds of victims already.

Scams like this are nothing to do with the real VPN market. But sadly, they damage the reputation of the entire VPN sector and that is in no-one’s best interests.