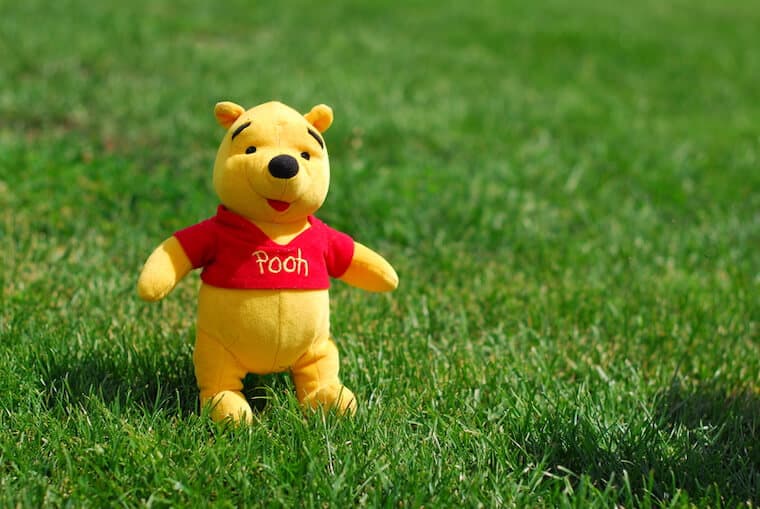 Oct 11th: Reports suggest Winnie the Pooh is now accessible again but Disney have not responded to comments.

Internet censorship has long seemed inevitable in Hong Kong as Communist China seeks to put down the democracy protests that have swept through the city over the past few months.

But, now it has finally arrived, the target is certainly not what most people were expecting.

Did the Chinese Communist choose to block encrypted messenger services, such as Telegram, which are being used by protestors to coordinate? No.

Did they target VPNs which many Hong Kongers are using to keep their online activity hidden from vengeful law enforcement agents? No.

The actual target of the first wave of internet censorship in Hong Kong appears to be… Winnie the Pooh.

Why block Winnie the Pooh?

To most people, Winnie the Pooh is the loveable character from the classic children’s books written by AA Milne. To others, it is the adorable Disney character in the classic animated adaptations of these stories.

But to China-watchers, and those inside the CCP, Winnie the Pooh represents unacceptable dissent against the Communist regime and its leader Xi Jinping.

Why? A couple of years back, someone online wittily noted the similarity in appearance between Xi and Pooh.

Images comparing the two started to meme and once that began sweeping the internet in China, it was only a matter of time before Pooh fell victim to Communist China’s army of censors.

References and images of Winnie the Pooh have been blocked in China for well over a year now. But up until this point, no such censorship had affected the internet in Hong Kong.

But from earlier today, Hong Kong internet users have begun to report receiving a 404 error message when they try to visit the main character page for Winnie the Pooh on the official Disney website.

Local news outlet Harbour Times confirmed the block, noting that the site was still accessible from the USA and they could still access it when using a VPN connected to a Canadian server.

Who is blocking Winnie the Pooh?

The obvious assumption to make is that Communist Party censors are now preventing Hong  Kong internet users from accessing this site. But one technical expert suggests it could be something even more sinister.

Gareth Hayes told the Harbour Times that a 404 error means that it is not ISPs or governments that are blocking access, but Disney.

This opens up the hugely concerning prospect that Disney might have taken the decision to block access to Winnie the Pooh in Hong Kong in support of Xi Jinping and the brutal CCP crackdown there.

It could also be a simple technical issue.

But the fact that the page is available in one country but not another suggests something altogether more sinister.

If Disney is unsure of how such a decision might play out with their US audience, they need only look at the recent experience of the NBA.

They found themselves sucked into a huge controversy after Houston Rockets General Manager Daryl Morey posted a tweet in support of the democracy protestors in Hong Kong.

China provides an estimated 10% of revenue to the NBA and they quickly scrambled to apologise to the deeply offended CCP.

This provoked an inevitable backlash in the USA where the sight of one of their major sporting leagues kowtowing to a brutal Communist regime was a far from edifying spectacle.

To their credit, the NBA has backed Morey’s right to freedom of speech although he has now deleted the tweet and a backlash from sponsors and Chinese fans seems inevitable.

It is quite possible that Disney’s actions on Winnie the Pooh could stem directly from this incident and be an effort to ensure their Chinese market share is not damaged by their association with Xi Jinpi… sorry Winnie the Pooh (they do look very similar).

Both Disney and the NBA could learn a lesson from the approach South Park co-creators Trey Parker and Matt Stone have taken to Chinese censorship.

They recently broadcast an episode of the show entitled ‘Band in China’ which mocked the efforts Hollywood producers will go to ensure their movies can be shown in China.

It also highlighted the brutal concentration camps in East Turkestan / Xinjiang Province where the Communist regime currently has more than a million innocent people incarcerated.

The inevitable response to this episode has been for Communist Party censors to wipe all mention of South Park from the Chinese internet.

How did the show react to this? Did they fawn and bow and apologise like so many others have?

No. They released a blunt and hilarious statement mocking both China and the NBA. It is well worth reading in full:

“Like the NBA, we welcome the Chinese censors into our homes and into our hearts.”

“We too love money more than freedom and democracy. Xi doesn’t look just like Winnie the Pooh at all,”

“Tune in to our 300th episode this Wednesday at 10! Long live the Great Communist Party of China! May this autumn’s sorghum harvest be bountiful!”

If more western businesses and people were willing to stand up and defy Communist China’s economic and political bullying, the whole world and China, would be a much better place.

Here at VPNCompare.co.uk, we stand with those seeking freedom and democracy in Hong Kong, with the oppressed Uighur Muslim population of East Turkestan, and with the people of places like Taiwan and Tibet who suffer from the malign influence of Communist China every day.

VPNs are a vital tool for Chinese people to circumvent Communist Party censorship and enjoy free access to information and the right to express their views online.

We are proud to play any part in promoting the use of VPNs in China. We are also proud that, like South Park, we have also been censored inside the Great Firewall.

We consider this an endorsement that our content is on the right track and we will certainly not be backing down either.