Wi-Fi safety while travelling in Bulgaria 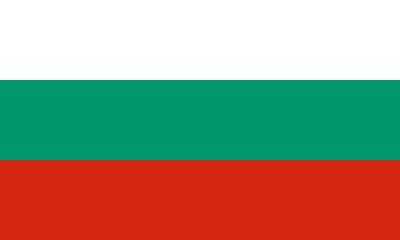 Virtual Private Networks have a multitude of purposes, in many cases readers like to use them solely for accessing content that isn’t available in their country, either due to having a liking for content from abroad or from moving location and wanting to keep up with programming from your country of origin.

One aspect of a VPN and a more original purpose is the ability to protect your internet connection, not only at home but also while abroad travelling. Looking for the best travel VPN can be a difficult choice because there are so many locations in the world we can visit these days and with global travel becoming more accessible knowing where to start in terms of a VPN that will be suitable for the purpose is a tricky task.

I’ve recently been travelling in Bulgaria which is a country with a population of around 7 million that joined the European Union back in 2007. Although they currently haven’t joined the Euro, the country has very much embraced the European spirit. As an EU citizen travelling between EU countries is very easy and with Bulgaria being one of the cheapest countries in terms of living it is becoming a very attractive holiday and living location for many EU citizens.

Being in the fortunate position of writing about VPN providers it allows me access to a range of services, all which are very good for travelling, one in particular that continually impresses in travel situations is IPVanish. The reason they are so suitable for travel is the huge wealth of locations available to connect to. Travelling can be very hit and miss in terms of internet connection and if you’re relying on Wi-Fi then speeds can vary. Bulgaria like many countries has a mass of Wi-Fi hotspots, from cafes and bars to other public locations like parks and the metro system. 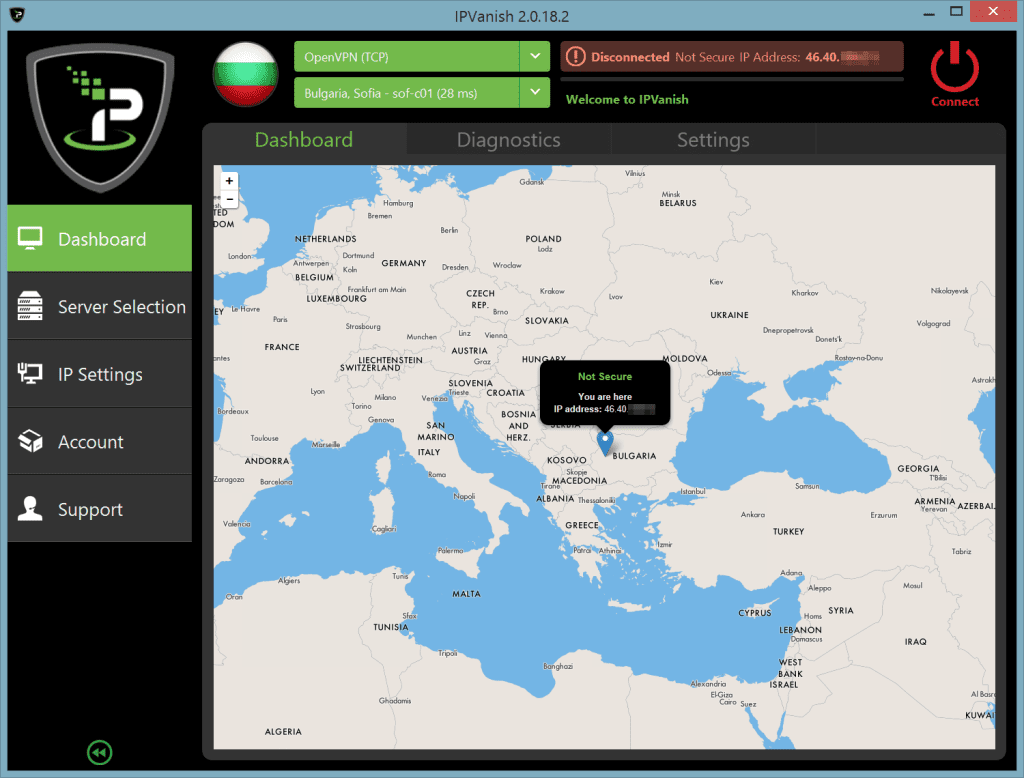 With so many public Wi-Fi choices, connecting is a rather easy affair and within the capital Sofia, speeds are generally good. Accessing the internet over public Wi-Fi systems causes a security issue and to stop criminals or those with nasty intent on ruining your travel then using a VPN to secure and encrypt your internet connection while using public Wi-Fi is essential.

With Wi-Fi being generally slower and public Wi-Fi slower again, connecting to a local location can make a huge difference in terms of browsing experience. There is nothing worse than being in a country like Bulgaria and needing to connect to locations as far away as the UK or even US. IPVanish have local connections in over 60+ countries. One of which is in Bulgaria itself and has made the browsing experience a pleasant one with as least speed loss as possible.

One of the benefits of a provider with such a big choice of locations is that the bordering countries of Romania, Serbia and Greece also have access points. So not only are you limited to a direct VPN connection in Bulgaria, the surrounding countries also provide fast access and security if you consider travelling on to some of the countries in the vicinity.

Using a VPN for travel is essential these days and is one of the most overlooked security features when on the move. I recently read an article in the inflight magazine regarding hotel Wi-Fi and how it is rather poor in the majority of hotels. The article explained that it is usually worse in the larger chain hotels and when someone decides to download a torrent the whole network starts to crawl at a snails pace. Although the article was insightful it made no mention of using a VPN in a hotel which is insane due to the insecure nature of public Wi-Fi systems.

With VPN services for a whole month costing less than the price of sandwich in many countries, even those of you who travel only once per year can take advantage of the low cost of the services of VPN providers and ensure your internet security while travelling either at home or abroad.