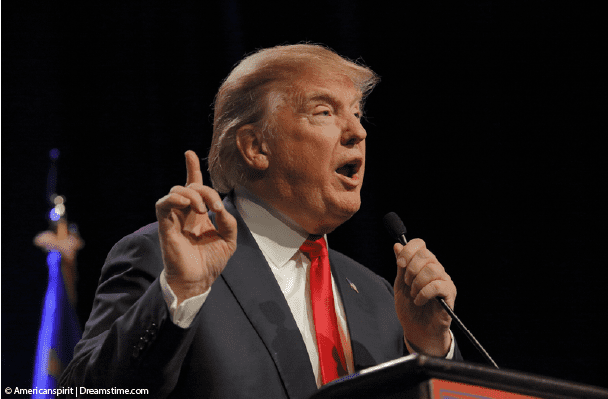 This Tuesday, Donald Trump defied all odds by securing the presidency over the highly favoured democratic nominee Hillary Clinton. His unlikely victory shook up much of the developed world and left many Americans feeling uneasy over the future of their country.

Trump’s campaign, for the most part, was dominated by debates over healthcare reform, illegal immigration, and character issues. Though his efforts ultimately led to an unlikely win, there’s a whole lot that remains unknown when it comes to Trump’s politics.

One such ill-defined area just happens to be digital privacy. Up until now, Trump hasn’t spoken to great lengths about his views on the subject, but many privacy advocates and legal experts alike are growing increasingly more concerned about what the future may hold.

Based on the limited information that we do have, it’s safe to assume that the president-elect will likely take a pro-government stance when it comes to surveillance. Just less than a year ago, Trump stated that he supports the reauthorization of the USA Patriot Act as well as bulk metadata collection by the NSA. “I err on the side of security,” he remarked at the time.

Further evidence of Trump’s unsettling views on privacy surfaced after the tragic shootings in San Bernardino earlier this year. If you recall, the standoff between Apple and the FBI over one of the shooters’ locked iPhones sparked a heated discussion about the importance of encryption and user privacy. Security advocates rejoiced as Apple stood its ground against the overreaching hand of the government, while Trump took to Twitter to call for a boycott of the tech company.

Though an old interview and a few angry tweets won’t necessarily translate to Orwellian surveillance measures, but judging by everything we’ve seen so far, they reinforce the idea that any hope at government reform on surveillance is probably lost – at least for the next four years. To be fair, this likely would have been the case regardless of which Republican took office, but that’s an entirely different debate.

The fact of the matter remains – Trump, along with his administration, will likely attempt to dismember the net neutrality rules passed just last year. Though repealing the rules won’t be an easy task, there are no guarantees that the president-elect isn’t going to at least try. And if this election has taught us anything, it’s that there is no predictions when it comes to Mr. Trump.

Amidst the speculation, the biggest concern (according to digital rights activists), is the fact that there are more questions than answers when it comes to Trump’s privacy policies. Prior to being elected, Trump gave just a single speech on the topic of cybersecurity this October, and aside from the very short (and vague) cybersecurity plan outlined on his campaign website there isn’t any other reliable information as to what we can expect.

Jay Edelson, CEO of law firm Edelson PC, and practicing attorney himself, summed up the public’s frustrations rather eloquently. “Nobody knows what Trump will do,” he said. “I don’t know if his past statements should be taken as gospel or if it’s more about emotions.” With that in mind, it’s completely feasible that the public will remain in the dark until Trump officially takes office this January.

Though Trump’s unpredictability makes for a valid point of concern, Edelson suggests that his politics, at least with regards to privacy, won’t be any worse than the Democratic administration before him. Albeit, the bar was set relatively low, ahem — recall the recent mass surveillance activities brought to light by NSA whistleblower Edward Snowden.

That said, Edelson is somewhat concerned that cybersecurity and data privacy regulations may become collateral damage in Trump’s “pro-business” agenda. Others, however, suggest that cybersecurity, along with other privacy issues, will take the backseat during his presidency and remain largely untouched.

As of now, it’s entirely too early to tell what Trump’s cybersecurity policy will look like, but once the president-elect begins appointing members of his cabinet, we’ll be able to get a much better understanding of his approach.

In short, when it comes to privacy advocates’ hope of surveillance reform, complete stagnation is shaping up to be the best case scenario for a Trump presidency.