What is Bitcoin and how it can help you pay anonymously 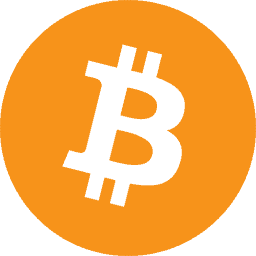 One of the central properties that defines Bitcoin as a currency is the fact that it is decentralized. Using any other payment method leaves a digital trail; if you use a classic banking service, a card or any other method to pay online, or to get paid, the transaction will always contain the name of the payer, or a bank account, or a card number. If, say, you were using PayPal, the same would be true, your account identification information is stored and can be traced.

This is where Bitcoin differs from any other type of monetary exchange online: it is decentralized; the monetary unit is called Bitcoin and the transactions themselves are not stored on a computer or a database or any other such centralized system. Instead, the transaction is stored peer-to-peer, and recorded in a public electronic ledger, with little info stored that can be linked to your name, an account number or any other such information.

So what is Bitcoin then?

Bitcoin is a system, a decentralized virtual currency, as the US Treasury calls it. In fact, the fact that it even is a currency, classically, is disputed by some authorities, and so cryptocurrency or digital currency as it is also known as stands alone and in itself as a new way of considering and thinking about currency.

To better get a hold of what it actually is, let’s take a look at the main method via which one can “mine” the currency, the way it is produced.

The production of the currency is a process known as mining. Unless you buy or trade Bitcoin, this is the only way to produce it. While with classic currencies, the production is left to centralized state authorities, Bitcoin can be produced by anybody.

A person basically uses hardware, computers, some specialized, some classic PCs to verify and record payments. Basically, any individual that helps keep the system up is rewarded with a certain amount of currency.

What is a Bitcoin wallet?

While the currency exists in this ether of computers mining and maintaining the network, actually owning Bitcoin and engaging in transactions is done via a wallet software application. The analogy to a classic wallet is revealing, as a wallet actually is a local repository and interface that contains the Bitcoin.

So, each time you want to store Bitcoin locally, or you want to check a transaction, your wallet is the interface from which you do it. The main difference, though, is that a charge back is impossible, and so, if, say, a wallet is stolen (the account that holds the Bitcoin hashes) the currency cannot be returned, since the hashes cannot be traced back to a wallet.

Also, making a wallet account is the way to buy Bitcoin. Wallet providers are also decentralized service providers and currently BitGo, Green Address, Hive, Xapo, Coinbase and Coinikite are a few of the most used services.

Buying Bitcoin can be done via Bitcoin exchanges. These are services that work like a classic monetary exchange, and at the moment, for Northern USA these are the most widely used exchanges: Coin Café, Expresscoin, CoinRnr, Coinbase.com, and Bitcoin Brokers.

A wallet provider is not essential to be part of the Bitcoin reveloution and can be stored on your own system in a local wallet, however should this become corrupt or misplaced your accrued Bitcoin stock will be lost.

Paying for a VPN service via Bitcoin

By its nature, using a VPN service is done to hide your actual location and personal information when surfing online. However, one caveat of using a VPN service is that you have to pay for the services, and, if you do so classically, by engaging in a classic monetary transfer, your data will be associated with an account.

Therefore, if you purchase your VPN services via Bitcoin, your anonymity is increased. Most widely spread and serious VPN service providers will offer you the option of purchasing their services via Bitcoin. The process is simple as the VPN website will have a page dedicated to the transaction. All you need is a wallet, to visit the VPN provider site and the transaction can be done securely.

Overall, Bitcoin is a revolutionary new type of way of thinking about monetary transactions, and while still in it’s early days, the system has evolved a lot. Like any other coin or currency, Bitcoin is also prone to fluctuations of value, and in its very early days the fluctuations used to be very intense. However, as the market matures these fluctuations are less rampant, and this makes this type of currency/mode of operating transactions relatively secure in regard to value preservation.