Home » Guides » Articles » How to watch Zog abroad in 8 steps

How to watch Zog abroad in 8 steps 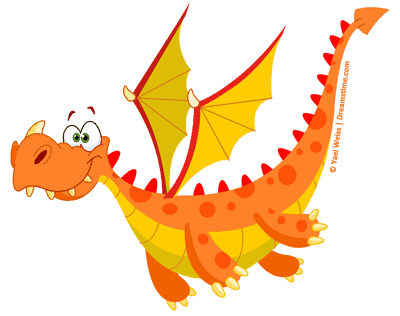 Every year at Christmas there's a kid's cartoon that gets playgrounds buzzing at playtime.

This year it's the turn of Zog, the well-loved children's book that's been turned into a feature length animation by the BBC.

If you're lucky enough to be heading away to warmer temperatures this Christmas or you're an expat with your kids overseas then you could have some minor tantrums on your hand when they realise they can't watch Zog outside the UK.

With Social Media keeping kids ever more connected you can be sure all your little one's friends will be talking about Zog.

You don't need to panic though because there's a really simple workaround that will let you watch Zog abroad from any country in the world.

Best of all you can also use it to watch more adult-friendly BBC content too!

What you need to watch Zog abroad

Zog is being shown by the BBC and at the same time on BBC iPlayer.

If you've already tried to tune into BBC iPlayer to watch other programmes then you'll know it's blocked from viewing from outside the UK.

To bypass this block you'll need to get an app called a VPN.

It's an online security tool and one of the features is letting you disguise where you really are. It's to stop companies and nefarious hackers from tracking everything you do but for us, it's the way to unblock BBC iPlayer so you (or your kids) can watch Zog abroad.

There are loads of VPN apps out there. My favourite is ExpressVPN but both CyberGhost VPN and NordVPN work well too.

If you've got hours to spare looking around then there are other services such as VyprVPN, VPNHub, PrivateInternetAccess, VPN.ac and a whole host of others, the list goes on.

You just need to choose one.

How to watch Zog abroad

Once you've decided on a VPN app you'll need to sign up for their service and download their app.

Below I'm using ExpressVPN in my example but you can adapt the steps to whichever VPN app you decide to use.

How to watch Zog abroad Step-by-Step:

Now you're connected you'll be able to watch BBC iPlayer in the country you're in. You can also watch in any other country if you're travelling around.

All you need to do is head over to BBC iPlayer at the time Zog is being shown to watch at the same time it's aired in the UK. You can of course watch at a later date if that time isn't suitable.

When is Zog available to watch?

Zog is being shown on Christmas Day no less so mark your calendar for the 25th December.

It will be shown at 4:50 pm UK time so depending on where you are in the world it'll give you ample time to tidy up after a hectic day while the kids are sat down quietly for half an hour.

If you're far away like Australia then the ‘live' viewing won't be suitable. Not to worry though because you can watch Zog on catch-up for at least 30-days after it's originally shown and possibly even longer.

What's Zog all about?

If you haven't heard too much about Zog but all you've heard is “Mum, Mum, Mum, Zog” then you'll no doubt be wondering what all the fuss is about.

Zog is an animated recreation of the books bearing the same name written by Julia Donaldson and illustrated by Axel Scheffler.

The story follows the tale of ‘Zog', a dragon. In fact, Zog is the largest dragon in his group and he spends most of his time attempting to win a gold star at Dragon School.

If the animated adaptation of Zog is only half as good as the book then you're in for winner. The original Zog book has a score of 4.8 out of 5 on Amazon from a massive 559 reviews showing the kind of calibre the story holds.

Recap: How to watch Zog abroad

If you're looking to watch Zog abroad then you'll need to get yourself a VPN app from ExpressVPN.

If you're away for some time then it's definitely worth taking a 12-month subscription of ExpressVPN because it works out just under 50% cheaper than paying monthly.

They've also got a handy 30-day money back guarantee to keep you secure.

ExpressVPN will allow you to unblock BBC iPlayer and watch Zog abroad from any country in the world.

Once you've signed up for ExpressVPN download their app and connect to the UK. You can then watch Zog on BBC iPlayer along with any other programmes wherever you are on the planet.

Where will you be watching Zog from? Let me know in the comments section below as I would love to know.

More articles for you: