Home » Entertainment » How To Watch YouTube TV in the UK 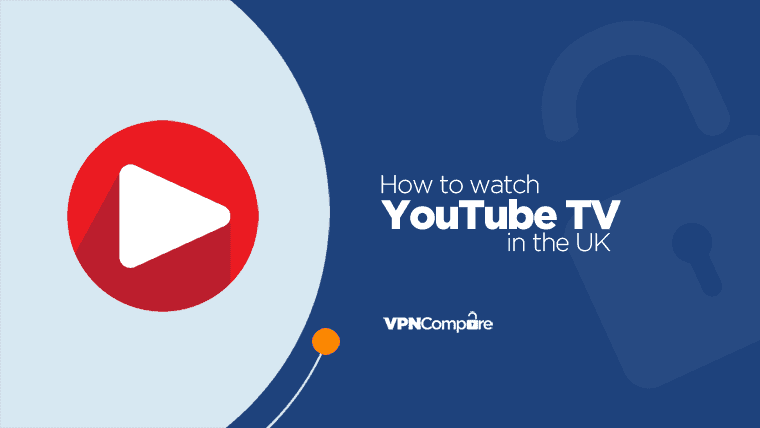 YouTube TV has been taking the US by storm and rightly so, but if you're in the UK, then you're left out in the cold.

You see, YouTube TV isn't officially available in the UK, which is a massive shame.

The service allows you access to premium channels without being locked into an expensive cable subscription.

Best of all you can add packages as needed to get the channels you want.

Luckily, although YouTube TV isn't available in the UK officially, there's a simple workaround that lets you sign up and watch, even in the UK.

Below I'll show you how. This guide will take just a few minutes and you'll only need to be of beginner-skill to follow this guide, so don't worry.

What you need to watch YouTube TV in the UK

To watch YouTube TV in the UK, you'll need to get a VPN app.

A VPN app allows you to disguise your real location and appear as if you're in the United States. A VPN will enable you to both sign up for YouTube TV and watch it.

As there are so many VPN apps out there, it can be challenging to know which VPN app to choose.

Fortunately, there's only one that works with YouTube TV and that's, CyberGhost VPN.

It's essential you don't just sign up for any random VPN service that you find on Google because there's a high chance it won't work with YouTube TV.

You'll now need to sign up for CyberGhost VPN, download their app and connect to the United States.

You can do this by following the quick steps below.

How to watch YouTube TV in the UK Step-by-step:

How long should I sign up to CyberGhost VPN for?

For that reason alone you should consider signing up for one of CyberGhost VPN's 1, 2 or 3-year packages because they offer the most substantial discounts.

Paying on a month to month basis is the most expensive way to subscribe and most users find they end up keeping the service well over 12-months anyway. So it's best to think forward and grab the discount now.

Such restrictions are relatively easy to bypass with a VPN, although you need to be careful to choose the right one for the job.

This can be challenging, as YouTube TV also tends to block VPN to prevent people from accessing it from unsupported areas.

A few considerations you should think about before signing up for a VPN:

YouTube TV offers a one-week free trial, which you can get by registering on a desktop via a web browser.

This is important because the trial offer often doesn't appear when signing up on an iPad, iPhone, or even Android devices. Another thing to note is that you must add your payment data in order to start the free trial.

So if you really do just want to give them a try, don't forget to cancel before you get charged.

When it comes to content, YouTube TV offers pretty much the same channels as AT&T TV Now, or Sling TV. However, there is a clear benefit in the fact that it all comes under a single plan, with a single price.

On the other hand, if you wish to watch an unavailable channel, there isn't really a way to get it, unless you are lucky enough to find it among the premium add-ons.

Some of the biggest channels on YouTube TV include:

One great thing about YouTube TV is the fact that it is available on pretty much anything.

Obviously, some devices are more comfortable to use than others, especially if you also need a VPN.

It is easier to find a VPN that can unblock YouTube TV for Android or PC than one for gaming consoles. However, it is not impossible but it does limit your options.

Can I watch YouTube TV in any other country?

Most certainly. Even though we've tailored this guide towards UK users, it isn't limited to watching in the UK only.

In fact, by following the steps above you can watch YouTube TV outside the US in any country.

So wherever you find yourself in the world, you'll still be able to access all the premium channels on YouTube TV.

Can I watch on a mobile or tablet?

Yes, it's possible to watch on your mobile or tablet.

I find it easier to watch on a computer because you don't need any extra apps apart from the VPN from CyberGhost VPN.

However, if you prefer to watch on the move, then you can also watch on any Android or Apple devices you have.

In order to watch YouTube TV, you need to pay a subscription fee of $49.99 per month, after your one-week free trial runs out. That's a little under £40 when converted.

As you're in the UK, or outside the US at the very least, you will also have to factor in a VPN to the total cost, which can be as low as around £3 or as expensive as £12 per month depending on how long you subscribe.

So it's certainly not a small monthly outlay at a minimum of around £43 per month.

However, in exchange, you get access to over 70 channels that we listed above. So, while the price does seem a bit high at first, it is definitely one of the best options for cord-cutters who wish to live stream TV.

You will certainly be locked into an 18 month contract and minimum and premium channel packages like ‘Kids', ‘Sports' and ‘Movies' will cost considerably more. There are also even more charges to watch in HD or Ultra HD and utilise features like ‘Multiscreen' to view throughout your house.

Add many of these and you'll be looking at £84 per month and up.

So, while the price is lower, you also don't get nearly as many channels. Once you add these in, the cost is considerably more.

The same is true for Virgin Media, which costs £33 a month minimum but a more likely set-up will set you over £73 per month and require you to take an internet subscription alongside the TV.

While both YouTube TV and Netflix are highly popular streaming services, comparing the two is not really possible, as they offer different things.

Netflix is more of an on-demand streaming service that offers certain content and lets you watch whatever you want.

YouTube TV, on the other hand, offers traditional TV, similar to a regular cable package but without being locked in or limited to watching solely on a TV.

Netflix is a lot cheaper, though, as it offers packages from £8.99 per month to £11.99 per month, with the latter offering multiple HD streams.

YouTube TV, on the other hand, has a single package that costs $49.99, plus different premium add-ons that you can include.

Netflix also has the advantage of offering original series, but it lacks live TV.

As you can see, the two are hardly comparable, and it all depends on what you want. A modern version of traditional cable, or watching whatever you want, whenever you want, but without the news and live programming.

In Summary: Recapping what you need

If you want to watch YouTube TV in the UK, then you'll need to get a VPN app. The VPN app allows you to disguise your location and appear like you're in the United States.

It's critical you don't choose any VPN because in my tests I found that almost all don't work. One that does and is reliable is CyberGhost VPN.

You'll now be able to watch YouTube TV in the UK or anywhere else in the world.

Other articles you may enjoy