Home » Entertainment » How to watch the FIFA World Cup abroad

How to watch the FIFA World Cup abroad 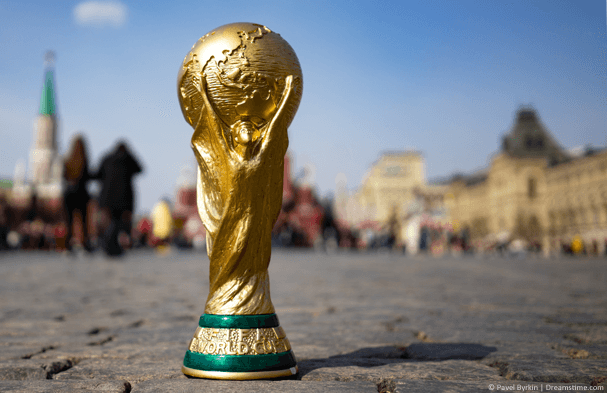 The World Cup is the best Football event in the, well, world! In this guide I'm going to show you the super easy way you can watch all the World Cup action abroad from any country.

So if you're travelling outside the UK or you're not even from the UK and you want to watch the best World Cup coverage live then this guide is for you.

If you're as excited to watch the World Cup that I and many others are then you won't want to miss a second of the action. Whether that's following your country's progression through the tournament or watching many of the other nations take part.

In this guide I'll show you how you can watch on a regular computer or laptop, a tablet or phone or even a Smart TV.

Where is the World Cup being shown

The best coverage of the World Cup can be found on the British channels the BBC and ITV.

Between these two channels, they have full coverage of the 2018 World Cup showing every match. They'll also be simultaneously streaming the matches live online on their online services, BBC iPlayer and ITV Hub.

If you're in the UK you can simply visit their websites to watch but if you're outside the UK you'll need to follow my steps below because you'll be blocked.

How to watch on a computer, tablet or mobile

If you want to watch the World Cup on your computer, tablet or mobile and you're outside the UK you'll need to get an app called a VPN.

A VPN will allow you to change your online location and make it appear as if you're in the UK regardless of where you really are.

There are many VPN companies but the best for watching the World Cup are:

Which I've tested as working. Just follow the simple steps below to get a VPN and to use it to watch the World Cup.

Now you're connected any websites will think that you're in the UK rather than in the country you're really in.

All that's left to do is visit either the BBC iPlayer website or the ITV Hub website where you'll be able to watch the World Cup live.

The matches are being split between both channels so you should check further below in this guide for the full schedule and what channel the match is on.

See my example video below showing you how easy it is:

What to do if you don't have the BBC iPlayer or ITV Hub app:

It's easiest to watch on a computer or laptop because apart from the VPN app you don't need any further apps.

However, if you want to watch on your tablet or mobile then you'll need the BBC iPlayer and ITV Hub apps. If you don't already have these installed and you're outside the UK abroad then it's unlikely you can install them directly from your app store.

You should try to install them directly from your app store but if that doesn't work you'll need to follow these steps.

To watch on an iPhone or iPad you'll need to follow our dedicated guide on how to install apps outside their intended country.

You should now follow the steps from earlier to use the VPN and then you can watch on the BBC iPlayer and ITV Hub apps.

How to watch the World Cup on a Smart TV

If you've got a Smart TV and it has the BBC iPlayer and ITV Hub apps already installed on it or you're able to install them from your app store then you can also watch the World Cup abroad outside the UK.

For this, you'll need to get yourself a service called ‘SmartDNS‘ that allows you to disguise your location so you appear in the UK.

The best two options are to use StrongVPN or SmartDNSProxy. Both do the same, they're just services offered by two different companies. I prefer StrongVPN because I find them to work slightly better but the choice is yours.

You can now open the BBC iPlayer or ITV Hub apps on your Smart TV and watch the World Cup abroad from any country.

If you can't locate the correct options on your Smart TV, StrongDNS has a whole host of Set Up guides in their Members Area to show you the steps.

The full list of Last 16 matches, what date, time and channel they're on can be seen below. Just connect to your VPN or SmartDNS service and then visit the correct channel to watch the match live.

When is the World Cup 2018 taking place

The World Cup 2018 is taking place in Russia and kicks off on 14th June with the first match between Russia and Saudi Arabia.

The group stages will run until the 28th June when the competition will turn into a knock-out at which teams get one shot before being knocked out or progressing to the next round.

The Final will take place on the 15th July at the Luzhniki Stadium in Moscow.

How to watch the World Cup abroad Recap

To watch the World Cup on most devices like a computer, laptop, tablet or mobile you'll need to get yourself a VPN app.

You can get one by clicking the button below. A VPN allows you to disguise your location so you can appear in the UK and watch on the BBC or ITV who will be showing all the matches.

Once you've got a VPN service, download their app for your device, connect to the UK and then head over to the channel showing the match.