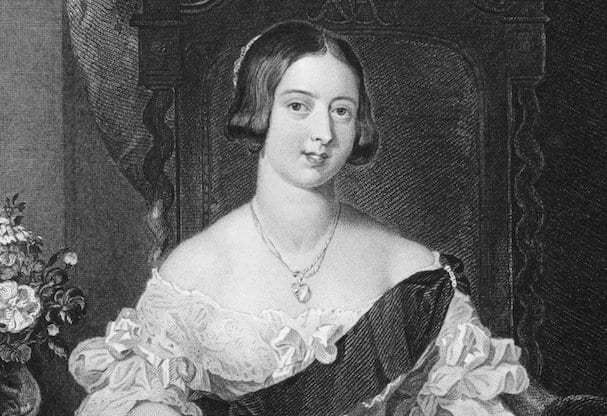 Want to watch the brand new series of Victoria? Read on to find out all the details you need to watch anywhere.

Victoria is a drama series based on the early years of the reign of Queen Victoria. Far from the image of the dumpy, grumpy old woman often associated with her, this version of Victoria is young, beautiful and charismatic.

After two series which met with critical and popular praise, Victoria is now back for a third season. This is being broadcast in the UK and USA but if you live anywhere else, you will find it hard to watch.

Unless you use a VPN that is (find out what a VPN is), and in this article, we will tell you everything you need to know to watch Victoria from anywhere in the world.

What you need to watch Victoria abroad

Victoria is broadcast on ITV in the UK and streamed live and on-demand through their ITV Hub service.

However, in common with most domestic broadcasters, ITV uses geo-blocking technology to stop anyone outside the UK from being able to stream shows.

However, it is possible to avoid this blocking using a VPN. By connecting to a VPN based in the UK it is possible to fool the ITV Hub into thinking you are in the UK even when you aren’t and so letting you watch any of their shows including Victoria.

The best VPN to unblock ITV Hub is ExpressVPN, which offers a perfect combination of fast connection speeds, strong privacy and security protections, and a great selection of UK-based servers.

ExpressVPN is not the only VPN that can do the job of course and if you want to shop around a bit more, here is a rundown of the top three VPNs for the ITV Hub based on our tests:

Select any of the three above and sign up or compare even more choices in our VPN Comparison Guide.

Save up to 49% off exclusive for our readers

How to watch Victoria abroad

Once you have chosen your preferred VPN, getting everything set up so you can enjoy Victoria is actually pretty easy.

To help you get things done as fast as possible, we have compiled a simple step-by-step guide for you to follow. To keep things simple, we have used our top recommendation, ExpressVPN, as an example:

When is Victoria shown on TV?

Victoria is broadcast on ITV in the UK at 9 pm GMT on Sunday evenings. There are a total of eight episodes in the season with each episode running for one hour.

The first episode aired last night with subsequent episodes being broadcast every Sunday evening at the same time.

Unfortunately, if you want to catch up on the first two series of Victoria, you won’t find them on the ITV Hub. Instead, you will have to go to Amazon Prime.

What's happening in the third series of Victoria?

Series three of Victoria begins in 1848, with the monarch under pressure to leave London amid fears of revolution. With the French revolution in full swing across the channel and riots in Berlin, Victoria and Albert are terrified the same will happen in London.

But at the same time, there are also pressures from within their marriage too. The series depicts the rumours that Victoria may have resented her husband making her pregnant so many times and could have withheld sex to stop this from happening.

She has had six children by the time this series starts and hates being pregnant. But, without wanting to throw in a spoiler, there is a seventh by the time the series ends.

Jenna Coleman returns to the third series in the title role of Victoria and so too does Tom Hughes as her husband, Prince Albert. But, contrary to some rumours, Albert does see out the entirety of the series with his untimely death something fans of the show will have to wait a little bit longer for.

What countries can I watch Victoria in?

Victoria is broadcast on ITV in the UK and PBS in the USA. It is also being shown on TVNZ 1 in New Zealand and BBC First in Australia.

But if you are based anywhere else in the world, you will struggle to find Victoria anywhere in your regular TV schedules, which is why we have compiled this guide. With the help of a VPN, Victoria is available from anywhere in the world without subscription.

Victoria is back for a much anticipated third season but if you are not in the UK or a handful of other countries, you will struggle to find it on your screens.

Don’t worry though, because with a VPN you can watch every episode of the new series live or on-demand through the ITV Hub.

ExpressVPN is the best VPN for the job and in this guide, we have explained why and also detailed exactly how to use ExpressVPN to enjoy the show.

All that’s left for you is to follow our simple step-by-step guide and then sit back to enjoy what British TV does best; another peerless costume drama.