How to watch UK Netflix abroad 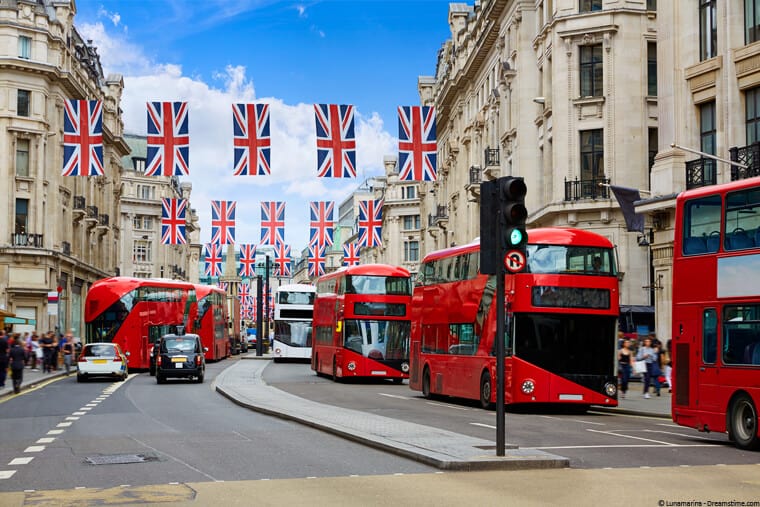 If you're a Brit abroad trying to watch a show or movie that is exclusive to UK Netflix, then you're probably disappointed when you log into Netflix to find it isn't available.

The reason it's not available is that the Netflix website offers a different movie and TV show catalogue, depending on what country you're in.

It doesn't matter where your Netflix account is from, it matters only where you're logging in. So if you're outside the UK travelling, as an ex-pat or you've never even been to the UK, then you'll be served up the local version of the streaming site based on what country you're in.

In this guide, I'm going to show you how you can beat that region restriction and access the whole UK TV show and movie catalogue no matter what country you're in.

How to watch British Netflix outside the UK

To view British Netflix abroad you're going to need the help of an additional app that lets you change your online location.

This app is called a VPN (Virtual Private Network) and they're offered by hundreds of different companies.

Unfortunately, not all VPN apps work to watch Netflix UK, so it's essential to get the correct one that will let you access all the Netflix UK content.

VPN software will cost you a couple of dollars per month, which when converted to pounds is less than £5. It can be even cheaper if you opt to sign-up for a longer period, so if you're outside Britain for a long time then it's worth taking a 6-month or 1-year package.

Which is the best VPN for Netflix?

With ExpressVPN you'll be able to watch Netflix abroad, streaming content from all over the world straight to your device.

In our testing we found ExpressVPN is a reliable VPN that has unlimited bandwidth and a smart DNS proxy service to aid you with watching Netflix abroad. Not all VPNs offer the smart DNS service.

They also offer some great VPN deals such as their 12-month package that gives you 49% off and also 3 free months.

ExpressVPN has fast speeds perfect for video streaming. It'll work well with your Netflix subscription (allowing you to unblock Netflix UK), Amazon Prime Video, and many other services.

They're the best VPN for accessing Netflix United Kingdom.

Just follow the 5 simple steps below which show you how to get a VPN and how to use it to watch Netflix abroad.

How to watch UK Netflix with VPN

It takes about 15 seconds for the ExpressVPN app to connect to the United Kingdom.

Once connected any websites you visit will think you're in the United Kingdom even though really you're in any other country in the world such as France, the USA, Australia or anywhere else.

You can now login to Netflix like normal and instead of seeing the shows limited to the country you're in, you'll now be able to access and watch the entire Netflix UK catalogue (providing you have an existing Netflix account).

Now you can watch Netflix abroad, gaining access to any Netflix country you want.

Their intended purpose is to allow you to protect your online privacy. They do this by using something called encryption which mixes up all of your online data so others can't snoop on what you're doing online or track you. You can also use many different IP addresses to mask your real IP address.

One of the features of this privacy protection is allowing you to disguise your online location. You can change your location to the United Kingdom, which makes Netflix think you're in the country and gives you access to the UK catalogue.

VPN services are used by millions of people (including Netflix users) across the world to protect their online privacy and access region-locked content such as Netflix.

You can even use the VPN to access other streaming services from the UK like BBC iPlayer and Sky Go or even connect to the United States and access American Netflix.

Is my Netflix account safe when using a VPN?

Your Netflix account is 100% safe when using a Virtual Private Network. In fact, it is arguably safer than when not using a VPN.

The purpose of a VPN is to protect your online privacy, which in turn means it protects what you do when online.

If you're outside the United Kingdom then you're likely to be using Wi-Fi internet connection (public IP address) from unknown sources such as hotel rooms, cafes, AirBnB hosts or a whole host of other locations.

Public Wi-Fi is not safe because others can spy on what you're doing online. Using a VPN makes public Wi-Fi safe, so, in essence, your account is safer when using the VPN than when not.

(Just don't use free VPNs, they can be disastrous, installing software from third parties to your device, and often won't work to unblock Netflix UK).

How do you change the country on Netflix?

If you want to change the country on your Netflix account, you can't… well not without some help from a VPN, but I'll get to that in a moment.

The catalogue that you have access to will depend on where you're physically located in the world, even if you pay your subscription in another country.

By using a VPN, you'll be able to create a virtual location for yourself and use it to trick websites such as into believing you're elsewhere. You'll be able to jump from location to location without needing to leave your house.

Each country around the world has their own libraries that are packed full of movies and TV shows. For example, Netflix USA is the largest out of them all, and the Netflix UK library has a lot of British TV content available on it.

You can access each region by using a VPN provider or by physically travelling to the region you want to connect to, but that is a bit of a hassle now, isn't it?

Can I watch UK Netflix in Australia?

You sure can watch Netflix UK, but only if you use a VPN to remotely join a UK location (UK IP Address).

By doing so you'll be able to stream shows and movies from the UK Netflix while you're in Australia. Netflix UK has a different selection of Netflix content compared to Netflix Australia.

No 24-hour flights for you. Connect your VPN and off you go. All the geo-restricted content you want right at your fingertips, you won't even need to leave your couch, it's that easy.

How can I watch Netflix UK from Canada?

Does the Canadian flag have a maple leaf on it? Yes, it does, and yes you can watch Netflix UK in Canada. The UK library is different to Canadian Netflix.

All you need to do is sign up for a VPN such as ExpressVPN and then use the VPN to connect to a UK VPN server (UK IP Address) using your internet connection.

See the step by step guide earlier in this article for more details.

There are 101 uses for VPN services that you can discover by browsing around our site a little bit more, certainly too many to mention here.

However, if you like to access TV content, then a VPN will allow you to access most UK online TV services such as free-to-air ones such as BBC iPlayer and ITV Player. Plus any you have subscriptions for like Virgin TV Go, Sky Go and BT Sport.

To watch UK Netflix abroad you'll need to get yourself a VPN app like ExpressVPN. VPNs are available for all major devices such as computers, laptops, tablets and phones (such as the best VPN to watch Netflix UK – ExpressVPN).

You can either have a Netflix account from the UK or from any other country, it doesn't matter. It's still possible to access Netflix UK using the method described in this guide.

To watch Netflix abroad and to stream shows and movies from Netflix UK all you need to do is grab yourself a UK VPN by clicking the button below and follow the 5 simple steps from earlier in this guide.