Home » Entertainment » How to watch UK Christmas TV while abroad

How to watch UK Christmas TV while abroad 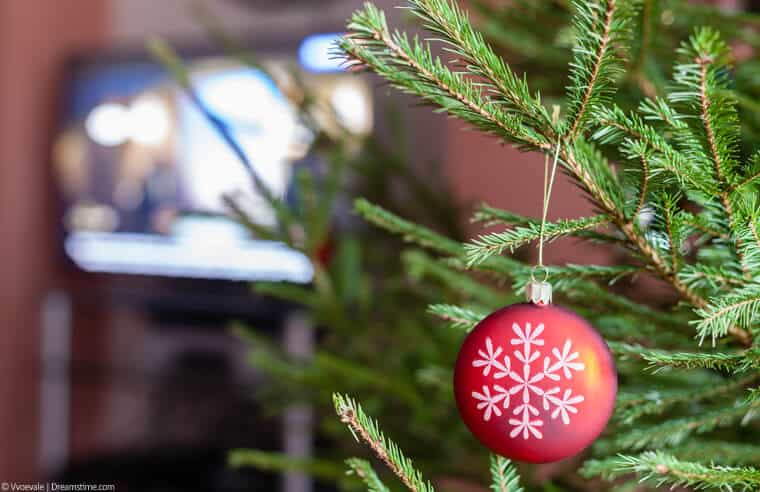 If you are moving away from the UK this Christmas or plan to be outside the country, but you still wish to enjoy all the excellent holiday TV, you might have a problem reaching it from abroad.

As you may know, the UK is well-known for its geo-restricted content, meaning if you head off overseas over the Christmas period you’ll be locked out of all the juicy content.

Fortunately for those who are travelling this winter, there is a way to keep up with all the festive television by using a VPN app.

It’s exactly what I’ll be explaining in this guide.

This is especially important since the country has lots of great Christmas TV, specials, classics, and more that you won’t need to miss a second of.

What you’re going to need

As mentioned, most UK TV services like iPlayer are blocked outside of the country. This makes it difficult to access them, but it is not impossible.

To do it, you will need to get a VPN app.

A VPN will help because VPNs can be used for avoiding geo-restrictions and disguising your location, so you appear to be somewhere else.

Their original use was to provide privacy and security online, thanks to their technical features.

However, their ability to make you semi-anonymous also allows you to change your online location, and appear as if you are within the UK when you actually are not.

Where to get a reliable VPN?

There are plenty of VPNs out there – hundreds of them – but while this may seem like a good thing, it is more of a problem than a benefit.

You see, not all VPNs are created equal. Some are good, some are great, but many are bad and insufficient.

While some work with the UK’s TV services, others don’t.

In our recent tests, we found ExpressVPN to be the best. They’re highly rated across review sites and have positive reviews from users.

ExpressVPN is known for its ability to unblock most UK services, including free ones, as well as any that you have a subscription for.

Other reliable services are NordVPN and CyberGhost, both of which can unblock many services too, so you are free to pick the one you like the most.

How to unblock Christmas TV with a VPN

Don’t panic, even if you struggle with tech you’ll be able to get this done by following the quick steps below. It’s no more complicated than using a social media or banking app.

As you can see, the process is pretty easy, quick, and straightforward. If you get stuck drop a comment below and we’ll help you out.

Where can I watch?

Christmas TV in the UK is excellent, isn’t it?

From new specials to reruns of classics we’ve all seen hundreds of times. Although there’s something a bit cheesy about much of the TV in the festive period, we Brits usually love it.

Your choices start with choosing a service/channel and then proceeding from there.

Whether you are planning to watch Christmas TV with the BBC, Netflix, ITV, Channel 4, or Channel 5 – there is tons of choice.

Plus if you’ve got a subscription to Sky, BT Sport, Amazon or another service you can also use your VPN to access that.

Just head over to their websites or use their apps to start watching.

What’s on this year?

Some gems to check out are:

This will air on Christmas Eve, on BBC Four. This is an excellent opportunity to watch Peter Capaldi’s first role since he left Doctor Who.

Furthermore, it will be an excellent and a bit spooky ghost story that was based on M.R. James’ tales from a collection known as More Ghost Stories of an Antiquary.

So, if you are into ghost stories and great acting, you definitely do not want to miss this one.

If you are interested in an epic beginning of a show that is said to be better than Game of Thrones, do not miss this Friday’s release of The Witcher on Netflix.

The Witcher has millions of fans around the world, and while many have learned about it through the games, the show will actually draw inspiration from the books.

The role of Geralt of Rivia, the witcher himself, went to Henry Cavill, who is best-known as Man of Steel’s Superman.

However, according to those who had the honour of an early viewing, this role will likely change that. The Witcher will be an epic adventure with many more seasons to come, meaning that this Friday, a new chapter in the history of fantasy will be written.

Finally, a great thing to watch on New Year’s Day will air on BBC One, around 9 pm. We are, of course, talking about Dracula, by Mark Gatiss and Steven Moffat. The two will deliver Bram Stoker’s classic vampire novel in a new limited series.

The tale of Dracula and his arrival into Victorian England has been one of the favourite horror books for decades, and the two television geniuses are bound to do a great job reviving it once again in this modern reboot.

Other than those, you can also watch The Small Hand on Channel 5 during Boxing Day, or A Christmas Carol this Sunday, December 22nd, on BBC One.

Not to mention the entirely new season of Doctor Who that is starting on New Year’s Day, at 6:55 pm on BBC One.

In other words, there is a lot to watch and so little time.

You have plenty of choices apart from the things we mentioned, so make sure to explore your options and enjoy the holidays.

British TV is a joy to watch during the holidays, and many UK expats are bound to feel nostalgic when they start remembering hours that they and their families spent in front of the TV during holidays in their childhoods.

You can easily revive those memories, even in a foreign country, and all you need is a good VPN at your side.

There are plenty to choose from and I’ve listed three earlier in this guide.

I suggest using ExpressVPN though as it’s quick to set up and simply to use.

Sign up for their service, download their app and connect to the UK. You can then stream all your favourite seasonal shows and movies wherever you are in the world.