How to watch the Tour de France live anywhere 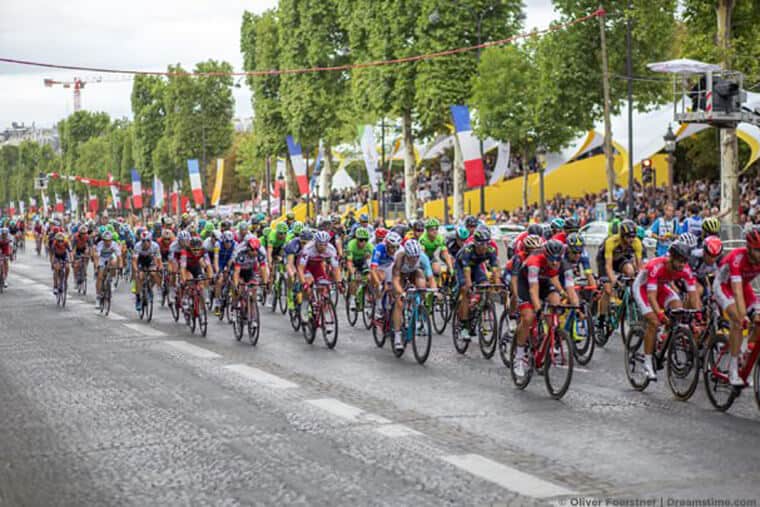 Finding a free way to watch the entire Tour de France is getting increasingly difficult. However, we've discovered a way and will be sharing it in this article.

The Tour de France is one of the biggest, best-known, and most popular cycling grand tours in the world.

Every fan of cycling out there would not miss it for the world. This year's Tour will be the 108th edition, and cycling fans are as excited about it as ever.

Unfortunately, not everyone can watch it, as it is broadcast via streaming services that not everyone can access. This is due to geo-restrictions, which is often an issue when it comes to major, international events.

But, if you are interested in watching it without a cable subscription – we're about to teach you how.

A lot of cycling fans from the UK are excited about the Tour, but you will have no problem watching it from start to finish if you are in the UK.

ITV4 will show the entire event free, and online on ITV Hub, and anyone in the UK can easily access any of them. It's also being shown on Eurosport Player although this requires a subscription.

This is not the case with the rest of the world, as the UK does not allow anyone outside of the country to access these services.

Their geo-restrictions are known worldwide. However, there is a way you can join in and below you can discover how.

As mentioned, there is pretty much only one thing that you can do if you wish to watch live coverage of the Tour de France outside the UK, and that is to use a VPN.

A VPN, or ‘Virtual Private Network‘, is online privacy, security, and anonymity app that can let you bypass any geo-restrictions or censorship. They're used by millions of people daily to stay safe online.

There's A LOT of choices, but the best one for this kind of thing is ExpressVPN. It has a wide range of apps for all devices and fast speeds which are critical for viewing live sport such as the Tour.

Alternatively, NordVPN and CyberGhost VPN are suitable, so you are free to choose.

After choosing a VPN that you wish to use, the rest is easy.

You might say that picking the right VPN is the most crucial step. But, with that done, here is what you need to do next:

This will involve choosing one of a few payment plans. More extended plans are cheaper monthly, but you will have to pay them at once, so keep an eye on that.

After signing up, it is time to get the dedicated app for the device you wish to watch on.

Most VPNs cover all Android, iOS, macOS, Windows and Amazon Fire TV devices. Download the app and install it like any other.

The next step is crucial – within the app, find the country list, and connect to any option in the United Kingdom. That way, you get a UK-based IP address which will let you access the UK's ITV service.

And, that is pretty much it. Now you're connected use the ITV Hub app or visit the ITV Hub website and enjoy watching the Tour on their ITV4 channel.

When is the Tour de France taking place?

That leaves you with more than enough time to find a proper VPN, test it, and get ready to watch the event.

As you undoubtedly know, the route is long, and it consists of 21 different stages.

The Tour de France starts in Brest, and the Tour will end in Paris. The first week will see a finish in Le Creusot.

Without question the mountain stages of the tour are some of the most spectacular.

The Tour de France route is specially made to be a challenge, and even the climbers will have to work for it.

The stages will only see two rest days, on July 5th and July 12th. Every other day will see a harsh battle against the road, the summer heat, as well as the intense competition.

All culminating in a finish at the iconic Avenue des Champs-Elysées.

You would do well not to miss it, and thanks to ITV and VPN – you can watch every minute of the Tour.

What teams are taking part?

Numerous teams are taking part, some well known names to look out for include:

Who to look out for?

Thrilling rider Tadej Pogacar will be back looking for more stages after his impressive 2020 tour.

Geraint Thomas will be back this year hoping to take the title after his 2018 win.

Vincenzo Nibali who last won in 2014 will also be back aiming to win a title.

Chris Froome who won four tours in the past will be hoping to pick him the elusive fifth title.

This year's Tour de France is about to start, and the excitement is starting to build among the cycling fans around the world.

Unfortunately, not a lot of people will be able to freely watch the Tour de France live, at least not without some help.

You can then live stream the entire cycling event in any country.