How to Watch the Tour of California in the UK 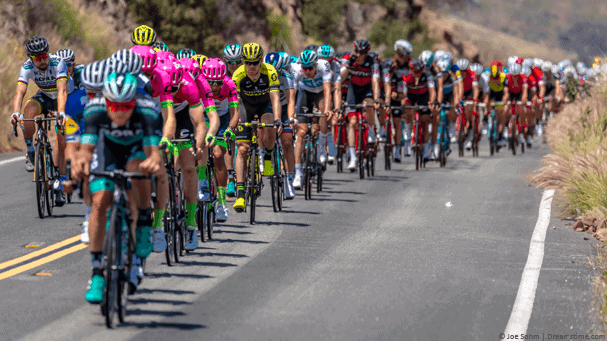 The thirteenth Tour of California is about to arrive in less than two weeks, and fans of cycling from all around the world are excited to watch it live.

Not to mention that this is the only event on the top-level World Tour in the US.

However, as always when it comes to broadcasting these type of events – not everyone will be able to watch them, and if you are from the UK, you probably know that already.

Luckily, there is a solution, and we will help you learn how to watch the Tour of California in the UK with an expensive cable subscription.

Where is the Tour of California being shown?

In case you didn't know, the Tour will only be shown on a subscription service known as Eurosport.

But, if you are not interested in this option or don't have a subscription, there is an alternative.

You can watch it for free on SBS Cycling Central from Australia. The only issue is that it's not officially available in the UK, and you will need a VPN to unblock it.

Below I'll explain how.

As mentioned already, you can only get to watch it with a VPN.

VPN uses a network of servers in countries around the world to let you switch between different IP addresses. An IP Address is a series of numbers unique to your internet connection.

With each new IP address, your online location will change.

In other words, if you connect to a server in a particular place, all online services will think that you are located wherever the server is.

The best VPN for this type of job is ExpressVPN, as it has the largest server network, and it is also the fastest which is ideal for streaming live sport like the Tour.

NordVPN and IPVanish are also decent alternatives, but the choice is entirely yours.

How to watch the Tour?

If this server talk sounds intimidating, don't worry – it is effortless, and all you need to do to get a VPN is follow four simple steps which I'll explain below.

Again, we recommend using ExpressVPN as they have an offer right now allowing you to save 49% if you sign up for a year.

You will have to pick a payment plan, as well as a method of payment.

You can download the app after signing up, for any device you plan to use it on. Installation is as simple as for any other app or program.

Next, you will have to connect to a server in Australia. This is necessary to gain access to SBS Cycling Central.

Simply search the country list and locate Australia. With ExpressVPN you can find this by pressing ‘Choose Location‘ and then clicking ‘Australia‘.

You might also need to hit ‘Connect‘ depending on what type of device you're using.

That's it! You can now enjoy the race from the UK.

All you need to do now is visit the SBS Cycling Central website to watch the entire Tour of California live.

When is the tour taking place?

As you may know, the Tour of California is a 6-day long race which will start on May 12th, in California's capital, and end on May 18th in Pasadena.

What are the stages of the Tour?

As always, the Tour will have seven different stages, each lasting one day.

The first stage will start on Sunday, May 12th, and it starts and ends in Sacramento, which is a 143km long track.

The second stage follows on Monday, May 13th, where the cyclists will be riding from Rancho Cordova to South Lake Tahoe, (194.5km).

Stage three comes on Tuesday, May 14th, and it is 207km long. To complete it, cyclists will have to go from Stockton to Morgan Hill.

Next, there is Stage four, on Wednesday, May 15th. This is 212.5km long ride which will take cyclists from Laguna Seca to Morro Bay.

Stage five comes after that, with cyclists having to overcome a 218.5km-long route that will take them from Pismo Beach to Ventura. It takes place on Thursday, May 16th.

Then, there is Stage six, taking place on Friday, May 17th. This stage will see cyclists ride from Ontario to Mount Baldy, which is a 127.5km-long track.

Finally, the seventh stage will be a 141km-long track from Santa Clarita to Pasadena, tune in on Saturday, May 18th.

You can find more details on the route on the official tour website.

Who is taking part in the tour?

The Tour of California might be only 13 years old at this point, but it already became extremely popular worldwide.

It attracts numerous teams yearning to race, as well as former champions, and new cyclists alike.

Some well-known faces will be seen participating, such as the tour's 2017 winner, George Bennett, as well as Sepp Kuss.

2019 will be the year of the 13th Tour of California, and its popularity is going through the roof.

Many famous names have decided to participate in a seven-stage race, and cycling fans from around the world are excited to see who might come on top.

However, if you are from the UK, you'll find it difficult to watch the race, as the only service that will broadcast it requires additional payment in order to view.

You can avoid this issue by picking a good VPN such as ExpressVPN, and simply watching it from SBS Cycling Central.

It is a free, completely legal stream from Australia that you can unlock and watch in the UK.

Now clip into your pedals and get cycling in anticipation of the Californian event.