Home » Entertainment » How to watch the Tour of Britain anywhere

How to watch the Tour of Britain anywhere 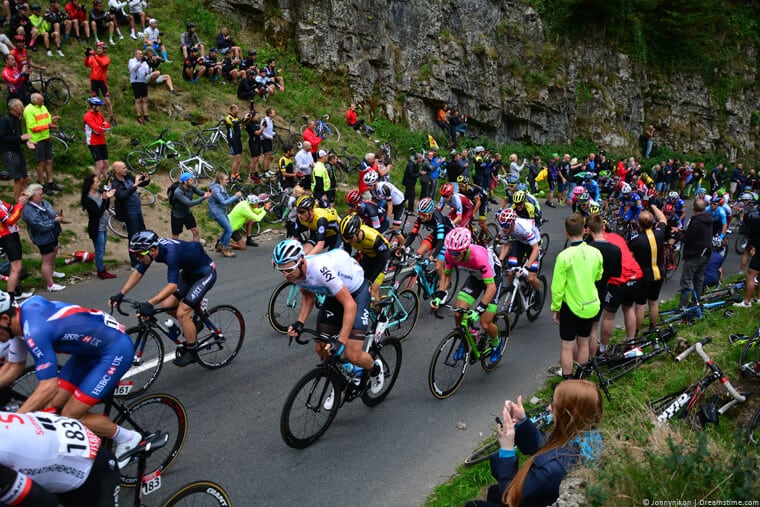 Today, I will teach you how to stream the Tour of Britain from anywhere in the world.

The now famous cycling race will consist of eight stages of men's professional road race, and it will be the sixteenth incarnation of the race's modern version. However, it will also be the 79th British Tour in history.

However, there is an easy way of watching it if you know what to do and below I'll be showing you the simple way to unblock the event and watch in any country.

When is the Tour of Britain taking place?

The Tour of Britain will last for seven days, and this cycling week will start on September 7th, ending on September 14th.

As mentioned previously, it will have eight stages, and the total distance that the cyclists will have to cross will be around 1,250 km or 776.7 miles.

The Tour will start in Glasgow, and end in Manchester.

Cyclists will have to go between 165km and 200km per day to complete each stage. If you are a fan of cycling, you can watch it live quite easily, although you will need a bit of help.

Where to live stream the Tour?

Live coverage of the Tour will be shown on the UK's ITV 4.

Those living in the UK, or being there during the time of the race, can watch it on their TV by going to the ITV 4 channel. Alternatively, you can also use ITV Hub for watching live or on catch up.

If you are outside of the UK, however, you will not be able to access the channel or its Hub service due to ‘geo-restrictions‘.

You will have to use a VPN to unblock it first. There are many to choose from, but our tests show that your best choice is ExpressVPN.

It is fast, it is capable of unblocking UK services (something that many VPNs cannot do anymore), and it has a 30-day money back guarantee if you're not happy.

Alternatively, you can also use NordVPN or CyberGhost VPN, so you are free to choose.

Steps to live stream the Tour outside the UK

If you never used a VPN before – have no fear.

The process of getting it and setting it up is pretty much as simple as in the case of any other app. You can do it easily by following a few simple steps.

Here is what you must do:

Choose a VPN – I recommend ExpressVPN or use one of the others. Go to its website and sign up.

This will include picking a payment plan and entering your payment details, as well as email, and a username.

After registering and paying for the plan of your choice, you will be presented with different VPN apps. Pick the one for the device/system you plan to watch on and download it.

After that, you will have to install the app. If you plan on using a phone or tablet, the process is pretty much automatic.

On PC or Mac, you have to download the setup and start the installation manually. The rest will be as easy as installing any regular app.

If you've made it until here, congratulations. All that remains is to launch the app, log into it, and press their ‘Selected Location‘ option then choose ‘United Kingdom‘.

You may also need to press Connect depending on what device you're using.

Once you're connected either visit the ITV Hub website and choose ITV 4 or use the ITV Hub app to stream the entire Tour daily.

As mentioned, this year's course will consist of eight stages, starting on September 7th.

The opening stage will have cyclists crossing the longest distance of 201.5 km (125.2 mi). It will start from George Square in Glasgow, and end in Kirkudbright.

The second stage will both start and end in Kelso, lasting around 166.4km (103.4 miles) in total. The third stage will take place on September 9th, with cyclists having to cross 182.2 km (113.2 mi), going from Berwick-upon-Tweed to Newcastle-upon-Tyne.

Stage four will see cyclists go from Gateshead to Kendal, crossing 171.5km (106.6 mi) in the process. On September 11th, cyclists will start and end stage five in Birkenhead park, although the route itself will be 174km (108.1 mi) long. Then, on September 12th, things will be slightly different, as the cyclists will have 14.5 km (9.0 mi) individual time trial.

However, the longer routes return for September 13th, with 186.5 km (115.9 mi)-long route from Warwick to Burton Dassett Country Park. Finally, on September 14th, cyclists will go from Altrincham to Deansgate, Manchester, crossing 165 km (102.5 mi) along the way.

Who's taking part this year?

The Tour already has numerous confirmed cyclists, with the star attraction likely being Mathieu van der Poel, who is going to ride for the Dutch ProContinental team known as Corendon-Circus.

Another attendee will be one of the top sprinters in the world, Dylan Groenewegen, who will ride for Jumbo Visma. Apart from him, we will also see Pascal Eenkhoorn, Laurens De Plus, and Koen Bouwman.

Israel Cycling Academy will be best represented by Ben Hermans, while Cameron Mayer and Matteo Trentin will ride for Mitchelton-Scott.

The Tour of Britain has been around for a long time, and while this will only be a sixteenth race from the revamping of the Tour, it has gained in popularity in recent years.

While cycling in the UK still lags far behind France's Tour de France, Spain's Vuelta a España and Italy's Giro d'Italia, there is a growing interest in the sport on British shores. Watching the race outside the UK can still be problematic, but by using a VPN from ExpressVPN, you can stream freely wherever you are.

So grab yourself a VPN, stick on your Lycra shorts and cycling cap and enjoy the best of British cycling whatever country you happen to be in.