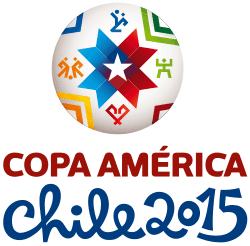 It’s football season crazy at the moment and many of you are interested on how to watch the Copa América 2015 online that starts this June, 11th 2015. We’ve already had an excellent past few weeks of football with Barcelona winning the Champions League, Sevilla winning the Europa Cup and now even the Women’s World Cup is in full swing in Canada.

South America produces some of the hottest footballing talent and players can be found in every league in the world so when it comes to watching the Copa América you know you’re in for a sporting treat.

Unfortunately the Copa América 2015 won’t be shown on TV in every country and your choices to watch online are limited. Missing the Copa América is not an option and for many paying high cable subscription fees is something that you want to avoid so I’ve create this simple “how to” guide to show you how you can watch the 2015 Copa América online from anywhere in the world.

The Copa América is being shown online by select TV networks that include AmericaTV in Peru, Gazzetta in Italy and TVP in Poland. There are a few other TV stations showing some of the matches but not all.

For the majority of the world such as the UK, USA and other highly commercialised countries the only options are to watch on expensive cable or sky subscription channels.

For the three TV networks given above in Peru, Italy and Poland they are restricted to viewing from within those countries. Those sites know you’re not in their country from your IP Address. An IP Address is similar to a phone number and is unique to your internet connection at the time of access. Without changing your IP Address to one from the host country you’ll simply be blocked from viewing.

It is possible to alter your IP Address by using a service called a Virtual Private Network or VPN to give it the common shortened name.

How can I get a VPN for the Copa América

To watch the Copa América online on one of the three TV networks given above you need to sign up to a VPN provider that has servers in Peru, Italy and Poland. For this we recommend using ExpressVPN as they have VPN servers in all three countries.

Once you’ve signed up to ExpressVPN simply download their software for the device of your choice and install.

Next, decide which TV network you wish to view the matches on, usually it’s best to pick the one closest to yourself for best speed but all should be suitable. As an example, I’ll choose AmericaTV in Peru. 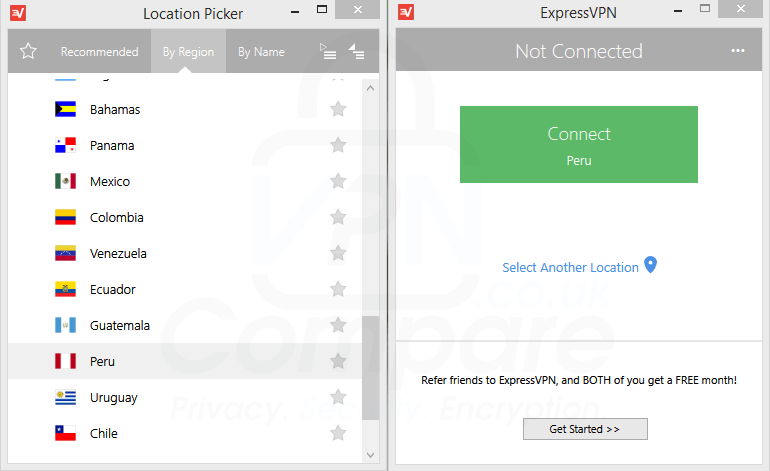 As shown on the image above firstly select “Select Another Location” then choose “By Region” and finally “Americas“. Scroll down until you find “Peru” then on the right-hand window press the large green “Connect” button.

Connection will take just a few seconds. Once connected you simply head over to the AmericaTV website by following our link and you’ll be able to watch all matches of the Copa América live online.

The process is exactly the same for the Italian stream and the Polish stream.

To watch the Italian stream connect to the Italy server and then visit Gazzetta.

To watch the Polish stream connect to the Poland server and then visit TVP.

With one VPN account from ExpressVPN you can alternate between which TV network you watch on so if you find the quality better on one over another then you’re free to switch as many times as you wish.

You can also use the one service on both a desktop or laptop computer and at the same time on a mobile device like a tablet or phone.

If you’re wondering if it is difficult or not watch our video guide below.

There are 12 teams competing in the Copa America which include Chile, Ecuador, Bolivia, Argentina, Uruguay, Paraguay, Brazil, Colombia, Peru and Venezuela.

In addition to those 10 countries Mexico and Jamaica have been invited to take part in the tournament even though they aren’t technically in South America.

Japan was invited but turned down the offer due to other commitments.

The tournament starts on 11th June 2015 with the final being played on 4th July 2015. See below for the full schedule of matches.