How to watch Ted Bundy movie in the UK 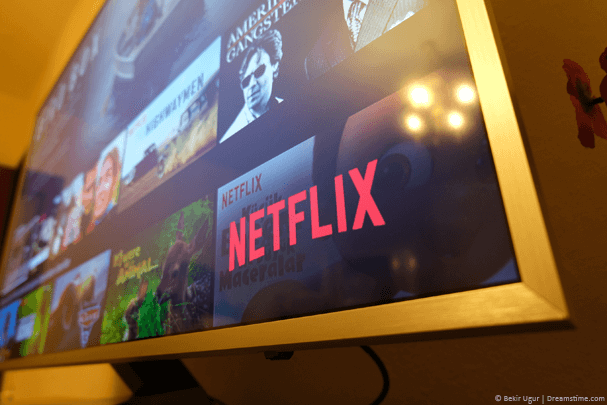 The new Ted Bundy movie, “Extremely Wicked, Shockingly Evil and Vile” has been an instant hit ever since it came out only days ago.

The film is already loved worldwide and is available on Netflix. However, if you're in the UK, this isn't the case.

In the UK, the film is only shown on Sky, which if you don't have access to leaves you with no option to watch.

This is why we have decided to share with you a simple method using a little trick on Netflix. This allows you to watch the film there, even though it's not technically available in your country.

So if you want to watch this dark new film that everyone's talking about – read on.

What you'll need to watch it

Since most people already have access to Netflix (and if you don't – making an account is cheap, quick, and easy), that is the first thing you will need in order to watch the film.

Now, you probably know that Netflix offers different content in different regions. If you didn't – then you do now.

In the US, for example, there is more content available than anywhere else – including the new Ted Bundy movie.

To access it, you will need to use what is known as a VPN service, such as ExpressVPN. Although there are plenty of options which I'll explain more about soon.

With it, you can hide your location and make it seem like you are from the US. This enables you to watch the Extremely Wicked in the UK.

There are many VPN providers out there, but not all of them are equal.

For unblocking this film on Netflix, we recommend ExpressVPN, as the best, and the fastest service around.

You can also use NordVPN or CyberGhost VPN; the choice is yours.

Only keep in mind that not all VPNs can unblock Netflix, and indeed, Netflix itself has blocked many of them, so pick your service of choice carefully.

How to use the VPN to watch?

Once you pick a VPN you wish to use for watching the movie; the rest is easy. All you need to do is follow four simple steps, and you will be able to get watching within minutes.

The first thing to do is to go to your chosen VPN's website, for example, ExpressVPN and sign up for an account. It is an easy and quick process, and all you need to do is enter your email, password, and payment info.

Next, you will get links for installing the VPN app. Choose the one for the device you plan to use, and complete the installation process.

Step 3: Choose a US server

Once you launch the app, make sure to connect to a server located in the US.

You an do this by pressing the ‘Choose Location‘ button and then selecting ‘United States‘.

At this point, you should be all set. Simply go to Netflix with your VPN active, and search for the film.

What's Extremely Wicked all about?

Without spoiling anything – the movie truly does an excellent job of showing how physically beautiful people can get away with murder, at least for a while.

The movie comes from Joe Berlinger, who is extremely familiar with Ted Bundy and his story, having directed an entire documentary series on the famous killer.

However, this is not a story packed with effects, but rather one that shows how Bundy used his true weapon – his charm.

Bundy is a charismatic and loveable person who holds a dark secret hidden behind a smile that comes and goes in an instant.

He has a shallow interest in two women who were so taken aback by his charm, that they trusted him and doubted his guilt until the very end.

Meanwhile, the movie also focuses on Bundy's psychology and perspective, as well as his need to kill.

The film does lack in certain areas, such as the motivations of Bundy's wife, but these are minor issues overall, and the film itself is delightful.

Who's in Extremely Wicked?

The star of the movie is a well-known and beloved actor, Zac Efron, known for appearing in many movies and shows, but perhaps best known for his role of Troy Bolton in High School Musical.

The new Ted Bundy portrayal has already won the hearts of film lovers around the world.

However, viewers from the UK will have a problem with accessing it, as it does not appear on the UK version of Netflix. Sky is instead showing it and if you don't have a subscription, then you have no way of watching.

It is a shame to miss out on such a masterpiece of a film, which is why you might want to consider unblocking it via a VPN.

We recommend ExpressVPN as the top choice to do this, although you are free to use any VPN service you desire.

However, do keep in mind that not all of them can unblock Netflix, so take your pick carefully.

Once you've signed up, connect to the United States and access Netflix like normal. Now sit back and get ready to be taken on a roller coaster ride of one of America's most famous serial killers.