Home » Entertainment » How to watch Springwatch outside the UK

How to watch Springwatch outside the UK 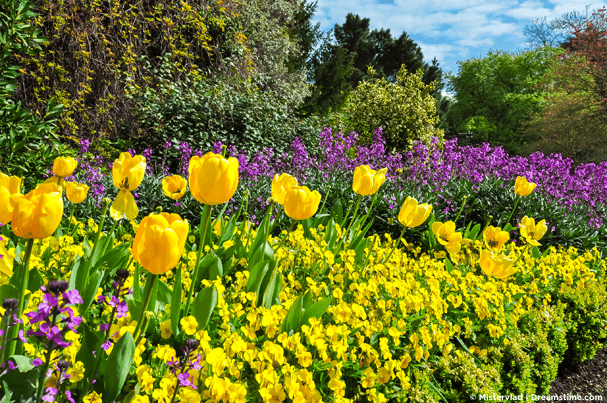 Springwatch is back for yet another season of facinating episodes in the gardens of the UK.

The programme is top-rated both in the UK and outside, especially with expats or those travelling abroad.

Unfortunately, like most other programs, channels, and even shows themselves, Springwatch is only available to those located in the UK.

As with most BBC programmes, you cannot watch it from outside the country, or at least – not without a bit of help.

But, where there is a will, there is a way, and we know how you can watch it anywhere. Read on to find out how.

What you need to watch Springwatch

As mentioned, Springwatch is shown on BBC, as well as online via the BBC iPlayer service, among tons of other interesting content.

But unfortunately for you, it is blocked outside of the country due to geo-restrictions.

To unblock it, you will have to employ a good VPN service. It's a small privacy app that also doubles up as a service to help you mask your location.

ExpressVPN is the best choice for the job, as it is the fastest one which is essential for watching video outside the UK. It's also very affordable especially when taking their annual package which offers a 49% saving, and it works with BBC iPlayer.

Alternatively, you can also try out NordVPN or CyberGhost, which are also be able to do the job. But, ExpressVPN is still our top pick – however, the choice is yours.

How to watch Springwatch abroad

Whether you are leaving the UK for a bit, or permanently, there is an easy way to watch Springwatch from abroad, and all you need to do is follow a few simple steps.

You should note that not all VPNs work with the iPlayer, as it tends to block them, just like Netflix and other streaming services.

If you choose another VPN service outside of the three mentioned earlier in this guide, make sure it works with BBC iPlayer.

When is Springwatch shown?

Springwatch is back and will be shown for three weeks live, starting at 7:30 pm from Monday to Thursday.

Fans of the show can watch live wildlife cameras from 7 am to 10 pm every day, as well. With 15 hours of live coverage per day – you can easily stay connected to nature without disturbing it.

What's Springwatch all about?

Springwatch is an exciting show, created by BBC, which charts the behaviour of British wildlife during the changing of the seasons.

The show tapes nature's behaviour live, and it has been around ever since 2005. It became so popular over the years, that it got spin-offs, including Autumnwatch, and Winterwatch.

The show comes from the desire to educate people about nature and the UK's local wildlife. Considering the amount of popularity it received – it appears to have succeeded in raising interest.

As mentioned, you can watch pretty much any other show that is on the BBC and its iPlayer.

But why stop there?

With a good VPN, you can also access other channels, including Channel 4, ITV, and even subscription services like BT Sport and Sky.

Apart from that, VPNs are the ultimate protection when it comes to securing your online privacy and anonymity. You can protect yourself online, and watch basically any content on the internet, from any place around the world.

As mentioned before, not all VPNs can unblock everything, so choose carefully which one to use.

Yes, absolutely. VPN apps are security tools, and as such, they are perfectly legal around the world.

Of course, some regions do not like them, but even such places did not make them illegal. Only in countries such as China do they frown up VPN use as they wish to control the flow of information.

In other countries, there are no such restrictions.

Springwatch is a very interesting educational show that presents UK viewers with the opportunity to learn more about nature and track the local wildlife while it goes about its routine, undisturbed. The show has received a lot of popularity, and it has been around for almost 15 years.

Unfortunately, it is geo-blocked, meaning that you cannot watch it from outside the UK. If you still wish to see it, you can do it with a VPN.

Once you're connected, you can watch Springwatch on BBC iPlayer at a time convenient to you wherever you happen to be in the world.