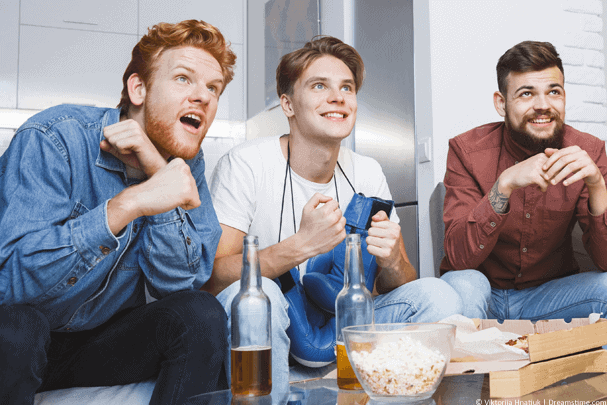 This guide tells you everything you need to know to watch the IBF World Welterweight title fight between Errol Spence Jr and Mikey Garcia completely free in any country.

This Saturday night (Sunday morning in the UK) boxing legend Errol Spence Jr will defend his IBF World Welterweight title in a fight against another legend Mikey Garcia.

The fight promises to be one of the best of the year so far with two of the sports best pound-for-pound boxers going head to head. Spence Jr is hoping to retain his title with Garcia aiming to cement his place in boxing history as one of the best.

Both Spence Jr and Garcia currently have unbeaten records and while Garcia is undoubtedly the more experienced fighter with his 39 fights, 39 wins and 30 by knockout. Spence Jr. who beat Kell Brook to take the title last year isn't lacking with 24 fights, 24 wins and 21 by knockout record.

TV coverage of the fight can be sporadic depending on what country you live or be expensive. If you don't have access to PPV or subscription channels or the fight isn't being shown where you live then not to worry. Below I'm showing you how you can watch Spence Jr v Garcia in any country.

Where is the fight being shown?

UK fight fans are in for an absolute treat, Spence Jr v Garcia is being shown completely free by ITV4. That means you can tune in on your TV by switching on ITV4 or you can use the online service from ITV Hub to live stream online.

How to watch free outside the UK?

If you're outside the UK and you try to watch on the UK's ITV4 you'll be blocked from streaming.

To avoid this block, you'll need to download a VPN app.

After 5 years of testing hundreds of VPN services I found ExpressVPN to be the best choice. Not only are they fast so you won't get any buffering at the crucial rounds but they're also really quick and easy to set up and use.

There are a couple of other suitable VPN options for watching the fight though.

Sign up and download one of the VPN apps. Then connect to the United Kingdom. You'll now be able to live stream the entire Errol Spence Jr v Mikey Garcia fight for free on the ITV4 website or by using their app for Android, iOS or Fire TV Stick.

Still confused or got questions? Drop a comment in our comments section and we'll be glad to help.

The Errol Spence Jr v Mikey Garcia fight is taking place on Saturday, 16th March 2019. If you're in the UK, Europe or Australia for example that will be Sunday morning.

Coverage of the fight is expected to start from around 9 pm local time in Texas, United States which means if you're in the UK you're going to be up in the middle of the night waiting from around 2 am.

However, you can set your alarm because the fight isn't expected to get started until at least 11 pm in Texas which could be closer to 4 am in the UK.

More specifically it's at the AT&T Stadium formally known as the Cowboys Stadium which is in Arlington, Texas. It also happens to be the home of the NFL team the Dallas Cowboys.

Sporting a retractable roof, it makes this 2009 completed stadium ideal for hosting large boxing events such as this one.

The belt up for grabs is the IBF Welterweight title.

Currently held by Errol Spence Jr and retained in his three prior fights. Garcia who is already a four times world champion will be aiming to take the belt and add a fifth title to his name.

Is the ITV4 live stream legitimate?

Yes, ITV4 is part of the UK's popular ITV Network.

It's a completely free-to-air TV network in the UK that requires no subscription.

Millions of users for online privacy use them. These days with online privacy risks from companies, hackers and even governments many users turn to VPN apps to stay secure online.

They're like the internet equivalent of anti-virus software helping keep your internet connection safe and private. They're also critical if you connect to public Wi-Fi a lot as they'll stop others from spying on what you're doing online.

Alongside the obvious security features, they also let you unlock sports and other TV services from across the world like accessing other regions of Netflix, so they've got multiple uses.

Can't I watch on a sketchy stream?

When big sporting events come around, there's always a large crowd who head to sketchy websites that show sports for free.

These sites are completely illegal, so you're breaking the law by watching them.

Not only that they're always low quality and end up buffering at the crucial points, usually when someone is about to get knocked out. Additionally, they're also a security risk because those kinds of sites typically have hidden nasties that install themselves on your computer or other device which could cause you issues in the future.

When you can watch for free on a legitimate stream using a VPN, why bother with dodgy sites?

Summary of what you need to watch

To watch the Errol Spence Jr v Mikey Garcia fight live for free you'll need to get yourself a VPN app from ExpressVPN.

Connect to their United Kingdom location and then you'll be able to stream the entire fight on ITV4 where you are without cable and without a subscription cost.

Enjoy watching the fight live wherever you are! Who do you think will win? My money is on Spence Jr. but I would love to hear your predictions and why.