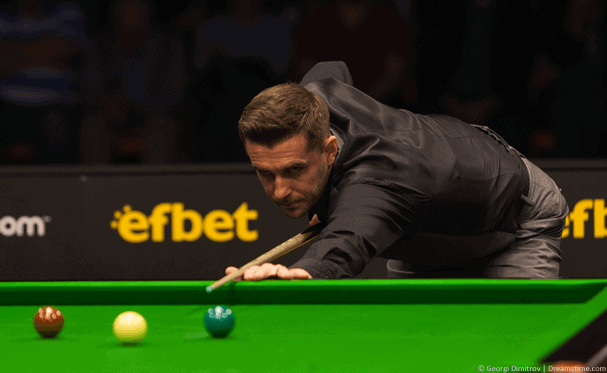 In this guide we’re going to show you how you can watch the entire Snooker World Championship online from anywhere in the world. This guide is suitable for beginners and will take less than 5 minutes to complete.

There are also no dodgy downloads or websites required, you can watch on legitimate TV services.

The Snooker World Championship is the biggest Snooker event in the world and if you’re a Snooker fan then you’ll want to tune in and watch all the action.

The problem is depending on what country you’re in depends on what kind of Snooker World Championship coverage you’ll get. Some countries like the UK have excellent coverage while others have limited coverage or no coverage at all.

The good news is you can watch all the Snooker World Championship coverage live online from any country in the world in the comfort of your own home and below we’ll show you how.

The Snooker World Championship is being shown live on the BBC in the UK. At the same time it’s being streamed online on the BBC iPlayer service on BBC Sport.

If you’re currently in the UK you can simply watch the Snooker live on the BBC or on BBC iPlayer. If you’re outside the UK you’ll be blocked from watching which is a pain if you want to see legends like Mark Selby do his thing.

The reason you’re blocked is obvious, you’re not in the UK.

Never fear though because there’s an app called a VPN (or Virtual Private Network to give it its full name) and this will allow you to change your online location so that you appear in the UK. So if you’re in Spain, the USA, Australia or anywhere else in the world you’ll be able to watch as if you were in the UK.

Just follow the 6 simple steps below and you’ll be watching in under five minutes.

How to watch Snooker World Championship:

You can connect and disconnect as much as you want which means you can come back at watch more of the live Snooker as it happens.

You’re also not just restricted to watching the Snooker either as you can watch other things on BBC iPlayer and also on the other UK services like ITV, Channel 4 and more.

How to watch on a mobile device abroad

If you want to watch the World Snooker Championship on a mobile device then it’s possible. It’s made easier if you’ve got the BBC iPlayer app already installed on your phone or tablet having previously installed it in the UK.

If you’re already outside the UK then the process is a little more difficult but not overly so.

Before completing the steps above you’ll first need to download the BBC iPlayer app. You can find out how to do this on an Android phone or tablet by using this guide or on an Apple device like the iPhone or iPad using this guide.

How to watch on a Smart TV abroad

If you’re a British expat or you’ve got a Smart TV that has BBC iPlayer on it then you may be able to watch the Snooker World Championship on it.

It will all depend on the type of Smart TV and if you’re able to change the ‘DNS Settings‘ of it. Usually these are located under the Network Settings of your device but do a search of Google for “your device name + DNS Settings” and see if it’s possible to edit them.

Most Samsung, LG, Sony and Panasonic VIERA Smart TVs allow you to do this. Once you’ve confirmed it’s possible follow the instructions below.

How to watch Snooker World Championship on a Smart TV:

You’ll now be able to open the BBC iPlayer app on your Smart TV and watch the World Snooker Championship wherever you find yourself in the world.

When is the Betfred World Championship on

The 2019 World Snooker Championship which is otherwise known as the Betfred World Championship starts on 20th April 2019 and runs until May 2019.

There is a prize purse of nearly £2 million up for grabs with the winner of the tournament taking home a cool near half a million pounds alone.

Mark Williams is the current 2018 champion and he’ll be returning hoping to regain his crown.

Other seedings will be decided based on the results of the recent 2019 China Open.

The event is taking place in Sheffield, England at the Crucible Theatre and organised by the WPBSA.

The final which will be a best of 35 frames will take place on the 5th and 6th May. 128 players will compete for qualification with only 16 progressing to the main stages of the tournament.

To watch the World Snooker Championship abroad on your computer, laptop, tablet or phone you’ll need to get yourself a VPN. You can get our recommended VPN by clicking the orange button below.

Once you’ve got a VPN connect to the United Kingdom and then visit the BBC iPlayer website or open their app.

You can now watch the entire Betfred World Championship anywhere in the world.