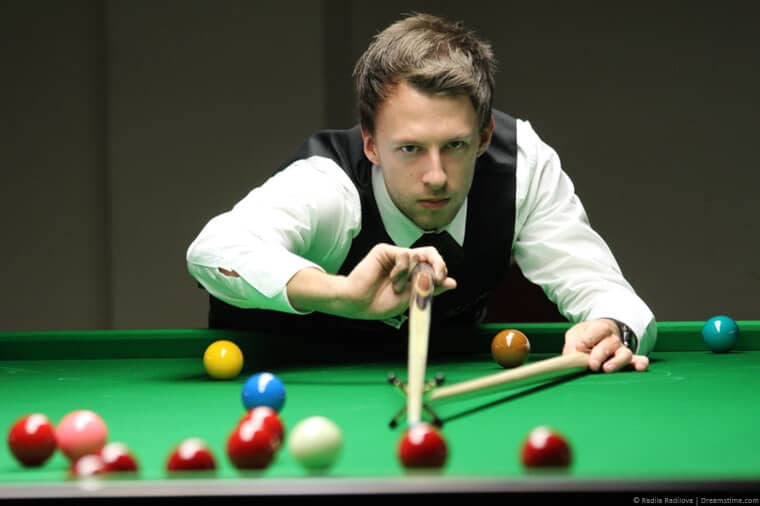 Christmas is coming early once again this year for Snooker fans with the UK Championship, the sports second biggest event after the World Championship, starting soon.

With 128 players competing and two weeks of action, it promises to be a feast of snooker. But if you want to watch securely where you are, you may find coverage is patchy.

In this guide, I will explain how you can watch comprehensive coverage of the UK Championship live or on demand in high quality.

All you need is a VPN app, but don't panic if you haven't heard of them because below I am going to explain exactly what you need to do.

Keep scrolling to stream all the Snooker action.

Where to stream it?

The BBC is set to show snooker’s UK Championship and it will be broadcasting coverage of every round live on BBC One, BBC Two, the Red Button service, and online through the BBC iPlayer.

For most of us UK, you will have no trouble watching as much of the tournament as you want. Flick on your TV or head over to their online streaming site or app.

But depending where you are you may find the quality poor or depending on your internet connection, not available at all.

This is where a VPN* app comes in which I mentioned earlier.

With a VPN, you can access BBC iPlayer and watch all of its coverage of the UK Snooker Championship no matter where you are.

Great if you want to watch securely and increase the quality of your stream.

What's a VPN and where to get one?

A VPN is an online security and privacy tool that secures your online data and hides your IP Address to make you semi-anonymous online.

A side-effect of hiding your IP Address is that websites can no longer see where you are and it allows you to send your data via a different route which can avoid buffering and other speed issues.

If you connect to a UK-based VPN server, then any websites or apps you use will think you're in the UK, which you probably are – but you get the idea.

In an effort to stop people overseas accessing BBC, they've blocked many VPN services which means even when you're in the UK you can't watch securely.

Many still work though and aren't affected by these blocks.

ExpressVPN is the best for watching the BBC iPlayer thanks to their speeds, security, and huge number of UK-based servers.

If you want to shop around a bit more, NordVPN and CyberGhost VPN also do a decent job, so you're free to choose.

Using a VPN to access the BBC iPlayer and watch the UK Snooker Championship is actually quite straightforward.

To walk you through the process, we have created a simple step-by-step guide for you to follow:

Use ExpressVPN to watch the event.

When is the tournament taking place?

The UK Snooker Championship is once again taking place at the Barbican Centre in York. The action begins on the 26th November with the final taking place on 8th December.

The BBC’s coverage of the tournament varies depending on how you are watching.

Most of the afternoon sessions are on BBC Two from 1pm (GMT) when play starts. Evening sessions are mostly on the Red Button service until the later stages of the tournament.

But on the BBC iPlayer, you will be able to watch full coverage of all the sessions as well as choose which table to follow.

In other words, you can watch any game you want to.

Who to watch this year?

As with any snooker tournament, it is always difficult to look past the legend that is Ronnie O’Sullivan.

He has won the UK Snooker Championship a record 8 times, including the two previous tournaments. He will open his defence against the amateur Irish player Ross Bulman.

Last season’s defeated finalist Mark Allen will be hoping to go one better this time and begins his campaign against the veteran Jimmy White.

Meanwhile, the current World Snooker champion and the sports new pin-up boy, Judd Trump begins against Moroccan Amine Amiri and comes into the tournament in form after recently winning the Northern Irish Open.

Other names to look out for are the 2018 World champion Mark Williams, veteran Scotsman John Higgins, who has lost the last three World finals, and three-time World champion and twice winner here, Mark Selby.

The UK Snooker Championship promises to take your mind off all the political issues and festive pressures going on right now.

It is live on the BBC and the iPlayer, but you may have problems streaming it.

But with a VPN you can enjoy every moment of the tournament no matter where you are.

ExpressVPN is the best VPN app to use but you're free to choose some of the other recommended options too.

Sign up, grab their app and sit back and enjoy the Snooker.

*Disclaimer: A VPN service not intended to be used as a means of copyright circumvention. Please read the VPN Terms of Service and BBC iPlayer Terms of Use for more details.