Home » Entertainment » How to watch the Six Nations Rugby abroad

How to watch the Six Nations Rugby abroad 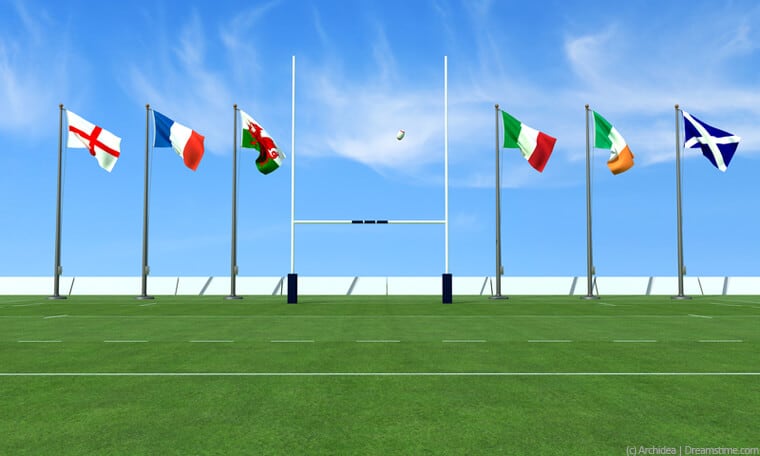 It's that time of year once more. The crème de la crème of European rugby is coming together for one of the most fiercely fought sporting contests in the world; the Six Nations.

Fans from across England, Wales, Scotland, and Ireland, as well as France and Italy, will be glued to their screens for the next few weeks. But, if you happen to be abroad during this period, you will find watching the games much tougher.

Six Nations coverage on BBC and ITV is blocked outside the UK, but it is still possible to watch if you use a VPN app.

In this article, we will tell you everything you need to know and recommend the best VPNs for the job.

What you need to view Six Nations

Coverage of the Six Nations in the UK is shared between the BBC and ITV.

Both stream matches on their online streaming services, the BBC iPlayer and ITV Hub. Unfortunately neither service is available outside the UK, not even in the EU now.

This is where a VPN app comes in.

By connecting your VPN to a server in the UK, it is possible to access these services anywhere. By doing this, you can watch Six Nations games live or on-demand no matter where in the world you are.

Not every VPN can unblock both of these services, but we have tested all the main providers and our top recommendation is ExpressVPN. They offer a great combination of online security, fast connection speeds, and multiple UK servers.

ExpressVPN also offers a terrific 30-day money-back guarantee and by taking advantage of our exclusive offer, you can save 49% on a 12-month package.

ExpressVPN is not the only provider capable of doing the job and if you want to shop around a bit, here is a rundown of our top-3 recommended VPNs:

How to stream the Six Nations overseas

Once you have chosen your VPN provider, you will need to get things set up before you can watch. Don't worry, this is a lot more straightforward than it sounds.

However, we realise some people find these technologies a bit tricky, which is why we have created an easy step-by-step guide for you to follow, using our recommended provider, ExpressVPN, as an example:

If you do have any problems connecting, we would suggest connecting to a different UK-based server and then trying again. ExpressVPN always has plenty more servers to choose from.

When is the Six Nations on TV?

The opening match of the Six Nations takes place on Saturday 5th February between Ireland and Wales in Dublin, Ireland. The same day will also see England meet Scotland.

Round 2 will take place on the weekend of 12th and 13th February, with round 3 being held over the 26th and 27th of February.

The final two rounds will be played on consecutive weekends, with round 4 being held over the 12th and 13th of March before the competition reaches its conclusion on 19th March, with all six teams in action on the same day.

Last year was won by Wales who last won it prior to that in 2019.

This year's Six Nations promises to be another thrilling contest and you won't want to miss a minute of the action, even if you are going to be overseas.

Fortunately, you don't have to. By connecting to a VPN, you can watch all the games live or on-demand on either the BBC iPlayer or the ITV Hub.

In this article, we have explained exactly how to do this and also recommended ExpressVPN as the best VPN provider to use.

With ExpressVPN downloaded, all you have to do is sit back, relax, and look forward to another epic Six Nations Championship.