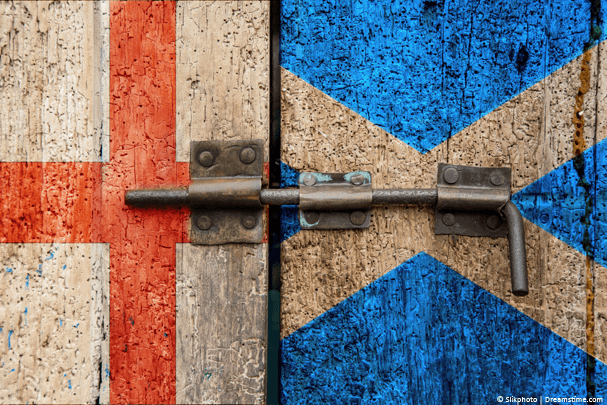 Scotland takes on England this Saturday in their World Cup qualifying match for the Russia 2018 FIFA World Cup.

The match is being shown live on ITV Player in the UK but if you find yourself abroad and you try to access you’ll be blocked from viewing.

With such a rivalry you won’t want to miss this qualifying match so we’ve put this guide together to show you how you can watch Scotland vs England live online abroad.

The best thing is, it works in any country in the world.

If you’re outside the UK and you try to watch the ITV Player online stream of the match then you’ll be blocked from viewing and likely see a screen similar to the one below.

All you need to bypass this block is a tool called a VPN.

A VPN lets you change your online location so you can appear in the UK and it’s available for Windows and Mac computers and as long as you already have the ITV Player app on your tablet or phone then it’ll work on those too!

Just follow the simple instructions below to watch the entire match.

How to watch Scotland vs England World Cup Qualifier Abroad:

After a few seconds, the IPVanish software will inform you that it has connected.

Once connected all you need to do is visit the ITV Player website and you’ll be able to watch the entire Scotland vs England match live online no matter what country you’re in.

When you’ve finished simply disconnect. You can reconnect anytime and watch anything else on ITV Player, BBC iPlayer and more.

If you’re still a little unsure and think it’ll be too tricky, watch our example video below where we connect to IPVanish on a Windows PC.

There are alternative VPN services too which will do the same as IPVanish.

If you have more time on your hands and you want to shop about then three other VPN services we recommend are:

They work exactly the same way as IPVanish only their software and apps look a little different but you’ll still be able to watch the entire match.

Scotland hasn’t played in a major international tournament since France 1998 and will be hoping to overpower England to improve their chances of qualification.

Ex-Scotland boss Alex McLeish has said Harry Kane will be the man Scotland need to stop to secure victory.

Nathaniel Clyne will be missing from the England squad due to injury but Spurs wonder Deli Ali will continue his position of No.10.

Scotland beat Slovenia in March which will give manager Strachan thought to start with the same starting 11 but with six treble winning Celtic players in his squad they’ll be riding high and will surely feature.

Head to head England have won 48 games, Scotland 41 and there have been 24 draws so it’s by no means a one horse race and both England and Scotland could take victory.

Regardless of who wins you’ll be able to watch all the action live online from anywhere in the world, just click the button below to get yourself a VPN and head over to ITV Player.