Home » Guides » How to watch the Royal Wedding of Harry & Meghan

How to watch the Royal Wedding of Harry & Meghan 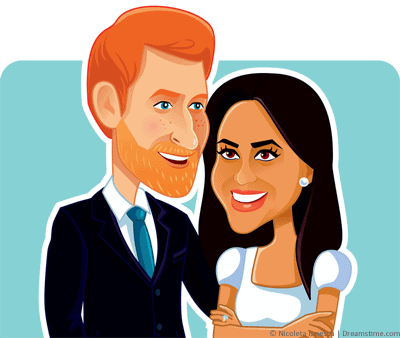 Royal Weddings don’t come along very often, and ones where the bride-to-be is a celebrity in her own rights, are even rarer. Which is why the upcoming nuptials between Prince Harry and his fiancé Meghan Markle are expected to attract bumper crowds and a huge TV audience.

In the UK, the wall-to-wall coverage has already begun, and TV viewers can expect to see and hear about little else on the big day itself.

If you are a fan and are keen not to miss a moment of the action, in this article we are going to tell you everything you need to know, including how to watch the Royal Wedding of Harry & Meghan even if you’re abroad using a VPN app.

How and where to watch the Royal Wedding

The Royal Wedding itself will be shown live on both of the UK’s major terrestrial TV channels, BBC One and ITV. Both channels will also have their own pre-and-post event shows as well as a lengthy list of royal experts offering their views and opinions throughout the day.

The choice of which channel to watch is really a personal one. The only big difference between the two is likely to be that ITV’s coverage will include advert breaks, while the BBC does not have adverts.

The Wedding ceremony itself is scheduled to begin from midday on Saturday 19th May. It is being held at St George’s Chapel in Windsor Castle, so it is unclear how much TV cameras will have access to ahead of the service itself.

But after the service, from around 1pm, the married couple will travel through the town of Windsor in a horse-drawn carriage, which will no doubt be closely followed by the cameras.

If you can’t be in Windsor to see that spectacle for yourself and aren’t going to be near a TV either, both the BBC and ITV will be streaming all of their coverage live on their streaming platforms.

That means that anyone in the UK can log on and enjoy uninterrupted coverage on either the BBC iPlayer or the ITV Hub.

How to watch the Royal Wedding outside the UK

But how can you watch if you are outside the UK? Well, there are plenty of countries which retain interest in the British Royal Family and so some coverage can be expected there. This is especially true in the USA, as the bride, Meghan Merkle, is American.

But nowhere will offer the same level of comprehensive and insightful coverage as the British Broadcasters.

However, if you are outside the UK, you will be disappointed if you try to log onto a British streaming service to view their coverage. Both the BBC iPlayer and ITV Hub employ geo-restriction technology to ensure that only British viewers can watch their channels.

But there is a way around this. If you use a VPN, it is possible to get around these geo-restrictions and watch the British coverage of the Royal Wedding from anywhere in the world.

By using a VPN connected to a British server, it is possible to fool both streaming services into thinking you are in the UK even when you aren’t. The ITV Hub should work with any VPN, but the BBC iPlayer has tried to crack down on this type of usage and as a result there are only a select group of VPNs that still work with it.

As a result, our recommended VPN to use to watch the Royal Wedding abroad is NordVPN, which will work with both services. Here’s how to do it:

If for some reason, either streaming service doesn’t want to work, just try a different NordVPN server. It rarely takes more than two or three tries to find one that works.

About the Royal Wedding

The Royal Wedding between Prince Harry and Meghan Markle is, without question going to be the social event of the year.

It is taking place at St George’s Chapel in Windsor, which is where Prince Harry was christened at just 3-months old. While a smaller venue than for his brother Prince William’s wedding, which took place at Westminster Abbey, there is still room for 800 guests to attend.

It does however suggest that Harry and Meghan are planning a more private and personal event than that of his brother.

After the pair has tied the knot, there will be a carriage parade through Winsor town centre to give royal fans the opportunity to see the happy couple in the flesh. Their reception will then take place in St. George’s Hall, the Castle’s largest state room, which is 180ft long.

The day’s festivities will end with a private reception being hosted by Harry’s father Prince Charles. That is expected to be a low-key ceremony strictly for family and close friends.

The guest list for the wedding has been kept a closely guarded secret. But it seems that politicians have been left off the list as have most celebrities, although the Spice Girls have apparently all been invited, with rumours that they might even be performing.

If you are determined not to miss a moment of the Royal Wedding then, fortunately, you won’t have to. In the UK, you can watch it all on BBC One or ITV, while the iPlayer and ITV Hub will be streaming everything live.

If you are not in the UK, then you can still stream the whole wedding live on either the iPlayer or ITV Hub. But you will need to use a VPN connected to a British server to do so. And our recommended VPN for the job is NordVPN.