How to watch Red Dwarf: The Promised Land anywhere 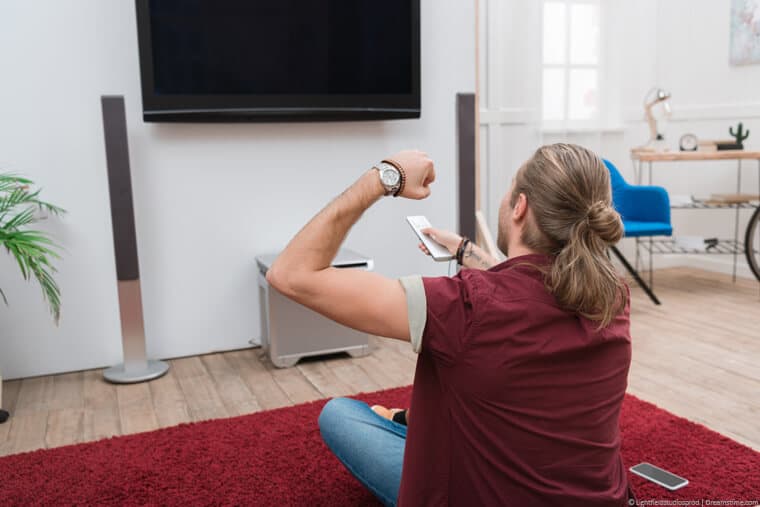 However, while the return is long overdue in the minds of the fans, we are not getting the next series, but rather a feature-length special.

The special hung in the air for a long time, and many wondered if it will ever actually arrive. Now, however, the day has come, and the official premiere is near!

But, to watch it, you will need access to the UKTV-owned Dave channel.

Unfortunately, the channel is not available outside the UK and Ireland. In this guide I'll be showing how you can watch anywhere.

As mentioned, in order to be able to watch Red Dwarf: The Promised Land anywhere, you will have to gain access to UKTV's Dave channel.

Since it is only available in the UK, you have two choices. Either to travel to the UK or to make it seem like you moved to the UK.

You will likely agree that the second option is much easier (and cheaper!), but how can you do this?

VPN is an online privacy, security, and anonymity app that allows you to hide where you really are and change your location to almost any country in the world.

VPNs are very easy to get, as they are extremely available, and only a quick Google search stands between you and hundreds of VPN services.

Of course, that doesn't mean that all VPNs are equally as good, as there are plenty of services that have weak security features, slow speeds, only a few servers, and more.

After some lengthy testing, we found ExpressVPN to be about the best option.

They offer a massive server network that has over 3,000 servers in 94 different countries. This means you can appear in any of those 94 locations.

It also has excellent speeds which are critical for streaming video, especially if you want to watch the special in the highest quality and not be bugged by buffering or other video issues.

It even offers a 30-day money-back guarantee so that you can get your money back if you change your mind about using it.

Alternatively, CyberGhost and Surfshark are also great options. So you're free to shop around and see which you like the best.

How to watch the Red Dwarf Special

If you are ready to get watching, follow these quick steps:

What's the special all about?

Without spoiling anything, we can tell you that the special follows David Lister, a vending machine repairman, who breaks a minor rule and ends up being punished for it by being sentenced to suspended animation.

However, once he awakens, the world that he steps into is a lot different than the one he left behind.

As such, the special presents us with an interesting view of the future, which shows how a single event can have massive consequences in the long run.

Who's starring in the episode?

The special will see the return of numerous regular stars of the show, including Chris Barrie, Craig Charles, Robert Llewellyn, Danny John-Jules, and Norman Lovett.

However, it will also have numerous new additions, who will act as guest stars for this episode.

Also, the episode we are about to see was written and directed by Doug Naylor.

What else can I use a VPN for?

Of course, you might be wondering why you would want a VPN only to watch this single special?

Fortunately, VPN's usefulness goes well beyond one special, and you can use it for plenty of other purposes.

Most importantly, you can use it to keep yourself safe from online surveillance, advertisers and websites who would obtain your data for their own purposes, but also for hiding from hackers.

Of course, you can also use it to unblock other streaming services, such as Netflix, BBC iPlayer, Hulu, and pretty much any other.

In other words, there are plenty of reasons to use a VPN, and you won't be disappointed if you choose ExpressVPN or one of the others we have mentioned.

Red Dwarf is back, this time with its special, The Promised Land.

However, it won't be possible to watch in most countries, as the special will only be available to those inside the country. Fortunately, you can easily view it if you use a VPN.

We recommend using ExpressVPN because we found them to be straightforward to use with a no-messing quick set-up.

Download their app, connect to the UK and enjoy laughing along to the Red Dwarf team on Dave.

I would love to know what you think of the special. Did it live up to the series of yesteryear? Let me know in the comments section below.