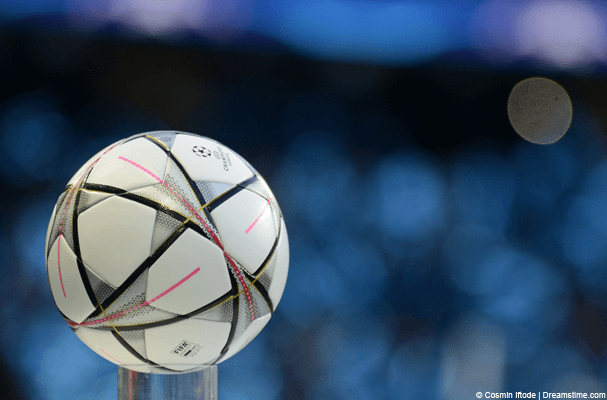 If you want to watch two of Spain’s top teams battle it out in the Champions League Final 2016 then your choices can be limited.

Depending on where you are in the world depends on if you’ll have access to watch the Champions League Final or not.

If you’re in the UK you can watch entirely for free on BT Sport on your TV or online using the BT Sport YouTube channel on Saturday, 28th May 2016.

If you’re outside the UK and you don’t have any source of watching the Champions League final for free on your TV service then you’ll feel out of luck. The good news is that you too can watch the Champions League Final 2016 on BT Sport’s YouTube channel but you’ll need a small workaround called a VPN.

In this article I’m going to show you how to use a VPN to watch Real Madrid vs Atlético Madrid Champions League Final anywhere in the world.

If you try and visit the BT Sport YouTube channel outside the UK then rather than being able to watch the match you’ll be blocked from viewing and see a block screen similar to the one below.

The great news is if you use a VPN service you can make it appear as if you are in the UK so the page thinks you’re in the UK and streams you the match live.

VPN services cost around $5 – $10 per month (about £3 – £6) but can be cheaper if you sign up for longer than a month. There are plenty of uses including watching other various football matches but if you only want to watch this one match then you’ll only need a 1 month package.

There are tons of VPN providers and the choice can be confusing so I’ve been testing the available options to find out who is the best to watch Real Madrid vs Atlético Madrid in the Champions League Final and found the following three to be the best choices.

All you need to do is click one of the names above, visit their site and sign-up then keep reading below as I’ll show you how to use the VPN to watch the Champions League final anywhere.

How to use the VPN service

Once you’ve signed up you need to decide what device you want to watch on. You can watch on a Windows PC, Mac, Android or iOS device.

Download the software from the VPN provider’s website or the app from the required app store and install.

Once installed all you need to do is connect to a UK server. Once you’ve connected just visit the BT Sport YouTube page by clicking this link at the kick-off time of 19:45 BST (20:45 CEST).

Below you can see an example step-by-step guide using IPVanish but it’s almost identical using the other providers too.

Once the software has connected, visit the BT Sport YouTube channel.

If when you connect you still get the error that it’s not available to view in your country, Disconnect from IPVanish, Press Server Selection, Press List, in the search box type “United Kingdom”. Select one of the options in the list such as Manchester and press connect.

Another solution to try is view in Incognito or InPrivate mode in your web browser.

Why am I blocked from viewing

When you visit the BT Sport YouTube page it checks to see what country you’re in.

It does this by checking something called your IP Address. An IP Address is a sequence of numbers that tells the information who requested it and where to send it. Unfortunately, it also tells websites your location and it’s impossible to function without one.

A VPN allows you to get an IP Address from another country so when you connect you give the impression you’re in the UK even though you’re elsewhere in the world and so the channel streams you the match.

Without question, Real Madrid will be favourites to win the Champions League this year but with a repeat fixture of the 2013-14 cup final, Atlético Madrid will be hoping to avenge that 4-1 defeat.

Cristiano Ronaldo has been ruled 100% fit for the match and after being one of La Liga’s top goal scorers this year he’ll be a force to be reckoned with.

Atlético Madrid will be no pushover, after ridding the Champions League of teams of quality such as Bayern Munich they’ll be firing all guns in an attempt to claim the cup.

After finishing just 2 points behind Real Madrid in La Liga it promises to be an amazing match.

While nothing is set in stone, one thing remains certain. The cup will be coming to Madrid one way or another.