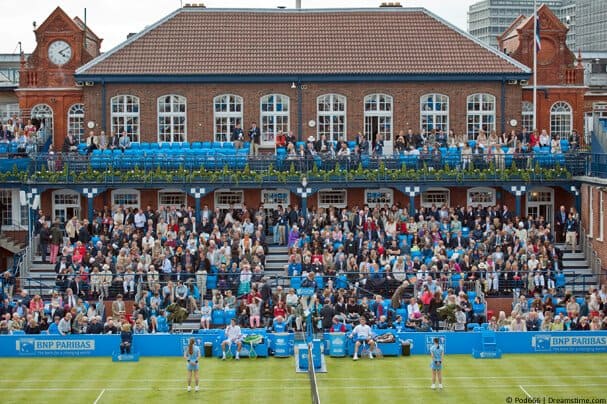 Queen's Club is back, and in full swing and if you're looking for a reliable way to watch the action without requiring a cable subscription we've got the details you need.

Tennis fans from all corners of the world have been seeking out ways to watch the matches, with some of them opting to pay expensive cable subscriptions. But if you don't want to cough up the cash to watch this one tournament, then you don't need to.

Others have turned to less-than-legal streams, thus exposing themselves to all kinds of different problems such as viruses and trojans, quality issues and more worryingly, breaking the law.

However, what if we told you that there is an easier way – much cheaper than cable, much safer than illegal streams and using an app used everyday by millions of users.

If you're interested, keep reading, and we will tell you all you need to know.

To watch the Queen's Club broadcast live, you will need access to the UK's BBC iPlayer.

Unfortunately, the iPlayer only works if you are accessing it from the territory of the UK. As a geo-restricted service, it won't work for you if you live elsewhere.

Geo-restrictions are why you will need a VPN.

A ‘VPN' is a privacy app that allows you to disguise your location letting you watch the tournament anywhere, but most importantly, it helps you stay safe online from tracking, hackers and other threats.

There are numerous providers, but after some extensive tests, we found ExpressVPN is the best VPN for the task.

The standout feature is speed. Speed is critical when streaming video online so you won't suffer buffering issues. When watching live sport like Tennis, the last thing you want is buffering.

They also offer a massive range of apps for every device allowing you to watch Queen's Club on whatever type of device whether you're at home, at work or out and about.

Alternatively, you can also use NordVPN or IPVanish, they also offer decent services and you are free to choose.

Of course, you are free to use any VPN you wish, only make sure that it works with BBC iPlayer before paying for it.

Then, after picking a provider, here are the steps that you should follow next:

As you can see, the process is simple, and it won't take you more than 5 minutes to complete it.

It is also cheap and costs just a few pounds or dollars for a months service – enough to live stream the entire Queen's Club tennis tournament.

When is Queen's Club tennis shown?

Queen's Club starts on 17th June and will end on 23rd June. It's a good preview for Wimbledon coming in July.

You can watch the matches from around midday every day.

Where is the tournament taking place?

As usual, the tournament will take place in London, England, at Queen's Club. This is a private sporting club, located in West Kensington, London, England.

The club has always been the host of Queen's Club Championships, with 28 outdoor grass courts, as well as eight indoor courts.

It also hosts British Open each year; It was founded back in 1886 when it was known as The Queen's Club Limited. Depending on where you read, it is either the world's first or second multipurpose sports complex.

Who's taking part this year?

As always, the tournament has attracted some of the best tennis players from all around the world.

As preparations for Wimbledon get underway, it's an excellent chance to see how some of the entrants are performing.

There are several popular entrants, such as the UK's Jay Clarke and Dan Evans, as well as Spain's Feliciano Lopez. 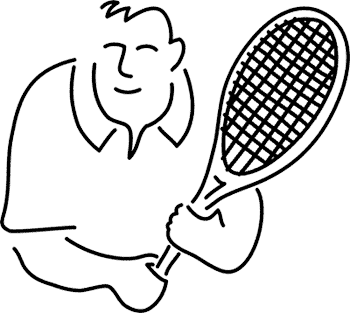 However, one of the leading names in this year's tournament is Andy Murray, who is using this event to return to action for the first time since January's Australian Open. After he lost to Roberto Bautista Agut, he announced his plans for retirement due to injuries. However, the former World Number 1 appears to have changed his plans.

Who's likely to win this year?

One thing that fans are always the most interested in is who will win. This has been the case for every game and every sport throughout history, and it is no different when it comes to Queen's Club Championships.

So far, it would appear that Stefanos Tsitsipas of Greece has been deemed the strongest player in the field being given the first seeding.

There are also Russian Daniil Medvedev, the current champion Marin Čilić, as well as Canadian Milos Raonic. Finally, there is a Swiss Stan Wawrinka, and another Canadian player, Felix Auger-Aliassime.

These are the top-seeded players, and the winner is likely among them.

Tennis tournaments are always exciting, which is why they have grown to be as popular as they are. While Wimbledon takes the spotlight, Queen's Club is an excellent chance to see some exciting players in preparation for England's biggest Tennis tournament.

However, the issue, as always, lies with the borders, and Queen's Club Championship is not available to watch for everyone, as it should be.

Luckily, that can easily be fixed with a VPN, as mentioned above.

There is a whole bag of choices but we found ExpressVPN to be about the best, although you are free to pick any. Sign up for their service (one month is enough), download their app and connect to the United Kingdom.

You can then live stream the entire Queen's Club tournament on the BBC's iPlayer in any country.