How to watch the Premier League on Amazon Prime anywhere 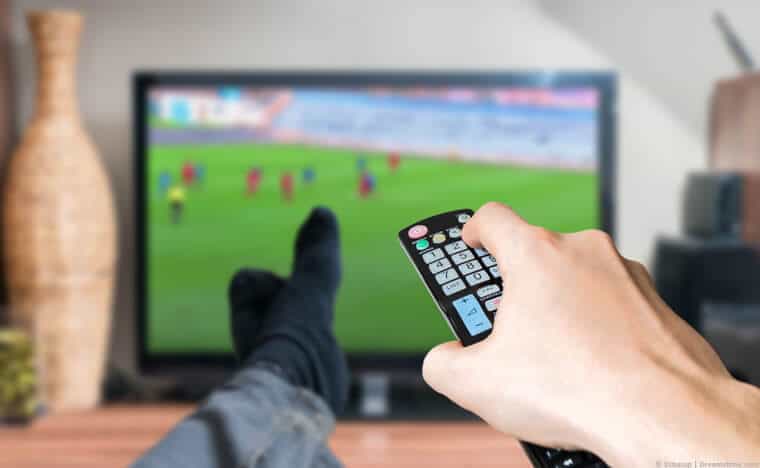 As you might be aware, Amazon Prime is showing a select batch of English Premier League fixtures this year for the first time.

But, how do you watch these if you're not in the UK?

Missing your favourite team is out of the question so in this guide we'll be showing you how you don't need to.

Amazon purchased the rights to stream 20 games per season for three years, and it is time for it to start delivering.

Football is huge, especially the EPL, which is why many feel that the limitations of Amazon Prime getting in on the act are unfair, as you now need Sky Sports, BT Sport AND Prime to view most of the matches.

However, there is a way you can stream the Amazon games practically free and below I'll show you how.

Get watching in the UK

If you are located in the UK, you do not have to worry, as you will have full access to everything EPL-related that Amazon Prime has to offer.

Go to the Amazon website, sign up for a free Amazon Prime trial, and enjoy the games.

Don't forget to cancel within 30-days if you really don't want to pay. Or keep hold of it to get free shipping on Amazon products and watch other Prime exclusives.

So, how do you get watching when you're not in the UK?

Basically you will need to use a VPN app.

VPN is short for Virtual Private Network. It's an online service that provides you with a powerful app that can hide your identity and location, but also lets you keep your privacy and increase your security.

VPNs use numerous features to do this, but you don't need to worry about them much because it's all done for you automatically.

Now, another essential thing is to note that there are hundreds of providers, not all of which are actually good.

So before you head to Google and start typing in ‘VPN', consider these services.

ExpressVPN is the best we've found.

In our recent tests, we discovered it has excellent streaming speed which is ideal for the football as it means you won't get annoyed by buffering at important moments.

It's also got a super-handy 30-day money back guarantee so if for any reason you don't like it or just can't get it to work you can get your money back – no questions asked.

Alternatively, you might also want to consider CyberGhost and NordVPN, both of which should do the job, so you're free to choose the one you like best.

How to stream the EPL: Step-by-Step

You will also need an Amazon Prime account. Let's take a look at the steps to do that.

Once you've completed the sign up you need to grab yourself a VPN app, I'm using ExpressVPN but it's similar using other providers too.

The only thing left to do this year is ask if Leicester or Man City can catch Liverpool or at what point will they mess it up this season?

When is Amazon Prime showing the EPL?

According to what is known right now, Amazon Prime will show EPL matches throughout December 2019.

The first games were the midweek games in early December, which included Manchester United and Tottenham, but also the Liverpool vs Everton game, otherwise known as the Merseyside derby.

Other than that, the games will become available on the service on Boxing Day and December 27th, when you will be able to stream them live.

What matches can I watch?

As mentioned, some matches have already been shown on the service, while all Boxing Day and 27th December games will become available in due time, This leaves you with two weeks to prepare, get a VPN, and figure out how to start your free trial.

There will be 20 Premier League matches in total per season, for the following three seasons.

Some of the matches that we have yet to see are Manchester United vs Newcastle United, Chelsea vs Southampton, and Liverpool vs Leicester.

There are currently ten matches available, and the final ten will be streamed live on December 26th and 27th.

Why does Amazon have PL matches?

Amazon Prime's decision to purchase rights to publish matches has had a huge impact on other streaming services that are usually focusing on the games, such as BT Sport and Sky Sports.

The reason for the decision, at least according to BBC Sport, is that Amazon views the EPL deal as a ‘loss-leader.'

In other words, the company believes that it will win the viewers by deliberately aiming at the Christmas period, which is one of the busiest times of the year for the firm.

Many have criticised the decision, particularly the representatives of Football Supporters' Federation (FSF), although there is not much anyone can do at this point.

As a fan, it now means you need three services to watch the most amount of games.

Amazon Prime has bought rights to stream 20 EPL matches per season for the next three seasons, and the first set of games have been an enourmous success.

Unfortunately, if you're outside of the UK, you will need a VPN to watch the games.

Not only that, but you will also need to make use of the free trial that Amazon Prime is currently offering for its new users.

Remember, pick-up a VPN from ExpressVPN or one of the other recommended providers of your choosing. Download their app, connect to the UK and the enjoy streaming the games wherever you are.