Home » Entertainment » How to watch the Premier League 19/20 abroad

How to watch the Premier League 19/20 abroad 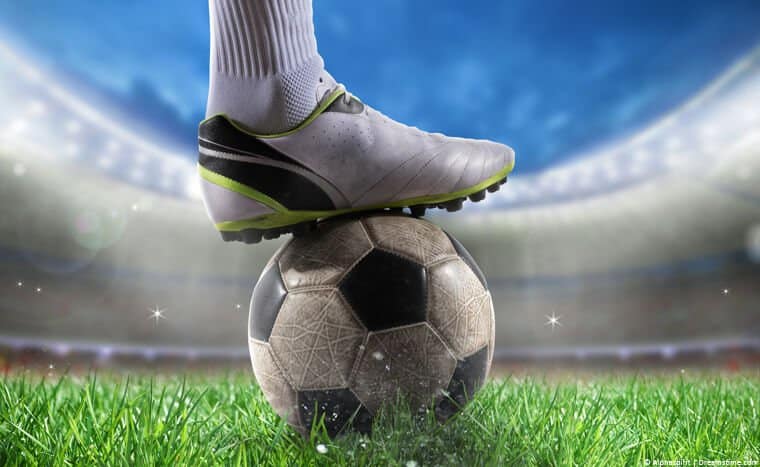 It’s back! After a long summer break, the Premier League is finally returning and football fans everywhere have much to look forward to.

It’s going to be an epic season and you won’t want to miss a moment. But, if you are based overseas, off on holidays or for travelling for business you might be worried about missing some of your teams biggest games.

Rather than turn to those sketchy-malware-ridden streams that are being blocked quicker than you can say harry-maguire-isn't-worth-80-mil, most of us honest folk just want to access our official streaming services overseas.

In this guide, we are going to tell you everything you need to know to enjoy every Premier League match live no matter where in the world you are. It’s really easy too, so you won’t ever need to stress over finding a live stream again.

What you need to watch abroad

Whether you subscribe to BT Sport, Sky Sports, or Amazon Prime, try and watch their streaming service from abroad and you will find that they are all blocked.

It’s frustrating, but there is a way around it. What you need to unblock them is a VPN*.

A VPN is a privacy tool that helps people stay safe online but it also acts as a way of disguising your location.

ExpressVPN is the best VPN to unblock BT Sport, Sky Sports, and Amazon Prime overseas. This is down to its Leroy Sane-fast speeds, excellent security and privacy protections, and large range of UK servers.

There are other VPNs that can do the job too, such as NordVPN or CyberGhost VPN, and you are free to choose but our top recommendation is ExpressVPN.

If you have a BT Sport subscription, you have one live game a week to look forward to. Early fixtures they are covering include Man City’s opening game away to West Ham, Arsenal’s home game v Burnley, and Liverpool v Newcastle.

BT Sport live games will be streamed on their website and app. But to access this abroad, you will need to use ExpressVPN.

Here is a simple step-by-step guide for you to follow:

Sky Sports is still the main Premier League broadcaster and they will be showing three or four live games every weekend.

Early highlights of their coverage include the opening weekend clash between Man Utd and Chelsea, Man City v Spurs, a potential humdinger between Liverpool and Arsenal, and the North London Derby.

Sky Sports also blocks users outside the UK from streaming their content online. But with ExpressVPN, you can unblock Sky Sports and watch all the big games from anywhere. Here’s how:

Watch the games on Amazon Prime

Amazon Prime is a newcomer to the Premier League broadcasting game. They have twenty live games this season.

These will be the entire Boxing Day schedule as well as one other round of fixtures in the run-up to Christmas.

Unblocking Prime overseas is tough but our testing has found that ExpressVPN is still the best bet. However, even then you may have to try multiple servers before finding one that works.

You can give it a go by following these steps outlined above to install ExpressVPN. Then just log into your Amazon Prime account and have a try.

However, it may be a little hit and miss with Prime so ensure to take advantage of ExpressVPN's 30-day money back guarantee if you can't get this working.

Where will this work?

The beauty of using a VPN to unblock the Premier League season is that it will work anywhere. It doesn’t matter what city, country, or continent you find yourself in.

As long as you have an internet connection, you can use your VPN to watch Sky Sports, BT Sport, and Amazon Prime wherever you happen to be in the world.

You'll also be able to watch other shows like Match of the Day with the same VPN service too.

Critics agreed that last season’s Premier League was one of the most exciting ever as Man City and Liverpool fought tooth and nail for the title right down to the final game of the season.

This season looks likely to be even more exciting. Both Manchester City and Liverpool have strengthened, while Spurs, Arsenal, Chelsea, and Man Utd will also be there or thereabouts.

After winning the Community Shield, City have proven themselves up there but with Liverpool still riding on the crest of their Champions League status they'll be hoping to turn fortunes this year.

But it isn’t just the big six. No matter which team you support, this season looks like a thrilling one. Everton looks strong, Aston Villa has bought well. Bournemouth and Brighton have made intriguing signings.

There are no shoe-ins for relegation and it looks like a league where any team can beat any other on their day.

How do you think your team will fare and what Premier League game are you most looking forward too?

Here at VPNCompare, we are tipping Liverpool to pip City to the title this time while we also think Arsenal will be back in the top four and Everton could trouble the top six this time.

With such a great season ahead, you won’t want to miss a game. And with a VPN, you don’t have to, no matter where in the world you are.

ExpressVPN is our top pick to unblock BT Sport, Sky Sports, and Amazon Prime, all of whom are showing live games this season.

In this guide, we have explained how to do this. All you have to do is sign up for ExpressVPN, read through our guide, then kick back with your mates and enjoy live football once again.

* Please ensure you adhere to any Terms & Conditions of your subscription services regarding access and the use of VPN.