How to watch Polish Netflix in the UK or US 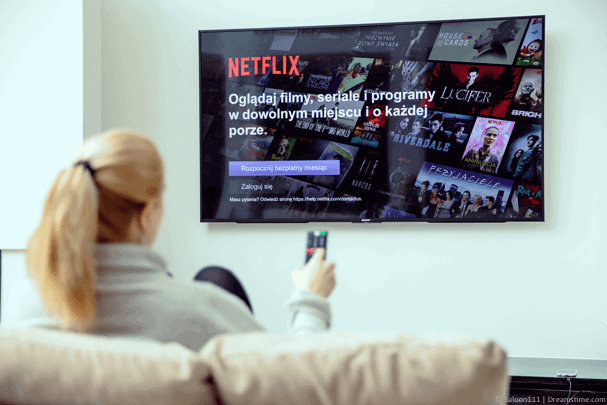 Netflix is definitely one of the best services in the world but if you're Polish and you're in the UK or US or anywhere else abroad then you won't get access to Polish movies and TV shows or Polish audio and subtitles.

If you speak good English then that isn't a problem but like most people, you probably have family members who speak a lesser amount of English or none at all.

With Netflix having a huge range of movies and shows this can leave Polish only speakers left with little to watch.

The good news is you can watch Polish Netflix in the UK really easily and below I'm going to show you how.

Unblock Polish Netflix in the UK/US

It doesn't matter where you signed up for Netflix or where you pay the bill, depending on what country you're in depends on what type of access you get to Netflix.

Again, it doesn't matter where you pay for Netflix, only where you physically are.

To watch Polish Netflix in the UK you'll need to get an app called a VPN (Virtual Private Network). A VPN works by allowing you to alter your location to make it appear as if you're in another country. In this case, you want to appear in Poland.

VPN apps work for all major devices like Android and Apple tablets and phones, Windows and Mac computers and laptops and even the Amazon FireTV and Firestick. A VPN will cost you a couple of pounds per month and they're always charged for in US Dollars.

Follow the steps below and you can be watching Polish Netflix in the UK in minutes.

For this, you'll need a Netflix account. It doesn't matter which country you signed up for Netflix in.

You'll also need a VPN. I recommend using ExpressVPN because they were the only VPN service I could get working with Polish Netflix.

There are other providers such as NordVPN and Cyberghost VPN but I wasn't able to get them working with Polish Netflix. To view our list of the top VPNs for Netflix, click here

How to watch Polish Netflix in the UK Step-by-Step: 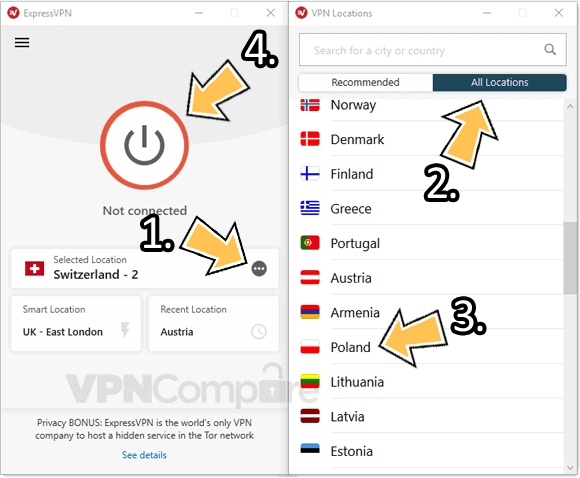 What are the benefits of Netflix Poland

Although Netflix Poland doesn't have a huge amount of exclusive content, although there is some, the main benefit is the Polish language.

If you're in the UK and you miss watching TV in your native language then accessing Polish Netflix will help.

Not only can you watch movies and TV Shows with Polish audio but you'll also be able to watch with Polish subtitles if audio isn't available.

Even if you understand English well it's always nice to watch in your mother tongue so you don't need to do too much thinking.

A VPN will allow you to watch Polish Netflix in the UK or in fact in any other country outside Poland. You can watch on all types of devices.

Watching Polish Netflix in the UK is a whole lot easier than you would imagine.

All you need is a service called a VPN which will cost you a couple of pounds and enable to you pretend you're in Poland.

I recommend using ExpressVPN as they're one of few that works with Netflix Poland. Once you've got the VPN service simply download their app and connect to Poland.

You can now access Netflix like normal but will now have access to the Polish Netflix catalogue and more importantly, Polish audio and subtitles on your favourite shows and movies.