Home » Entertainment » How to watch Poldark Series 5 outside the UK

How to watch Poldark Series 5 outside the UK 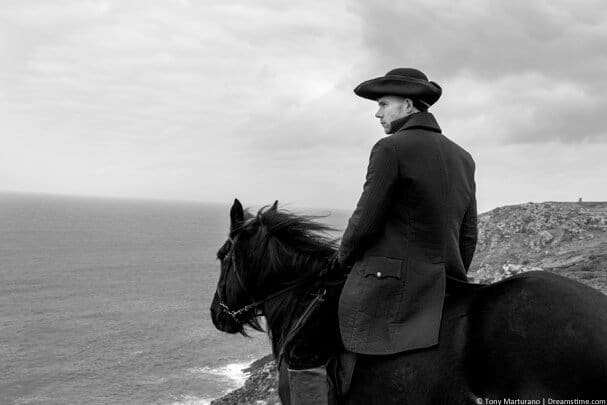 Want to watch Poldark Series 5? You’re in the right place as I’ll be explaining exactly how you can do that in your country.

Poldark is finally returning with the show’s fifth series, and unfortunately for the fans, this one will be the last one.

Even so, the excitement for the return of the beloved show is almost enough to outweigh the sadness about the show’s end, and you’re not alone if you are looking forward to seeing the new series.

Of course, not everyone will be able to watch the show, which is often the case with the content from the UK.

The country’s TV geo-restrictions allow no exceptions. But, if you wish to watch as soon as it goes live, there is a way, and below I’ll be showing you how.

When and where is Poldark Series 5 being shown?

Before we explain how to do it, a few details about the new series first, Poldark series 5 will be shown on BBC1, as well as on the UK’s favourite online streaming service, the BBC iPlayer.

It will have eight episodes that are expected to air each Sunday evening, starting from July 14th.

Each episode is supposed to go live around 9 pm and are an hour in length.

If everything goes as expected, the show will likely air its last episode on September 1st.

How to watch outside the UK?

As the online service, BBC iPlayer is geo-restricted meaning you can’t officially watch outside the, you will need to use a VPN app.

It’s a beginner-friendly app that lets you hide your real location so you can appear somewhere else.

The best one for streaming is ExpressVPN, thanks to its excellent speeds, low cost, and the fact that it works with the iPlayer – something that no a lot of others can say.

Alternatively, NordVPN and CyberGhost will also be able to do the same, although I found them to be a little less easy to use, but you are free to pick.

Now that you know what you will need, it is time to learn what you need to do.

It’s not difficult at all, and the few minutes you’ll take deciding which VPN to use is about as tricky as it gets.

Who’s back and new in Series 5?

As you may have expected, the series will wrap up the story entirely, likely with no loose ends, meaning that many old characters are returning for the final episodes.

Aidan Turner and Eleanor Tomlinson are unquestionably coming back as Ross and Demelza Poldark.

George Warleggan, played by Jack Farthing, is also returning, and so are Dwight and Caroline Enys, played by Luke Norris and Gabriella Wilde, alongside others.

Of course, the show will also see numerous new characters, although details are not revealed. What is known is that some of the names include Lily Dodsworth Evans, Vincent Regan, Freddie Wise, Kerri McLean, and others.

What’s likely to happen this series?

Initially, many believed that writer and producer Debbie Horsfield would use the next Poldark novel for making the upcoming series.

However, the novel in question – The Stranger From the Sea – is set a decade into the future from the seventh book.

The showrunners decided not to do a time skip, and instead, they would make the fifth series the final one, and use it to fill in the missing events that would lead to The Stranger From the Sea.

The novel itself has many references to events that occurred during those ten years, and writers for the show decided to use them.

Apart from known events, there are also historical events from this period, as well as people, which provides more than enough material. We wouldn’t want to spoil anything for the fans, so let’s leave it at that.

Have a look at this trailer to get you in the mood.

It’s the last series of Poldark but despite that – it is still as popular as ever.

Considering that this will be the final series of the show, you’ll likely want to watch it as early as possible without having it spoiled by internet spoilers.

As mentioned, you can easily use a VPN and set everything up within minutes and get watching in any country.

So to recap, you’ll need a VPN app from ExpressVPN or one of the other recommended services. Sign up and download their app. Then connect to the United Kingdom.

Once you’ve done that you can watch Poldark on BBC iPlayer at the same time as it’s shown in the UK or on catch-up if you miss when it goes out ‘live’.