Home » Entertainment » How to watch Playing for Keeps in the UK

How to watch Playing for Keeps in the UK 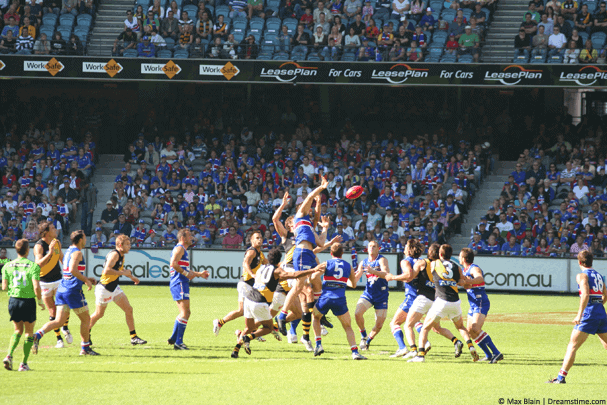 Playing for Keeps the Aussie drama centred around a fictional AFL team is back for a second series and if you're eager to watch in the UK, I've got the info you need.

AFL is to Australia what the Premier League is to the UK. If you don't know too much about Aussie sports then the AFL or Australia Football League is hugely popular down under.

If you're thinking ‘football' means what we know it as in the UK then you're already wrong. This is downright dirty, hands-on, combat sport. Or ‘Aussie Rules' as it's better known. Basically a form of Rugby for us Brits.

If you're an Australian though, Aussie Rules is a whole sport in its own and if you've been wanting to watch Playing for Keeps then your options are pretty much non-existent in the UK.

There is however a sneaky little trick that will let you watch Playing for Keeps in the UK right now. Below I'll show you how.

What you need to watch Playing for Keeps

To watch all the drama and glamour of Playing for Keeps in the UK you'll need a VPN app.

In Australia, the show is broadcast by Network 10 and streamed online on their service TenPlay. A VPN app allows you to tap into this service and watch in the UK

If you try and watch Playing for Keeps on TenPlay outside Australia then ordinarily you'll be blocked.

However, by using a VPN you can trick the TenPlay website into thinking you're in Australia which unblocks their site and allows you to watch Playing For Keeps in the UK or anywhere else in the world.

If you want to watch other shows on TenPlay then you can read our dedicated How to watch TenPlay in the UK guide.

Where can I get a VPN to watch

Typing the term ‘VPN' into Google is a bad idea. There are around 500 VPN providers across the world and we compare 20 of the best in our VPN Comparison Guide. While they all do much the same thing they can vary in quality.

It's important to get a fast VPN provider such as ExpressVPN so you can stream without issues. With a slow VPN you'll suffer buffering and other delays which can ruin your enjoyment of watching.

There are a couple of other good choices too.

If you've got time to be shopping about then take a look at these three providers and sign up for one of them.

If you're confused simply choose ExpressVPN as they've got a 30-day money-back guarantee which makes it totally risk-free. Then follow the steps below.

How to use the VPN to watch Playing for Keeps

The good news is, using a VPN is really easy. Even if you're a beginner or not very good with technology you'll still be able to get this working.

Just follow the steps below which show you how to use a VPN to watch Playing for Keeps in the UK.

Watch Playing for Keeps in the UK.

Once the ExpressVPN app has connected or one of the other providers the TenPlay website now thinks you're in Australia rather than the UK.

All that's left to do is pop over to the TenPlay website or use the TenPlay app and you'll be able to watch every episode of Playing for Keeps in the UK.

However, I certainly don't recommend it.

Not only is it copyright theft and highly illegal which could lead to financial consequences but it's just not the right thing to do.

Aside from the legality, it's also a pretty risky process. All those sketchy sites are filled with pop-ups and other nasties that put your computer or other devices in danger.

The people who run those types of sites and services want to make money and they usually do that by forcing malware, trojans and other viruses onto you.

It seriously isn't worth the risk when you can watch on the official website really easily.

If all that wasn't enough to put you off then the poor quality will definitely ruin your enjoyment.

Once you've seen the fashion, the WAGS and the fellas in Playing for Keeps you're going to want to watch them in decent quality. A poor pirate stream just won't cut it for this kind of glamorous show.

How can I get the TenPlay app?

If you're in the UK and your phone or tablet isn't registered in Australia then you'll struggle to download TenPlay from the official app store.

It's much easier to watch on a desktop or laptop because you'll only need the VPN app.

However, if you REALLY must watch on a tablet or phone then it's definitely possible.

If you've got an iPhone or iPad then it's a little bit more involved and you should follow this guide to get the TenPlay app downloaded in the UK.

If you're Aussie Rules mad or just want to know about the goings-on off the field with the WAGS then Playing for Keeps is definitely for you.

Unfortunately, there's no channel or network showing it in the UK.

For this, you'll need to get a VPN app from ExpressVPN which will allow you to watch on the TenPlay website or app.

You'll now be able to watch every episode of Playing for Keeps in the UK or anywhere else in the world.

Have you started watching the second series of Playing for Keeps yet? I would love to hear your thoughts so why not post in the comments section below.

Check out these other handy guides: