Home » Entertainment » How to watch the Olympics online anywhere

How to watch the Olympics online anywhere 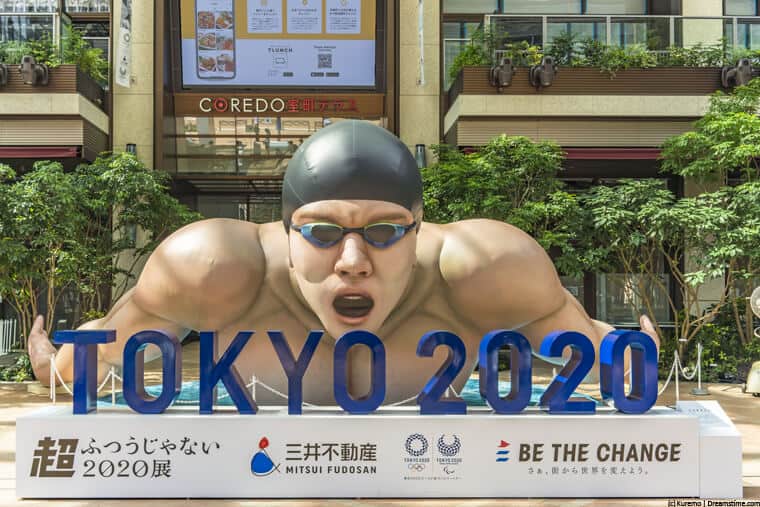 It's a year late and looks likely to be taking place in empty stadiums, all thanks to COVID-19, but let's face it, the Olympics is still the pinnacle of athletic achievement and an event that all sports fans look forward to.

With Wimbledon and the European Football Championships now confined to the history books for another year, it is time for the Olympics to take centre stage once again.

But if you are managing to get away this summer or want to watch from overseas, how can you enjoy all the best and most inspiring performances in the Tokyo Olympics this year?

In this guide, we will tell you everything you need to know to enjoy the 2020 Olympics.

Where to watch the Olympics

Coverage of the Tokyo Olympics opening ceremony, closing ceremony and all the Olympic events in between will be on the BBC here in the UK.

You can watch live coverage on all the BBC channels and if you want to live stream any of the action, you can do so on the BBC's streaming service, the BBC iPlayer.

But that is only if you are live streaming from inside the UK.

If you are overseas, you will find that all BBC Olympic coverage, and anything else you might want to watch on the iPlayer, is blocked outside the UK.

Fortunately, there is a solution to this; a VPN app. Want to know more? I'll tell you all in the section below.

What you need to watch in your country

If you want to watch the Tokyo Olympics on the BBC overseas, you will be able to do so with a Virtual Private Network or VPN.

A VPN is a tool used primarily to protect users privacy and security when going online.

It will reroute all of your internet data through a third party server to hide your IP Address which tells others where you are located when you are online. It also encrypts everything you do online.

However, VPNs are also helpful if you want to watch major events like the Tokyo 2020 Olympics too.

This is because if you connect to a server in the UK, you can make services like the BBC iPlayer think you are in the UK even when you aren't.

A VPN can unblock the BBC iPlayer and let you enjoy the opening and closing ceremonies and all of the Olympic Games no matter where in the world you are.

Which is the best VPN for the Olympics?

It is important to note that the BBC iPlayer does try to stop people using VPNs in this way and it is only the best VPNs that can unblock it.

ExpressVPN is our recommended VPN for unblocking the BBC iPlayer and is ideal for streaming major events live on the BBC overseas.

For this years Tokyo summer Olympics, it is the perfect solution.

This is thanks to its fast, consistent speeds, its wide range of apps that will work on all mobile and desktop devices as well as many devices such as the Fire TV too, and its sizeable selection of servers based in the UK.

There are a few other VPNs that are up to the job, like NordVPN and CyberGhost VPN, but ExpressVPN is head and shoulders ahead of the pack at the moment.

If you want a VPN to watch the games in Tokyo live this year, it is the best one for you.

How to live stream the Tokyo Olympics abroad

Once you have chosen the right VPN for you, the next step is to get things set up to enjoy the sport in Japan.

It is a lot easier than you might think but here is a simple step-by-step guide for you to follow.

If you are travelling abroad, it would be simpler to do this before you leave but you can get ExpressVPN going from just about anywhere in the world.

You will need a BBC iPlayer account to watch or stream events on TV. This can be signed up to for free and all you will need is a UK postal code such as W12 7TQ.

You'll also need confirm you have a valid UK TV licence before you watch anything.

When do the Olympics take place?

The host country for the 2020 Olympic Games is Japan, with all the sport taking place in and around the capital city of Tokyo.

The Opening Ceremony and the closing ceremony will take place at Tokyo's new Olympic Stadium.

The Games will run from 23rd July – 8th August with a couple of the games events starting on 21st July.

Athletes to look out for

There is no shortage of star names set to light up the Tokyo Olympics. According to the latest news, some of the names to look out for in Tokyo include:

The Tokyo Olympic's promise to be a huge spectacle from the opening ceremony until the last gold is awarded.

If you want to watch the Tokyo Olympics on TV from abroad, you can do so on the BBC iPlayer, but only if you use a VPN.

So if you want to live stream the latest Olympic Games in Tokyo, Japan, then grab ExpressVPN and enjoy viewing wherever you are.