Home » Entertainment » How to watch Netflix Canada in the UK

How to watch Netflix Canada in the UK 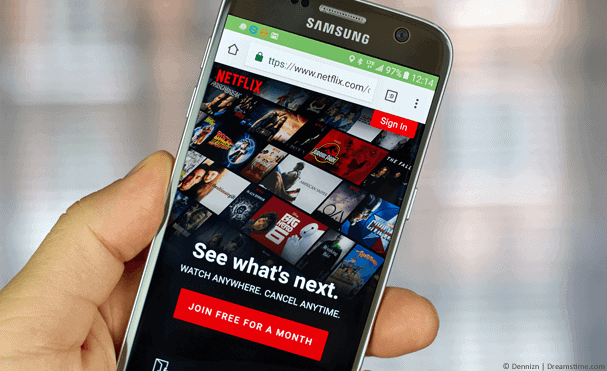 If you're looking for a way to watch Netflix Canada in the UK then this is the guide you need. In this guide, I'm going to show how you can watch the Canadian Netflix website in the UK and in other countries too!

Netflix is without question the best online streaming service to date. However, one anomaly about Netflix is the fact that they have completely different catalogues of movies and TV shows depending on what country you're in.

Below you'll learn how you can watch Netflix Canada in the UK.

As you'll already know Netflix varies by region and while the Canadian Netflix catalogue isn't quite as big as the American one, it does have some exclusives that aren't available elsewhere.

At the time of writing Netflix Canada has exclusive series such as Game Shakers and Harvey Beaks and movies that aren't available elsewhere like I, Tonya, The Dream Team, Dogtown and Z-Boys and a whole host more.

If you're in the UK you may find that whatever show or movie that you want to watch isn't available even though it is available on the Canadian Netflix site.

The great news is you can watch Netflix Canada in the UK easily and all you'll need for this is a VPN service.

A VPN service comes in the form of a small app you download for your tablet, phone, computer etc. There are hundreds of providers out there but not all work with Canadian Netflix.

One that does and I recommend is ExpressVPN because not only do they work with more devices than most but they also have a 30-day money-back guarantee and if you take an annual account you'll get 3-months free.

Below I'll show you how to get a VPN and how to use it.

How to stream Canadian Netflix in the UK Step-by-Step

To watch Netflix Canada in the UK you'll need to get a VPN service. I recommend ExpressVPN because I tried and tested them.

There are other providers such as NordVPN and Cyberghost VPN who work incredibly well with Netflix Canada, and a whole host of other Netflix regions.

Just follow the simple steps below to get started: 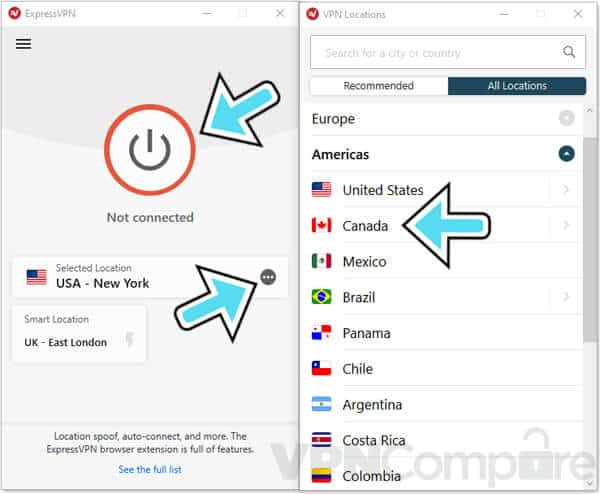 It will take less than 15 seconds for the app to make the connection.

Once it's connected it's time to head over to the Netflix website like normal or open your Netflix app.

To check this try searching for some of the Netflix Canada exclusives such as ‘Game Shakers'. Once you see this pop up then you know you're on the Canadian Netflix website and can watch any TV Shows or Movies as you wish.

You're probably wondering if VPN apps are legal?

The good news is, Yes, VPN apps are completely legal. They're both legal in the UK and Canada plus most other countries around the world.

Their intended purpose is to protect your online privacy and it's a side feature of that privacy protection that lets you access Netflix Canada in the UK.

When you're connected to a VPN service like the one from ExpressVPN no one knows what you're doing on the internet and Netflix only see a connection from Canada so thinks you're physically in Canada.

How does a VPN let me watch Canadian Netflix?

Understanding how a VPN helps you watch Canadian Netflix in the UK is really simple.

When you're in the UK and you try to access Netflix the service knows this and so lets you access UK Netflix.

When you use a VPN service from ExpressVPN it's like putting a middleman in Canada between you and the Netflix site. The middleman passes your request to Netflix.

Netflix only sees the middleman in Canada making the request and so offer up the Canadian Netflix site. The middleman then passes back what you requested in the form of a movie or TV show.

All this is done automatically and once you're connected to the VPN app you won't even know it's happening behind the scenes. All you need to do is enjoy your movie or show from the Netflix Canada website.

One other feature is the whole connection is encrypted meaning not even the VPN company know what you're watching or accessing.

Watching Netflix Canada in the UK is actually really simple.

To watch Canadian Netflix in the UK you'll need to get yourself a VPN service. I recommend using ExpressVPN because they're one of the few providers who work with Netflix Canada, in fact, I couldn't find another working.

They also have a huge 30-day money-back guarantee so if it doesn't work for you for whatever reason then it's risk-free. Plus if you want to watch Netflix Canada longer they'll give you 3-months free on their annual package saving up to 49% so it's really a no-brainer.

You can get ExpressVPN by clicking the button below. Once you've signed up download their app, install it and connect to Canada.

You can then watch as much Canadian Netflix in the UK as you want. You've also got the added bonus it works elsewhere in the world too such as the US, Europe or anywhere else you happen to travel.