Home » Entertainment » How to watch the Netball World Cup 2020 anywhere

How to watch the Netball World Cup 2020 anywhere Netball fans from all over the world are getting more and more excited with every passing day. Of course, this is hardly surprising, considering that the 15th Netball World Cup is only about a week away.

Even though it is a young sport, it has attracted a lot of attention from all corners of the globe, and many are excited to watch it. It's turning out to be a great summer for womens sport.

Of course, as usual, this is likely to be a problem for a great many people due to geo-restrictions.

Depending on where you are, you might not have access to watch it. Luckily, there is a way to bypass the restriction and stream in any country. Below we will show you how.

When is the Netball World Cup taking place?

First things first, the 2019 Netball World Cup will take place between July 12th and July 21st of this year.

The final will take place on the last day, starting at 5:00 pm BST. This leaves you with only several days to prepare things for watching, so let's see what you have to do.

The competition will be covered live free to air by the BBC, and everyone in the UK who does not plan on watching on-location will be able to view on BBC Two or BBC iPlayer.

However, if you will be outside of the UK – whether because you are travelling, or you live outside the country, you won't have access to either of those.

Both are geo-restricted, and so you will need a simple VPN app to unblock them.

The best VPN choice is to use ExpressVPN – not only because it is one of the few that works with the UK's services, but it is also lightning-fast which is vital for live streaming sport like Netball. 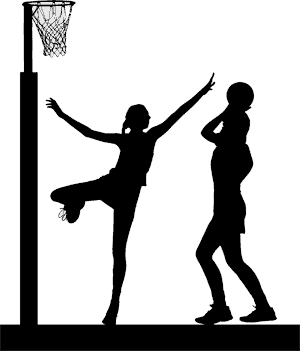 Alternatively, NordVPN and CyberGhost are worth checking out, and you are free to choose.

Now that you know what you need, it is time to learn how to get it. The process is simple after you pick the right VPN, which is the most important part.

The rest of the steps are as follows:

As you can see, the process is swift, and you can be done with it within minutes, so the sooner you get your VPN and set it up, the better.

Where is the Netball World Cup taking place?

The tournament will take place in England, at the M&S Bank Arena, in Liverpool.

The Arena was constructed in 2008, and it can hold up to 11,000 people. The venue itself is the centrepiece of the ACC Liverpool sporting and events precinct.

What countries are taking part?

This year's World Cup will have sixteen teams competing, with five of them qualified automatically, due to a high ranking position in the INF World Rankings, plus England itself, as the host country.

Those include Australia, New Zealand, South Africa, Malawi, Jamaica, and of course England. 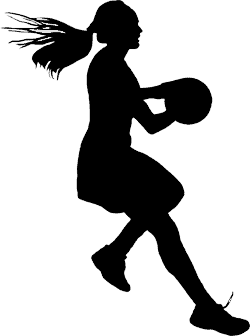 As the host country, as well as the one who invented the sport, England is in the heart of it.

Australia won the last World Cup in 2015, which got to face New Zealand in the final.

Even so, Australia won only barely, with a 58-55 victory. The Australian team did get to keep the trophy after leaving the Allphones Arena, and the match was witnessed by a massive 16,752 people, which was also a world record for any netball game.

The question now is whether or not Australia will manage to win this time as well. They're clearly the leader in international Netball.

The country has been winning ever since the tournament in 2007, being the titleholder for 12 years, now. Interestingly the last five finals stretching back as far as 1999 have been between Australia and New Zealand.

The Netball World Cup Liverpool is kicking off this July 2019, and fans around the world are excited about following the tournament.

However, not everyone will be able to watch, and if you're one of them, then you're probably looking for a way to live stream the games.

Thankfully if you use a VPN app from ExpressVPN or one of the other services mentioned earlier in this guide you can unlock the UK's BBC iPlayer and watch anywhere in the world.

Now all that's left to do is wonder if it'll be an Australia v New Zealand final (yet again!) and who, if anyone can push the Aussies off that top spot.