Home » Entertainment » How to watch Naver TV in the UK

How to watch Naver TV in the UK 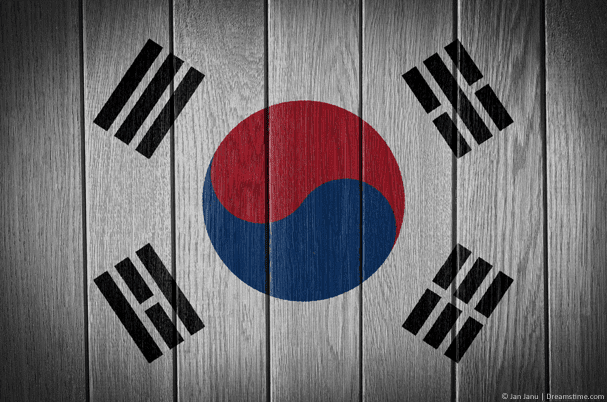 In this guide you'll learn the extremely simple steps that will let you watch Naver TV in the UK or any other country in the world.

If you're a K-Pop fan or you love Korean drama and culture then you'll definitely have heard of Naver and the Naver TV service. Unfortunately, Naver TV is restricted to viewing from within South Korea only.

As it has some exclusive live videos of the top K-Pop groups like BTS, Wanna One, EXO, Black Pink, Twice and more. Plus a whole host of other Korean videos, movies and more you probably want to watch in the UK or in another country.

Below we've got all the details you need that will show you how you can watch Naver TV in the UK and elsewhere in just 6 simple steps.

Watch Naver TV in the UK and any other country

If you've already tried to access the Naver TV website and you're not in South Korea then you'll know you're blocked from viewing.

To bypass this block you'll need to sign up for a VPN service that allows you to pretend you're in South Korea. This will allow you to watch Naver TV in the UK or any other country in the world.

A VPN will set you back a few US Dollars per month and you can sign up for as little or long as you wish. They also work with all kinds of devices like Android and iOS tablets and phones and more traditional laptops or computers running Windows or Mac.

Just follow the 6 steps below and you'll be able to watch Naver TV in your country.

How to watch Naver TV:

You're now free to watch as much Naver TV as you want from the UK or any other country in the world.

There are no restrictions on what you can watch and you can disconnect and reconnect as many times as you want. There are also no additional charges.

If you think it'll be too difficult watch our example video below.

In the example video below we used a Windows PC to connect to South Korea and watch Naver TV but the process is exactly the same on Mac computers and mobile and tablet devices too.

As you can see it just takes a few seconds to make connection and then you can watch as much Naver TV as you wish.

What is Naver TV

Naver TV is one of, if not the most popular online streaming service in South Korea.

You could basically say it's the South Korean version of YouTube.

Naver TV mostly shows TV shows, movies and music videos from South Korean producers and artists but it's possible to find other content there too.

The service should definitely be the first site you visit if you're a K-Pop fan or you love other Korean music, movies or culture. Often Naver has exclusive music videos and live streams from some of the biggest groups in Korean music.

As well as individual shows and music videos you can also access South Korean TV networks such as JTBC, YTN, KBS, CJ E&M Music and a whole host more.

How does a VPN even work and is it legal

VPN apps are tools to protect your online privacy. As more companies try to track and monitor what you do online, VPN are the tools that fight back.

A VPN stops companies from knowing what you're doing online and profiling you. As part of this protection, it allows you to alter what country websites think you're in.

So for example when you visit Naver TV directly in the UK it knows this and so blocks you from watching. When using a VPN you can pretend you're in South Korea and so Naver TV lets you watch any content you want.

VPN services are completely legal in the UK and most other countries in the world. They're a legitimate tool to protect your online privacy.

To watch Naver TV in the UK or anywhere else outside South Korea you need to get yourself a VPN app.

Our recommended VPN app is NordVPN because it works well with Naver TV, some others are too slow or just don't work at all. Once you've got the NordVPN app connect to a South Korean VPN server with it.

Then simply visit the Naver TV website and enjoy streaming whatever content you wish. You can grab a VPN by clicking the button below and if you get stuck just follow the 6 simple steps earlier in this guide or watch our example video.