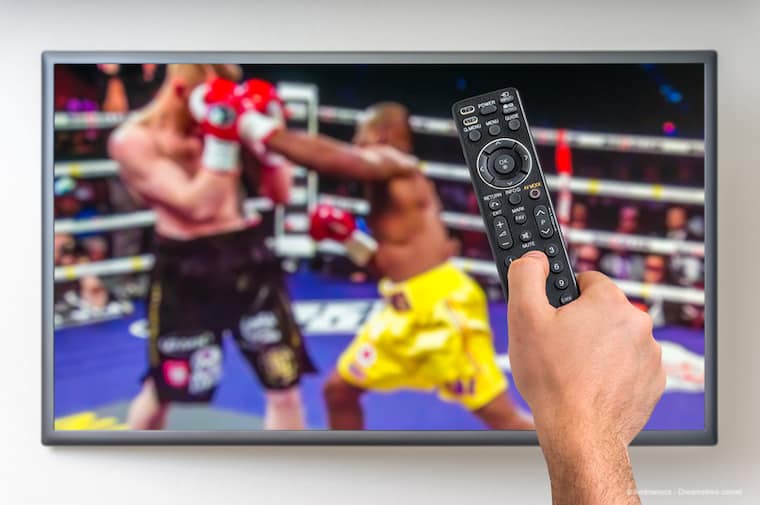 I’ll be showing you how you can stream the Lomachenko v Campbell fight and undercards without a cable subscription.

Not one, not two, but three belts will be on the line when Vasiliy Lomachenko takes on Luke Campbell in a World Lightweight unification bout. Lomachenko will be defending his WBA and WBO titles while the vacant WBC belt will also be at stake.

Both fighters are former Olympic gold medal winners, while Lomachenko is perceived by many to be the best pound-for-pound boxer in the world right now.

As Campbell himself has said, “This is going to make one hell of a fight.” He’s not wrong.

This is a bout that no boxing fan will want to miss. And you don’t have to, even if you don’t want to shell out for an expensive pay-per-view pass. In this article I am going to tell you everything you need to know.

Lomachenko v Campbell is being shown in the UK on Sky Box Office. This means fans will have to cough up £19.95 to watch just this one fight.

For many boxing fans, you may not have that option – especially if you’re not in the UK. But there is an alternative. The fight is being shown for free overseas and also being streamed online too.

These streams will be blocked for regular users outside the country but if you use a VPN app you can avoid these blocks.

The best VPN to use for the Lomachenko v Campbell fight is VyprVPN. That’s because it has connection points in the country you’ll need but which not all VPNs offer.

But VyprVPN does and it also comes with good speeds, security and privacy provisions, and apps for most devices too. Another option you could consider is Surfshark and you are free to choose.

If you want to enjoy the Lomachenko v Campbell bout from the comfort of your own living room without paying top dollar, Russia’s MatchTV is the best channel to opt for.

You will need a VPN to unblock their stream. Sounds complicated, but if fact it’s very easy to do. Just follow these few simple steps:

Use VyprVPN to stream for free.

If you have trouble connecting, try a different server. It shouldn’t take more than a couple of tries to find one that works.

The Lomachenko v Campbell unification bout will take place on August 31st. It is taking place at the O2 in London.

That means UK fans don’t have to worry about time differences but those from other countries should check for this.

Coverage will get underway from 6pm British Summer Time but there are a number of exciting fights on the undercard which mean the main event is likely to be much later in the evening.

Vasiliy Lomachenko is defending his WBA and WBO Lightweight world titles. His ambition is to unify all the World Lightweight belts and the WBC belt, which is currently vacant is also on the line here.

Lomachenko has a career record of 13 wins from 14 fights with ten knockouts. He won world titles in three weight divisions by his 12th fight, the fewest ever, and is widely regarded as the best pound-for-pound fighter in the world.

For Luke Campbell, who comes from Hull, this is his second attempt to win a World Lightweight title. In 2017, he fought Jorge Linares and lost on a controversial split points decision.

His career record of 20 wins from 22 bouts, including 16 knock-outs makes him a very credible contender to Lomachenko’s titles. But, there is no denying that he comes into the fight as the underdog.

Who else is fighting?

Given the scale of the main fight, there is a packed and extremely exciting undercard ahead of the Lomachenko v Campbell fight.

There are exciting looking bouts between Joshua Buatsi and Ryan Ford, and Joe Cordina and Gavin Gwynne. And if that wasn’t enough Savannah Marshall, Dalton Smith, and Connor Coghill will all be in action too.

Lomachenko v Campbell already has the makings of being a classic bout. If you don’t want to miss it and are unable to access the cable subscription then using a VPN app is the solution.

VyprVPN is your best bet. Sign up with them and you can unblock the free live coverage on Russia’s MatchTV channel.

In this article, we have given you all the information you need to do just that. We have also whet your appetite for what promises to be a fantastic feast of boxing throughout the evening.