Find out how to watch the Liverpool v Manchester City Capital One Cup final live online and for free in this guide.

On Sunday 28th February 2016 the Capital One Cup final will take place at Wembley, UK.

Manchester City saw off Everton in the semi-final with a controversial second goal set up by former red Raheem Sterling. While Liverpool kept their fans on tenterhooks as their semi-final game against Stoke went to penalties.

Jurgen Klopp is aiming to take his first piece of silverware since joining Liverpool late last year while Manuel Pellegrini hopes to add the first trophy to Manchester City’s haul this year.

Sky Sports will be showing the game live at 4:30 pm GMT but if you don’t have Sky Sports or you’re not in the UK and want to watch the Capital One Cup final between Liverpool and Manchester City then read our guide below and I’ll show you how you can watch online from anywhere in the world.

If you’ve tried searching for a way to watch Liverpool v Manchester City online then I’m sure you, like me have come across tons of questionable websites. I actually fear even clicking on most of them because of bad experiences in the past of ending up with a computer filled with trojans and viruses.

Not to mention that those sketchy websites are highly illegal.

The great news is there is an official US online streaming service called Fubo.tv that offers a 24 hour free trial. The even better news is that they’ll be streaming Liverpool v Manchester City in the Capital One Cup final live online.

If you try to visit the Fubo website in the UK or elsewhere outside the US then you’ll be restricted to only a few channels of which none show any matches.

Fubo.tv without a VPN

The good news is for both Liverpool and Manchester City fans is there is a small tool called a VPN that allows you to appear as if you are in the US and unlock all the available channels on Fubo.tv.

Fubo.tv with a VPN

Liverpool v Manchester City will be shown on the beIN Sports channel which is available on Fubo.tv.

So if you’re wondering what to do next to watch the cup final then keep reading below.

Where to get a VPN for Fubo.tv

VPN services are available from tons of different companies, some are good, some are bad. To stream video from the US to yourself wherever you are you need a reliable and fast VPN service.

I’ve been testing various VPN providers to find out which work best with Fubo.tv and have come to the conclusion that a company called IPVanish offer the best service.

I’ve put a list of the three best VPN providers below so first sign up to one of these by clicking their name to visit their website and then keep reading to find out how to use it to watch Liverpool vs Manchester City.

How to use the VPN to watch Liverpool vs Manchester City

Now you’ve signed up to a provider all you need to do is download their software for your PC or Mac from the website of the provider you signed up to.

Install and run the software and connect to the United States. On the IPVanish software for example you press Server Selection and then US Media or Gaming. 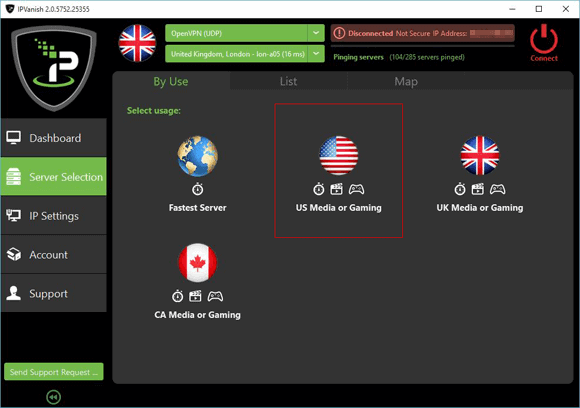 Once the software has made connection visit the Fubo.tv website.

You’ll now have 24-hour free access to Fubo so don’t start this process until Sunday.

Next visit the Liverpool vs Manchester City match page on Fubo.tv while still connected to the VPN service and you’ll be able to stream the match live.

As soon as the match has finished, cancel your Fubo account unless you want to keep it and you won’t be charged.

Disconnect from the VPN and everything is back to normal. You can of course keep the VPN service to watch the other available matches on Fubo.TV, see our Fubo.TV article for more information on what other football they show.