Home » Entertainment » How to watch Liverpool vs. Flamengo live anywhere

How to watch Liverpool vs. Flamengo live anywhere 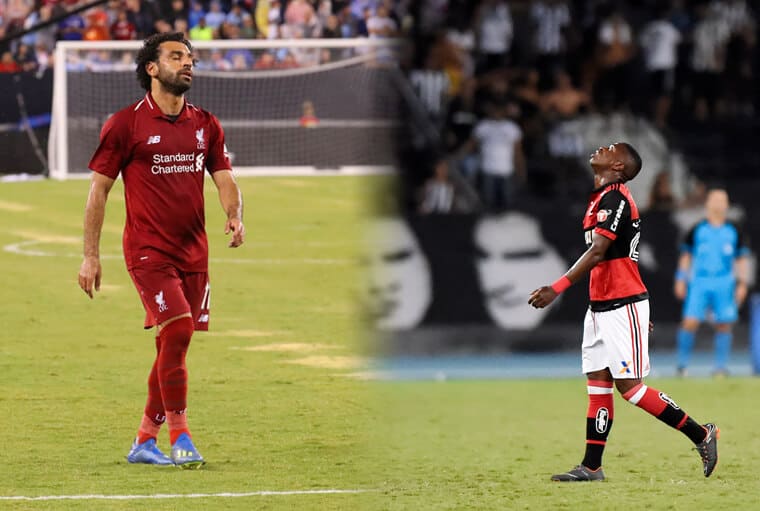 Liverpool is about to hit it off with Flamengo, which will be a very memorable match that millions of people around the world want to watch.

However, depending on where you are in the world will dictate what kind of coverage you have access to.

While some countries like the UK are showing the match for free, others with less interest won't be showing it at all.

It is the final of the 2019 FIFA Club World Cup, and as such, it is the last big competition match this year.

So if you're in a location where you can't get access to a live stream of the game – this is the guide for you.

Below we have a solution that will help you gain access to the stream of the match from anywhere on Earth. Keep scrolling down to find out more.

Tools you will need

The match will be shown on the UK's BBC and BBC iPlayer, the country's most popular streaming service.

If you are in the UK, log into your account, and you're good to go. If you don't have one, then you can create one quickly.

If you are anywhere else in the world, however – you won't even be able to access it and the site will keep you locked out.

BBC and its iPlayer are blocked outside of the country, so what you need is a way to bypass those geo-restrictions, and the best way to do that is with a VPN.

A VPN app is still the best method for bypassing any restrictions, and with it, you will be able to watch the match in no time.

VPN's ability to protect your privacy and provide you with anonymity online is well known.

In fact, that, in combination with the ability to bypass geo-restrictions is what made VPN apps so popular that there are hundreds of providers out there today.

What this means for you is you can unlock and watch the Liverpool v Flamengo game anywhere in the world.

While this sounds like a good thing, it has its downsides, as not all VPNs are equally as good.

Luckily, we know of a few excellent services, such as ExpressVPN, which is our go-to solution for unblocking UK content.

Some other good choices include CyberGhost VPN and NordVPN, but we believe ExpressVPN to be the best. However, the choice is yours. You can't go wrong no matter which you choose.

Steps to stream Liverpool vs. Flamengo

So far, we have established that you need a VPN to access BBC iPlayer, in order to watch the match.

While this might sound complicated, it isn't, and you can go through the entire process in a handful of steps.

Here is what you need to do to get watching the game:

When is the final taking place?

The final match will see the clash of England's Liverpool and Brazil's Flamengo, and it will take place tomorrow, on December 21st.

This is a multi-purpose stadium that is part of the Doha Sports City complex.

It is also home to the Hamad Aquatic Centre, Aspire Academy, as well as the well-known Aspire Tower.

Liverpool will face Flamengo in the final match of the Club World Cup in order to secure one of the very few pieces of silverware that are only open to champions.

The two teams previously met a long time ago, in 1981, when Flamengo outclassed Liverpool.

England's team also lost several more times to Latin America's teams over the years, and they will undoubtedly want to fix that.

However, many believe that Flamengo is more than capable of squaring up to Liverpool and beating the team, especially when it comes to a single game.

With the champion's of Europe firing on all guns but a lacklustre display in their semi-final game and the heroes of Brazil going head-to-head this is sure to be a tough game for both teams.

No matter who wins, this will definitely be an exciting match that will go down in history.

Liverpool vs Flamengo will take place on December 21st, and it will be the final match of the Fifa Club World Cup.

As such, it will be one of the most popular events this year, which is unfortunate for those who have no way of watching it.

Luckily, it is available on BBC iPlayer, but the trouble lies in the fact that the iPlayer itself cannot be accessed outside of the UK.

This is easy to change, however, and all you need is a reputable VPN app such as ExpressVPN. With one you can catch the live stream of the match in top-quality no matter what country you're in at the time of kick-off.