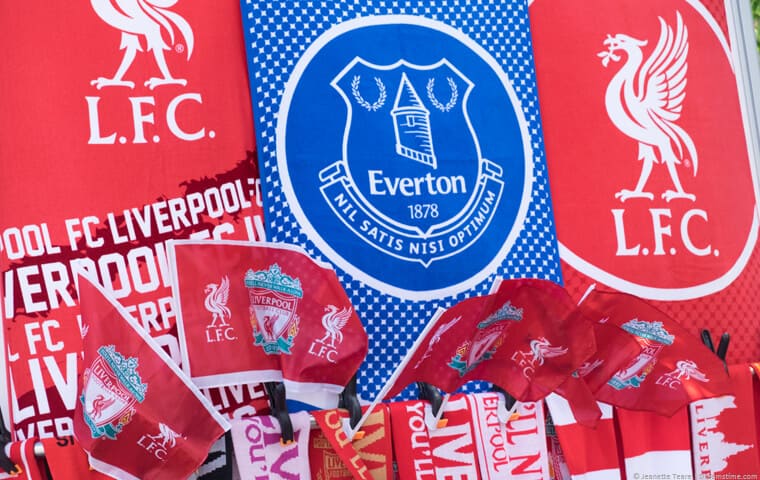 With the start of 2020, we are only a few days away from the FA Cup Third Round, which will, once again, see the face-off between Liverpool and Everton.

Regardless of who your favourite team is, you will not want to miss this match.

As you likely know, this is a derby between the two Merseyside teams, although Liverpool is generally viewed as a stronger one (Sorry Evertonians!)

Whether or not this will be the case in the FA Cup's Third Round remains to be seen.

As this is such an important match to watch, I will be showing you how to watch it even if you find yourself outside of the UK during the game.

No need to miss a second of the action.

Where is the match shown?

The match broadcast will take place on BBC, as well as online on the BBC's iPlayer.

If you are in the UK at the time of the match, you can watch it with ease. Just flick your TV to BBC 1 or head to iPlayer to watch on the move.

If not, then you're likely to have problems as the game won't be shown in most countries across the world.

But, there is no need to worry, as you can watch the match from anywhere in the world, and the only thing you'll need is a VPN app which I'll tell you more about below.

What's a VPN and where to get one?

As you may know, VPN stands for Virtual Private Network.

These are apps that allow you to become partly-anonymous online, in addition to increasing your online security and privacy.

However, the fact they allow you to ‘change your location' is vital for watching this match, as it will enable you to hide your real location and appear to be located elsewhere.

All you need to do is connect to a server in the UK, and you will be able to access any UK-only content from any other place on the planet.

Now, there are plenty of VPN providers out there, and not all of them are suitable.

However, there are also a few that are incredibly efficient and useful, and our favourite is ExpressVPN, due to its high speeds which is excellent for watching live sports such as the football.

There are a couple of other good choices like CyberGhost VPN or NordVPN and you're free to pick the one you like best.

How to stream Liverpool vs Everton

Without further delay, let's explain how you can get a VPN and what you should do with it to watch the match during the live broadcast.

According to everything we know, Liverpool has a stronger team and much better chances of being victorious.

Currently sitting top of the Premier League versus Everton's 11th place and you already see the struggle faced.

The two have faced off one another almost 300 times so far, with Everton winning 82 times, while the two teams found themselves equally matched on 83 opportunities.

However, Liverpool ended up winning 120 matches in total, which supports the common belief that this is the team that will win the upcoming game. Having not won since 2010, it will take a lot for Everton to be victorious.

Still, it is worthy of note that Everton does have a new manager, so things remain in the air still, and it is possible that the team might yet surprise everyone by taking the Cup.

Liverpool and Everton are two teams that have been clashing against one another for well over a century now.

During this time, Liverpool was always just a bit stronger, although Everton managed to hold its own quite well over the years. With a new manager on its side, the team might surprise everyone in this match, but the only way to find out if that will happen is to watch the game.

If you are travelling, or you live outside of the UK, you can still watch the match through the use of a VPN.

Follow the instructions above and sign up to ExpressVPN. You'll then be able to view all the action whatever country you're in.