Home » Entertainment » How to watch Liege-Bastogne-Liege

How to watch Liege-Bastogne-Liege 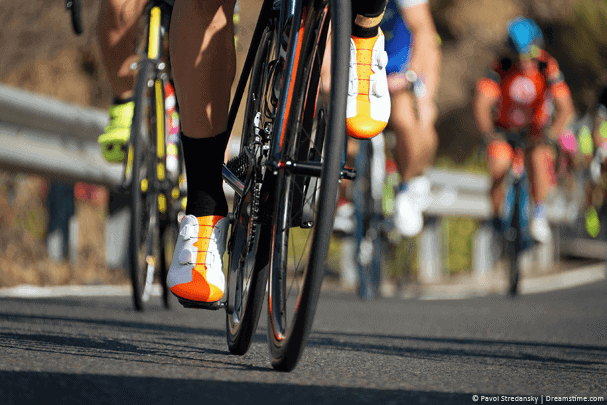 Are you a fan of cycling?

If so, you must know that Liege-Bastogne-Liege, also known as La Doyenne (The Old Lady) is coming up in Belgium.

The one-day cycling race first took place 128 years ago, and it remains a classic to this day. It is the oldest of the five Monuments of Europe's professional road cycling calendar.

But, even if you are a fan, your ability to watch it will largely depend on your location in the world.

Of course, several streaming services will show a live broadcast, but most are geo-restricted, and you won't be able to watch them. At least not unless you have an expensive cable subscription.

For those of us that don't, you could be left with nowhere to stream the race live.

Never fear – below I'll be showing you how you can tap into one of those official live streams and watch for free regardless of where you find yourself in the world.

What do you need to watch the race?

Of course, the situation is not that bad, if we get imaginative. The best way to watch the competition is to access Australia's SBS On Demand service.

The service covers all of the popular cycling events such as Liege-Bastogne-Liege, and the only issue is that it is geo-restricted. However, you can still bypass the restriction with a good, robust, fast VPN.

VPNs can let you do this, as they can change your location depending on which of their servers you connect to.

We recommend using ExpressVPN for this purpose, as it is the fastest and the best around.

Of course, there are also others, such as IPVanish, or NordVPN – the choice is yours.

Our No #1 VPN to watch live

When is Liege-Bastogne-Liege taking place?

Liege-Bastogne-Liege will take place on April 25th this year, and the live coverage should broadcast the race from 1:00 pm to 4:30 pm.

This is, of course, UK time, so you might need to check when is that for your region.

If you're outside the UK then use this time converter to work out the live stream time in your country.

How to watch Liege-Bastogne-Liege?

Watching the race is easy with a VPN, and there are only four simple steps that you need to follow:

The first thing that you must do is choose a VPN, and then go to its website, and sign up.

We recommend ExpressVPN but any of the three services mentioned earlier are suitable.

The process is simple, and all you need to do is enter some basic information, such as email and password. Choose your payment method, and you will be set to go.

It's worth noting that if you sign up for a year, you can save 49% which is well worth it for watching other cycling events and sports throughout the year.

After signing up, you need to download the app and install it. The process is very easy and straightforward, install it like any other app or program.

At this point, you should be ready to log into the app and choose a server. The login details are the ones you created when you signed up.

Pick any server in Australia, and that is pretty much it.

Watch the race live with ExpressVPN.

You will be ready for the last step, which is:

Go to SBS On Demand, put your best cycling hat on and enjoy the race live.

As the name suggests, the race will start at Liege, from where the cyclists will go towards Bastogne, and then back to Liege again.

The finish line will be in the centre of Liege, and it will likely favour riders who are used to fast, flat finishes.

The route is 256 km long in total, although the final 100 km will be the greatest challenge, as it will hold nine ramps.

Our No #1 VPN to watch live

Who is taking part?

As always, the race will include multiple teams, including all 18 World Tour teams, as well as seven wildcard teams.

As for the racers, we can likely expect to see many well-known faces, such as Alejandro Valverde from the Movistar Team and  Anna van der Breggen of Boels Dolmans who will take part in Liege-Bastogne-Liege “Femmes”, both of which were winners in 2017.

Anna van der Breggen also won in 2018, while Valverde's 2017 victory marked his fourth win in the past 13 years.

Who's won the race most?

In the men's race, Eddy Merckx was the cyclist with the greatest number of races won – as many as five of them.

However, Alejandro Valverde is right behind him with four won races thus far. The difference is that Valverde is still active, and this year's race might mark his fifth victory, thus making him Merckx's equal.

One of the oldest and greatest cycling races in the world – Liege-Bastogne-Liege – is about to start.

Cycling fans from around the world will be watching the live broadcast with excitement, anxious to see who will be the winner of this year's race.

If you are among them, but your country will not broadcast the race, you might have no alternative than to employ a VPN and connect to a server in a country that will.

We recommend ExpressVPN, as the fastest VPN service with servers in 94 countries around the world. With it, you will be able to unlock any streaming service such as Australia's SBS On Demand and enjoy the race live.